What happens when everyone is stuck in the same time loop, without knowing?

Alt-Frequencies is an audio mystery game where you use the airwaves to open the world’s eyes to the truth. Record, rewind time and broadcast snippets of radio shows to expose radio hosts, conspiracy theorists, politicians, underground activists – and a dog.

By redistributing information, you change what happens in the next 3 minute time loop and impact both news cycles and the lives of the people behind them.

Listen as their personal stories evolve, in a world that seems to stand still.

“Accidental Queens once again manages to use non-conventional gameplay systems to tell a story that is grounded, relevant and compelling.”
4/5 – USgamer

“Alt-Frequencies takes audio games to the next level.”
Destructoid 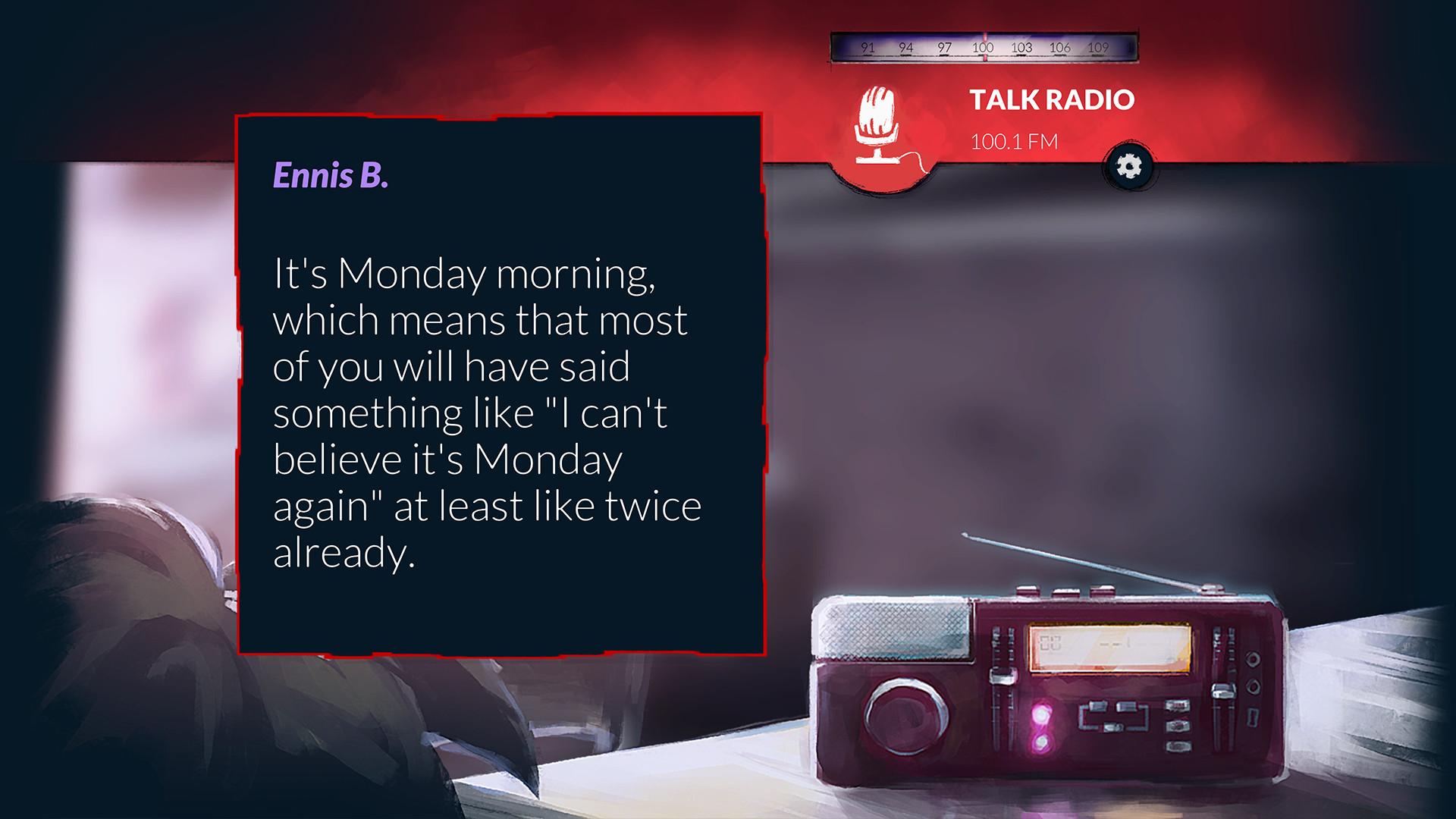 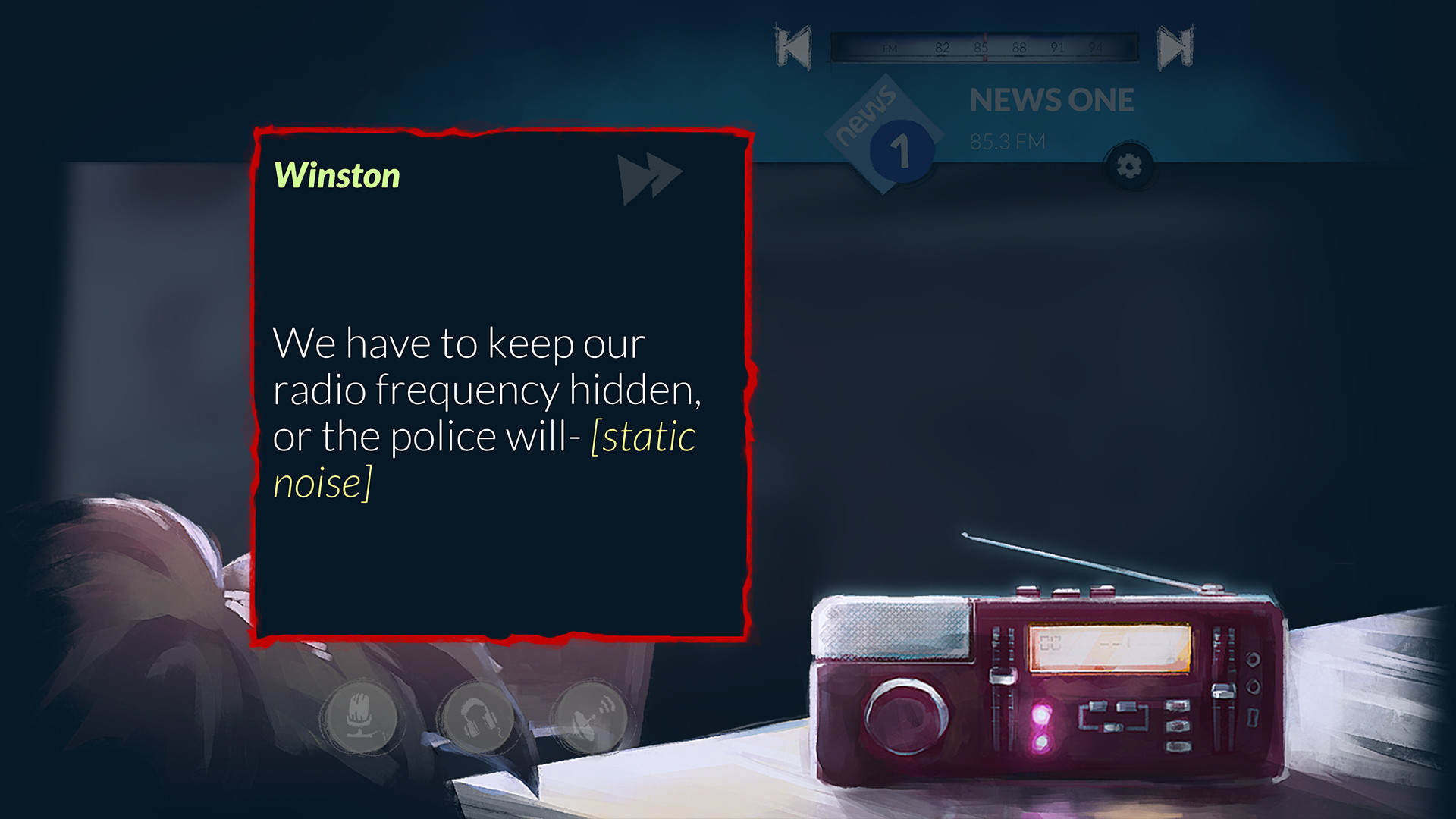 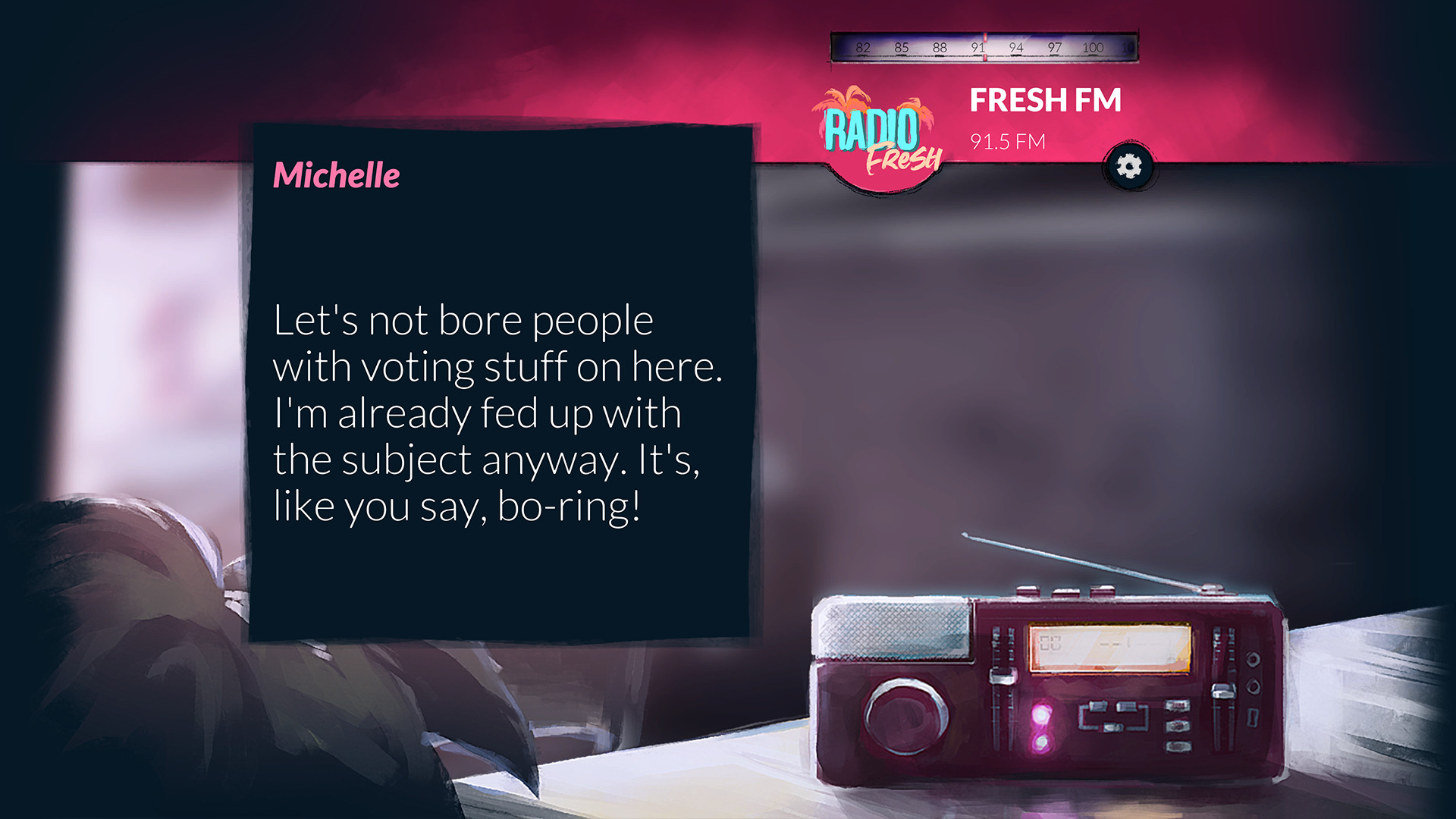