Breed an army of beetles, feed and raise them, then send them into battle!

Beetle Uprising is a combination of real-time tactics gameplay, breeding simulation, and home building. Your mission: conquer the abandoned lot and smite all who stand in your way! Featuring a complex genetics system based on real-world science, your army of beetles can be interbred to bring out the best traits for combat, aesthetics and survivability.

From the relative safety of your nest, you will breed generations of beetles that will fan out over the treacherous abandoned lot to conquer territory and unearth its riches. Unlock the secrets of your genetic potential through careful pairings of select members of your swarm. Learn new abilities and enhance the performance of your species over generations of offspring. Biting is a dependable attack that no beetle should underestimate, but what if you could spit caustic bile? drain your enemies’ vital fluids? or perhaps explode in a wondrous shower of carapace flavored shrapnel! This and more are only a few choice alleles away… should you discover them.

But your domination isn’t all biting and slashing. You must rear your beetles and tend to their needs of food, comfort and health. As you conquer new territories, you will retrieve the necessary resources like seeds, berries, and that most prized of delicacies: rotting meat. Send out your beetles to explore new areas, learn of their defenses and treasures. If your chosen champions are up for the task, they may well find rare items to aid the swarm in its rise to power. Perhaps they’ll retrieve a soothing bar of soap, a rubber ball, or even some nutritious brains! Nothing tickles the ganglia like comfort foods.

New beetles joining your ranks will inject fresh DNA into the gene pool. Not only will they unlock new abilities and enhance their foraging and fighting traits, crossbreeding will also reveal rare beetle aesthetics like horns, spikes, ridges, colors, textures and metallic finishes! Each beetle you raise will be uniquely yours, a master of statistics, looks, and stature.

Taking over each territory will require specialized abilities and tactical decision-making as you lead your swarm into battle. Feel the fluid joy of your horde in battle. You don’t push individuals about like puppets, you usher them about as a maestro would lead a symphony building up to a crescendo and crashing them upon your enemies like a tidal wave of destruction. 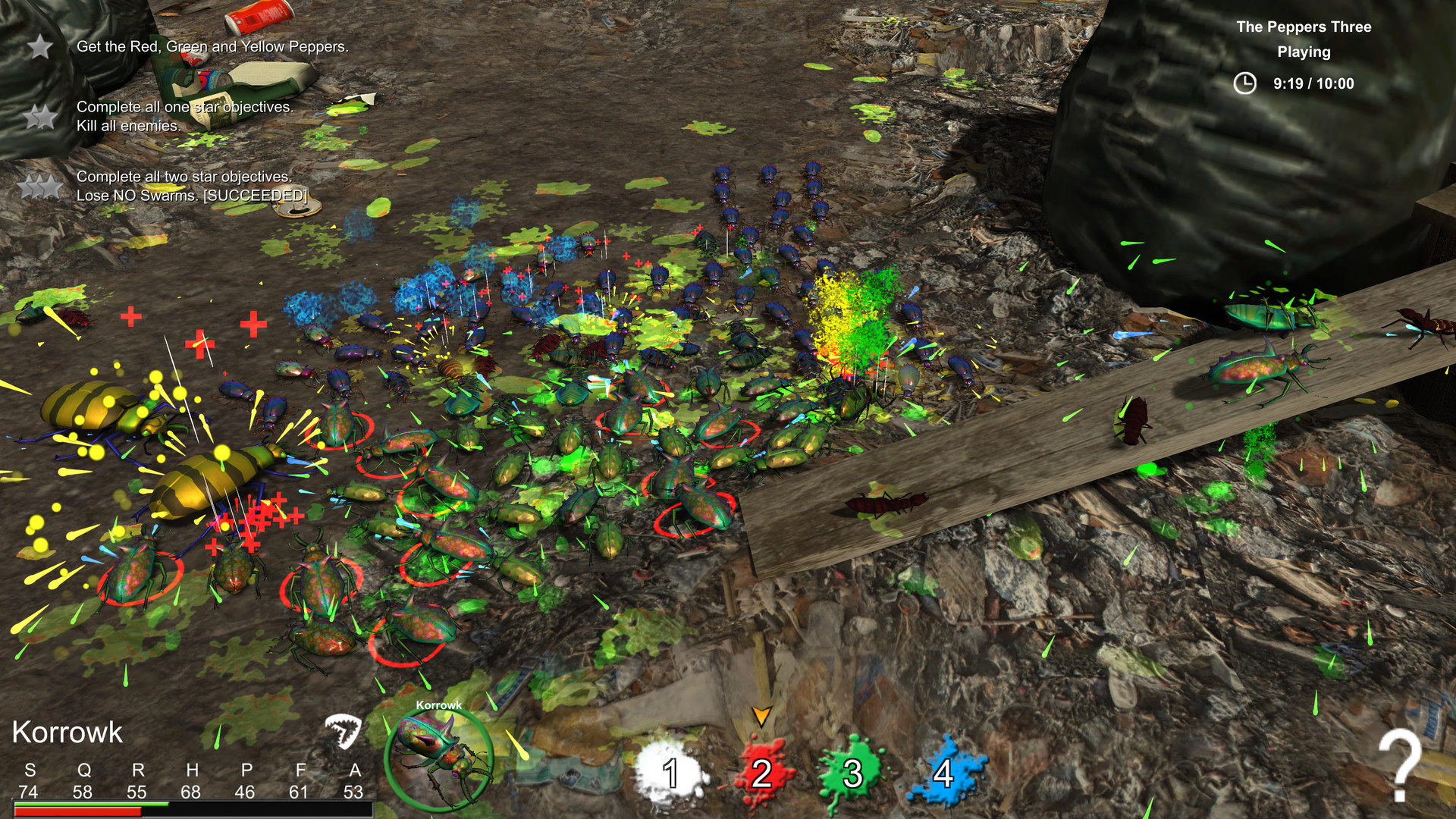 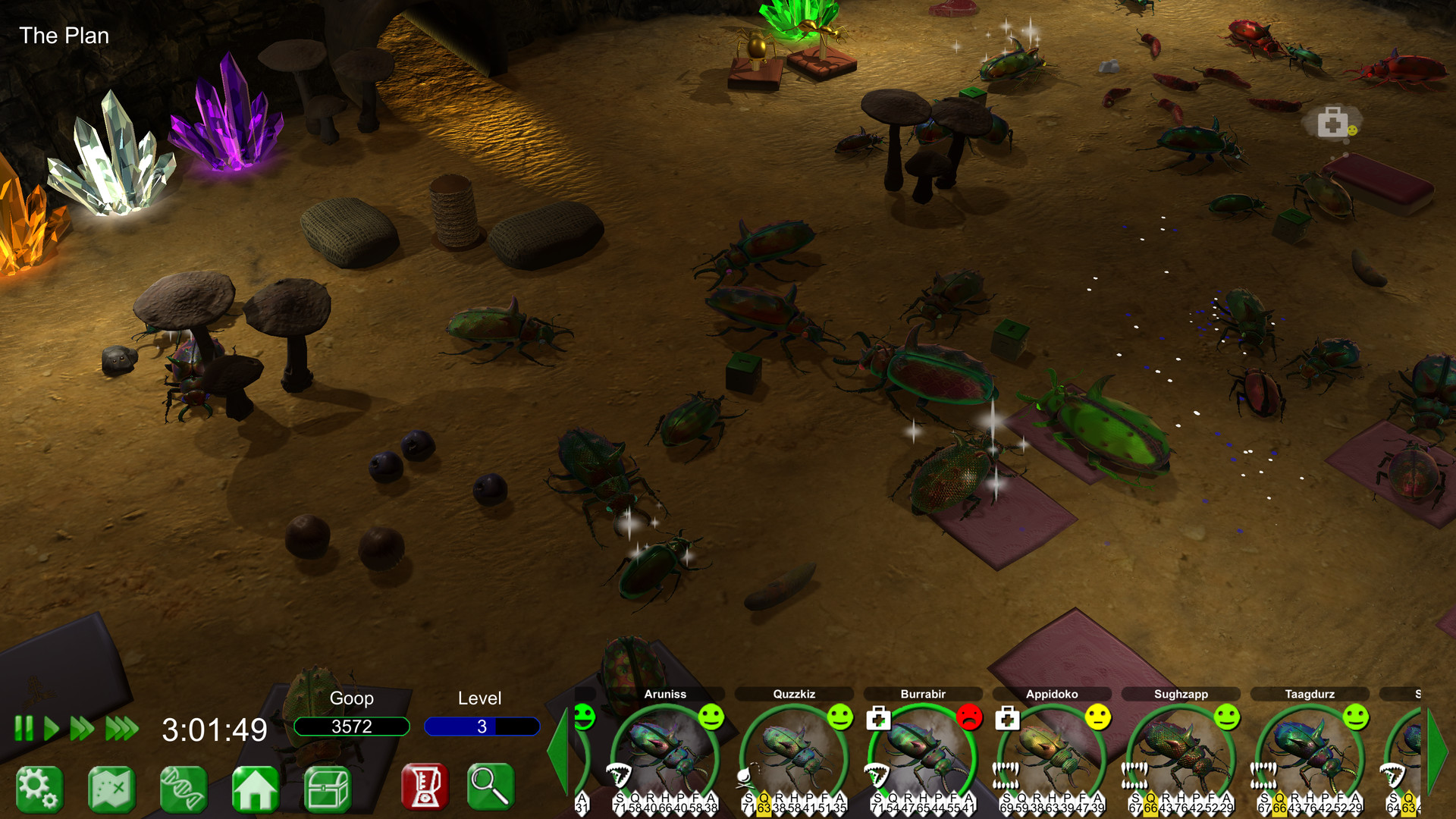 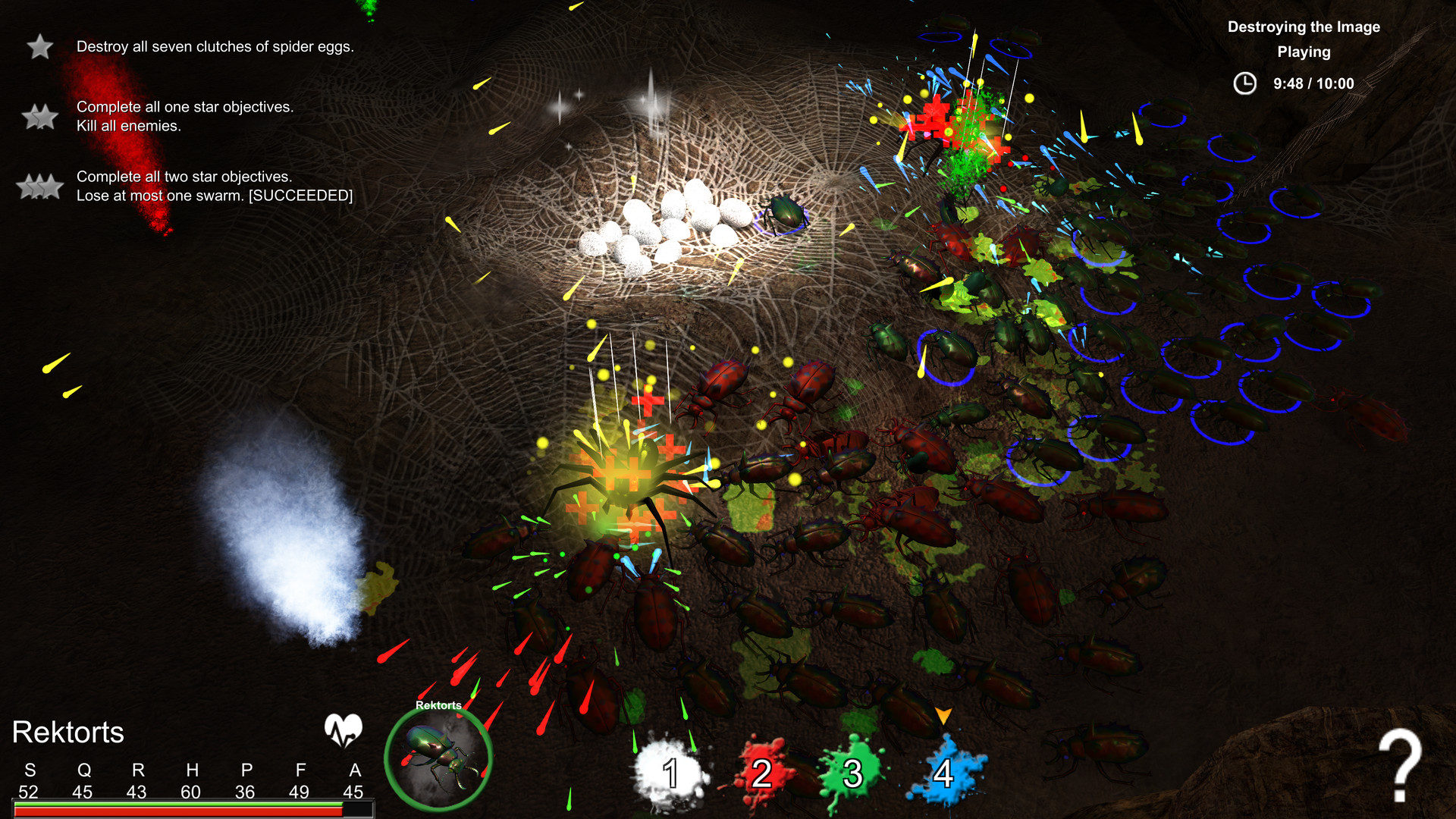