CUBERS: Arena, is an electrifying arena brawler/ twin-stick slasher game. Play as Baller, a slave fighting his way through an array of gladiators to reclaim his freedom!

Multifaceted and immersive game modes; 4 uniquely themed arenas, all with their own atmospheric effects and enemies, destructible environments and fist-clenching boss fights in Campaign mode. An extensive line up of multiplayer (and solo!) mini-games such as Time attack, Defender, Sparring, Dodgeball, and many more! Try different skills, weapon type, upgrade items, socket gems or various difficulty levels for various outcomes in the fight!

Choose from an arsenal of over 100 unique weapons, armory, and skills to fight off waves of enemies. Two-handed weapon or a sword and shield combo? Gems to power up your weapons? The choice is yours! Finish a stage and receive gems that can be later used to increase the power of your items.

”Free-for-all” friendly fire system, meaning traps and enemies can hurt everyone, allowing for complex tactical options. Enemies can hurt each other too, so use it! Observe and plan who to defeat first and who will unsuspectingly aid you in battle!

Gain points by playing in campaign mode and mini-games. PRO TIP: finishing a stage for the first time, gives you two times more awards and enemies, not killed in combat, give you only a half of experience and points. A huge combo is a key to a huge score! Compete with other players for the highest score on the leaderboard! 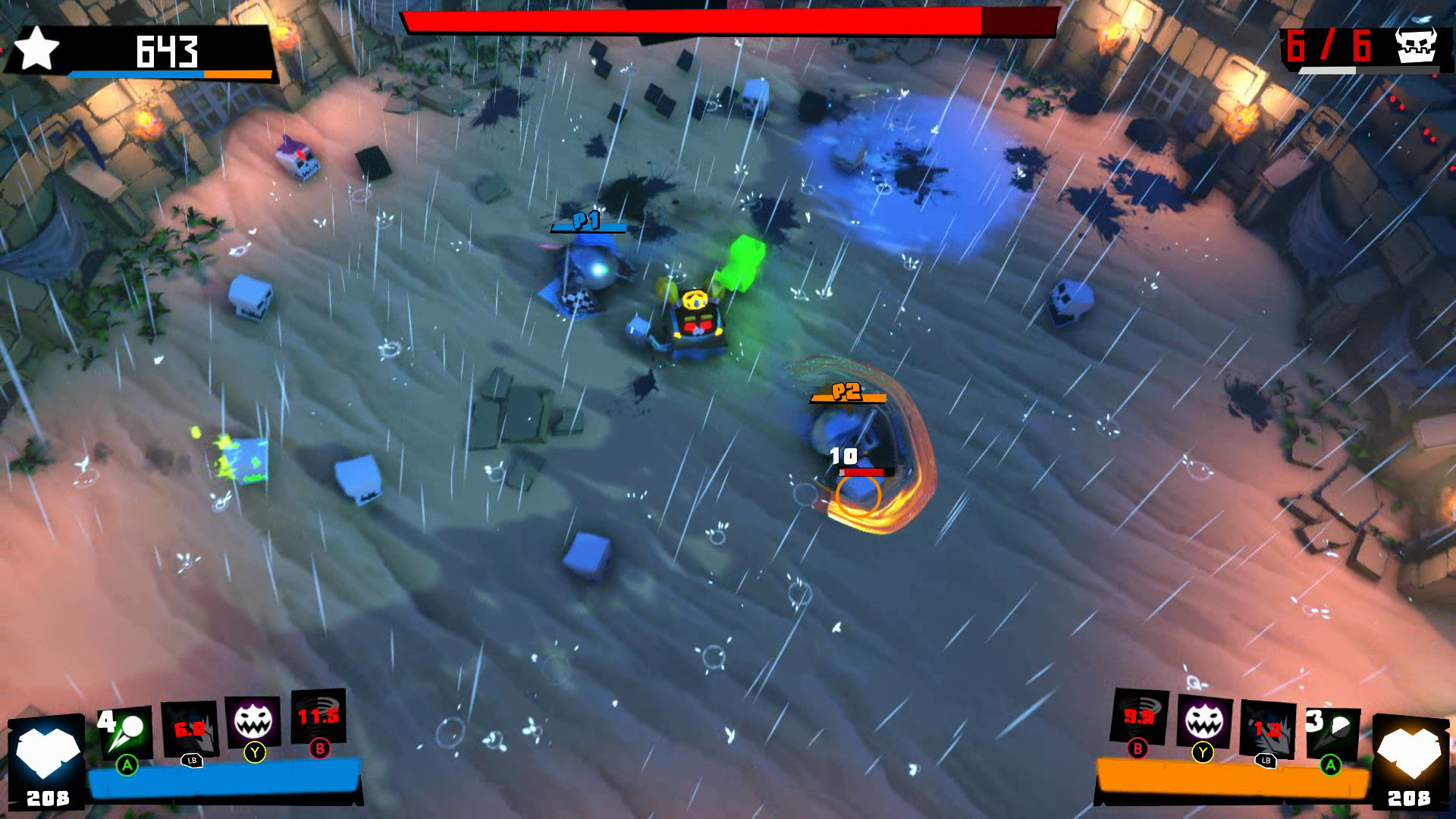 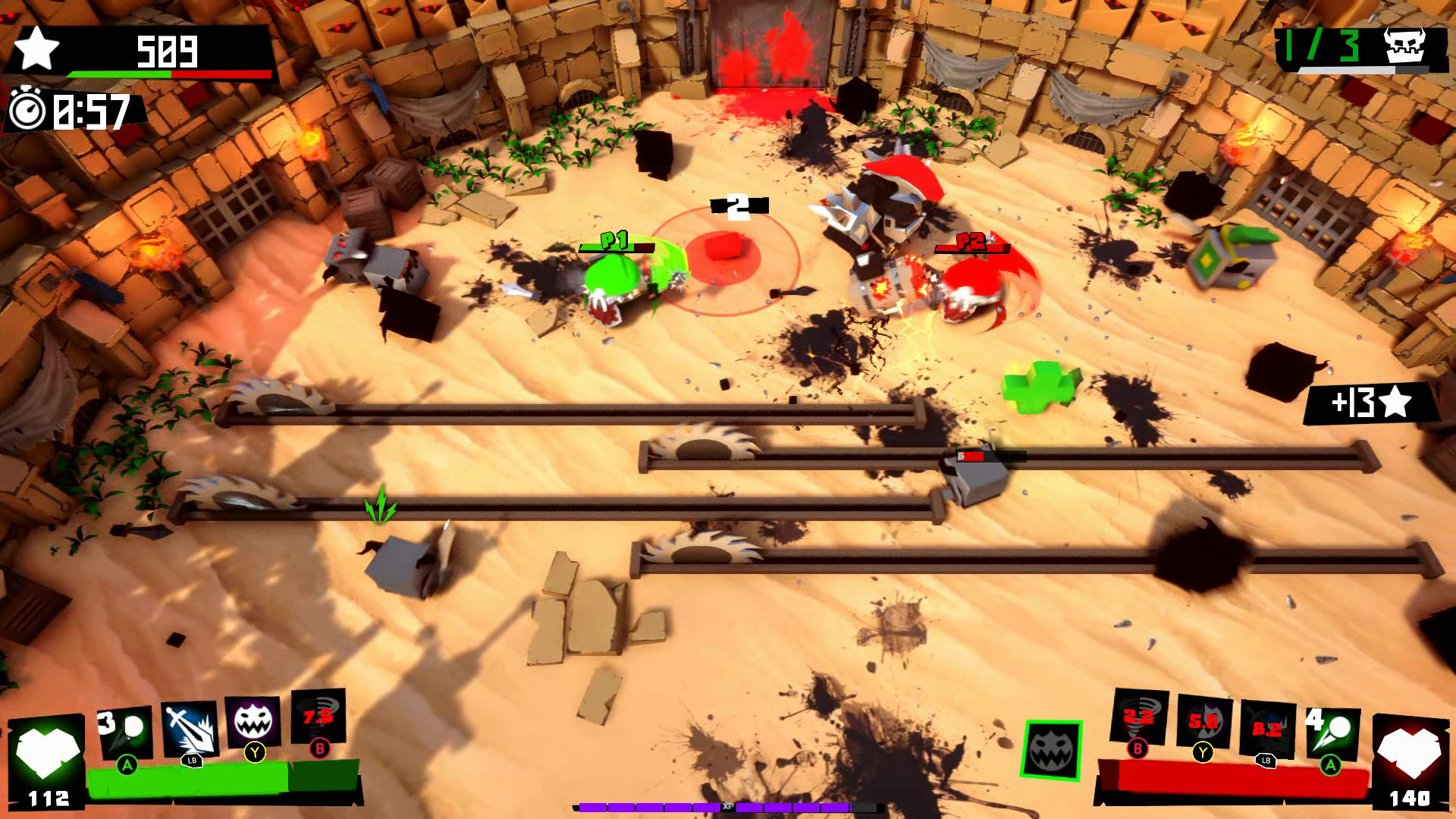 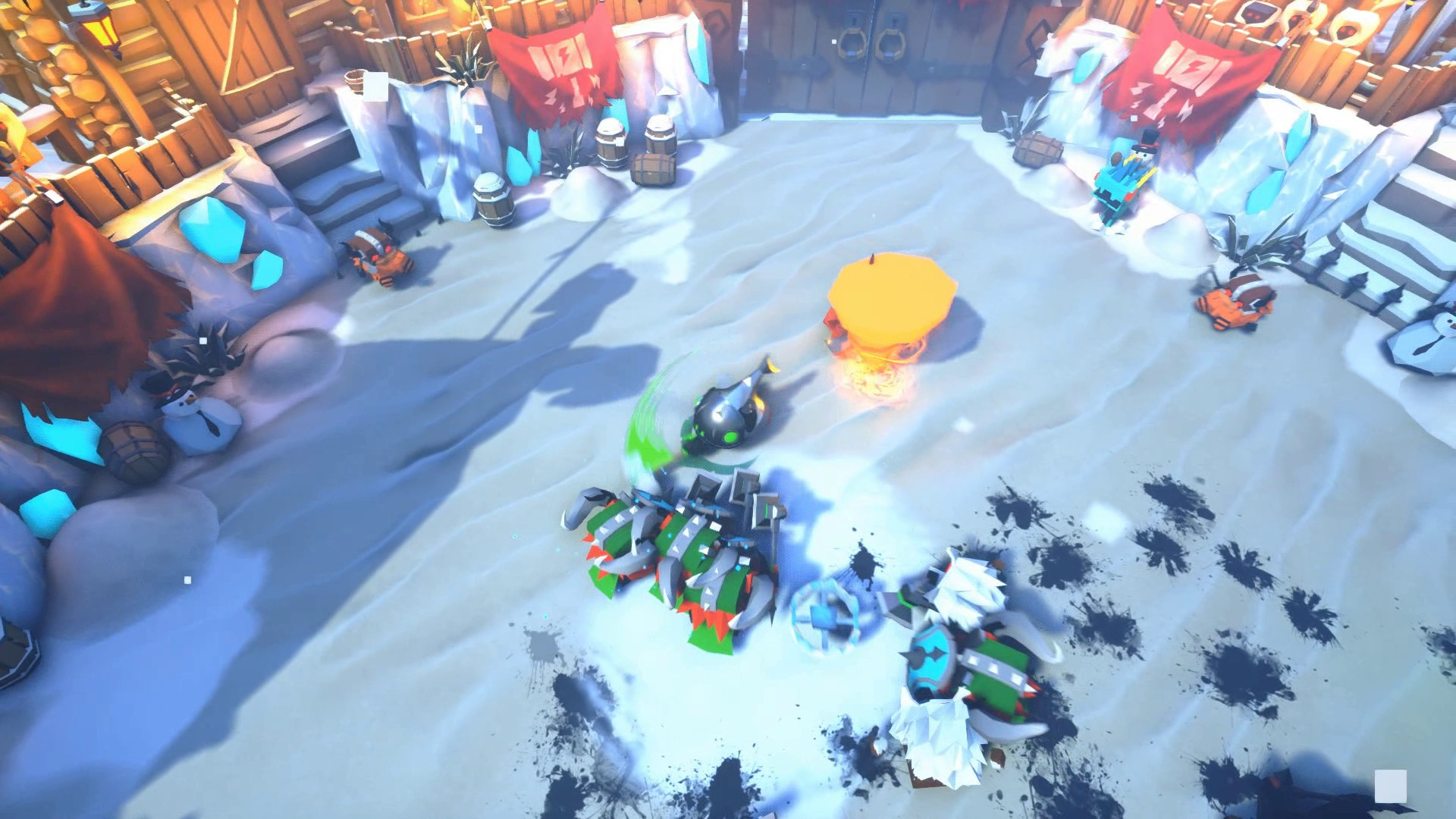