Discworld Noir is the third and last PC game based on Terry Pratchett’s popular fantasy universe. It is also my most favorite, even though Rincewind (the hero from the other two games) is nowhere to be found, and light-hearted humor has been replaced by forboding atmosphere and shady characters.

The one thing that Discworld Noir has in common with its predecessors, though, is the sharp British wit… and droning dialogues that seem to take forever. Discworld Noir is set in the most depraved city in the Discworld, Ankh-Morpork, where the sun never shines (because it is always night). You play Lewton, a downtrodden P.I. who was once a member of the Watch (i.e. Discworld police) until he was fired for accepting a bribe. The beautiful and mysterious Carlotta just hired you to find Mundy, her ex-lover. As you start looking into Mundy’s disappearance more missing persons cases present themselves to you. Missing persons start turning up dead with yours truly as the prime suspect. Throw in a missing artifact, some shady underworld characters, and the ex-girlfriend who broke you heart, and you have all the elements of classic Raymond Chandler noir novels.

In a refreshing break from the recent trend of 3D adventures, Discworld Noir is a traditional third-person adventure with a few novel twists. In addition to the standard point-and-click interface, you have a notebook that contains a list of suspects and clues. You can use the clues and suspects’ names just like any other inventory item: by clicking on its name, then clicking on something else in the environment that you think relates to it. If the two things are related, you will gain new insights that often lead to new clue(s) appearing in the notebook. This way of simulating the deductive process is highly effective, and fool-proof– since there are dozens of names and locations, it is nearly impossible to deduce new leads by simple trial-and-error.

There are also many other pleasant surprises that keep gameplay fresh and fun, such as a special ability that you also use via the inventory screen, and many unexpected plot twists. Since you are a P.I., it only makes sense that you will spend a lot of time talking to suspects. Unfortunately, this is one of the game’s few weaknesses. While most of the conversation is witty, they are also excessively long– not unlike the previous two Discworld games. The same criticism also applies to most of the cut-scenes, which end up being mere showcases of the game’s 3D effects rather than integral to the plot. The voice acting is also overdone, although it is somewhat appropriate for the game’s tongue-in-cheek noir style.

Despite all my nitpickings about the weak use of multimedia, though, Discworld Noir is an excellent adventure that’s well worth the money. Its interesting plot and characters, great interface, and challenging puzzles really brings Lewton’s world to life, and make the game’s weaknesses seem trivial. Similar to Adventuresoft’s Feeble Files, all 3 CDs of the game are packed with a lot of solid gameplay and great plot development. Although this underdog was never released in the US, it is still widely available from stores in Europe-based on-line stores at bargain prices. A must-have! 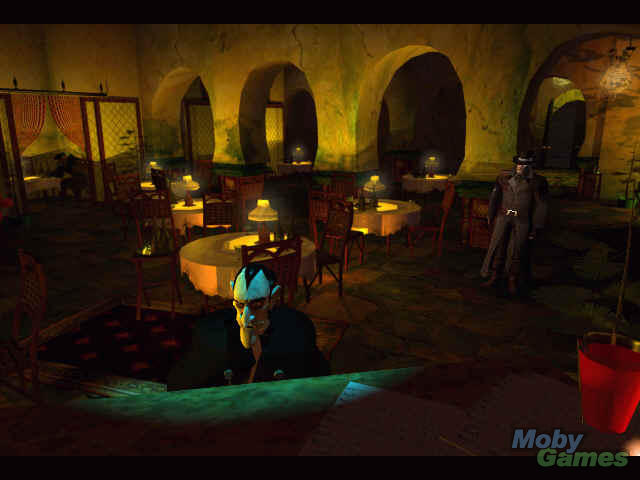 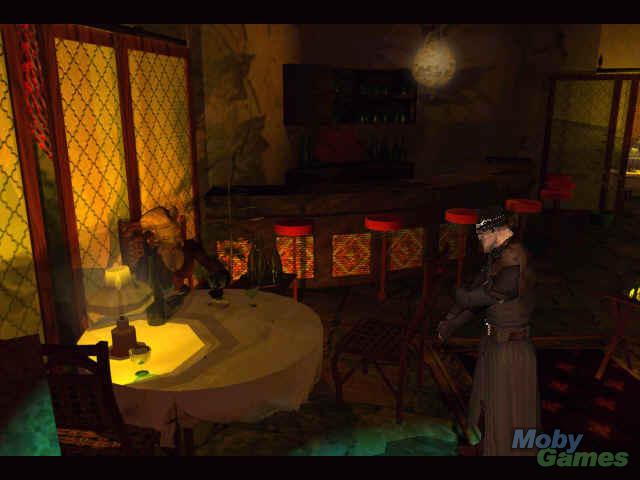 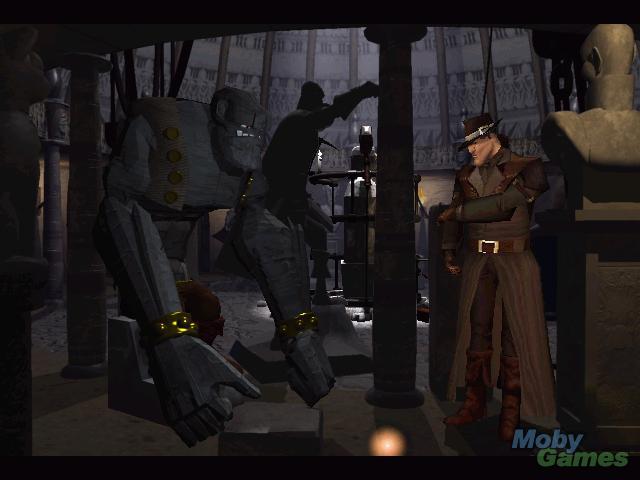