Double Turn is a pro-wrestling party brawler for up to 4 players. Fight in fast-paced versus matches. Master the simple combat, execute destructive signature moves, and take down your opponent to take home championship gold.

Straightforward controls keeps combat fast and fluid. Approachable to play with your friends, with enough variation to dive deep in wrestling mastery. Strike to throw powerful fists and quick elbows, block to defend against attacks, and throw your foe with classic wrestling maneuvers. Takedown opponents with devastating signature moves. Everything you do is to fuel the heat of the crowd. Whether they love you or hate you, keep the crowd cheering and build up enough momentum to best any fighter. Fighting builds heat, heat charges your signature, and signatures get you championships.

The Brawler is a tough-as-nails street fighting heel. Throwing fists and cheap shots, he’ll do what it takes to win.

The High Flyer is a high flying masked luchadora. This underdog babyface is always determined and ready for a fight even in the face of bigger badder foes.

The Striker deals fierce attacks and is a master of strong style. She is a heel who commands the ring and makes sure her opponents feel the pain.

The Showman is a fan favorite babyface who thrives off the cheers of all of his fans. A goody-two-shoes who will always do what’s right and is at the face of the company. 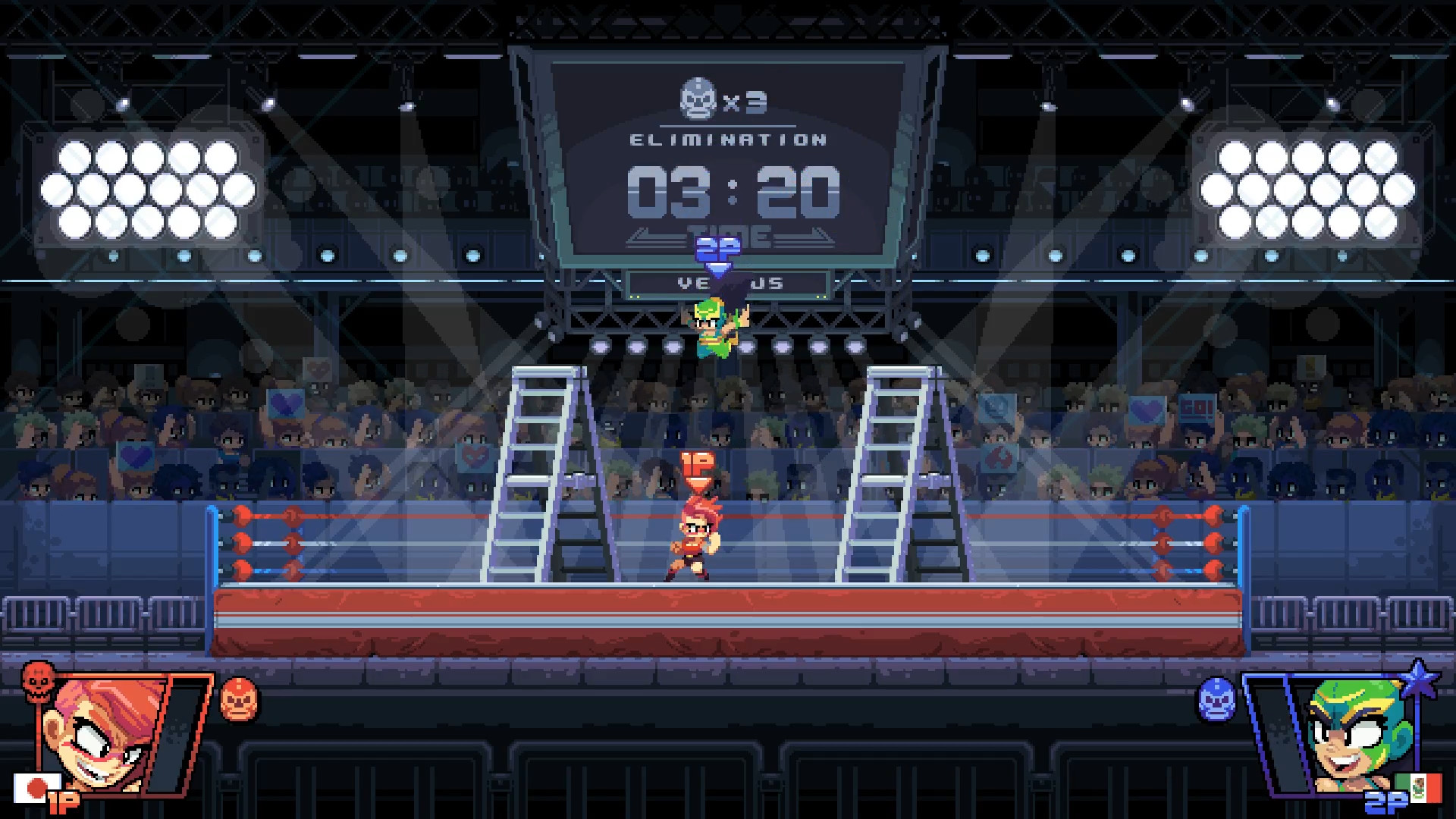 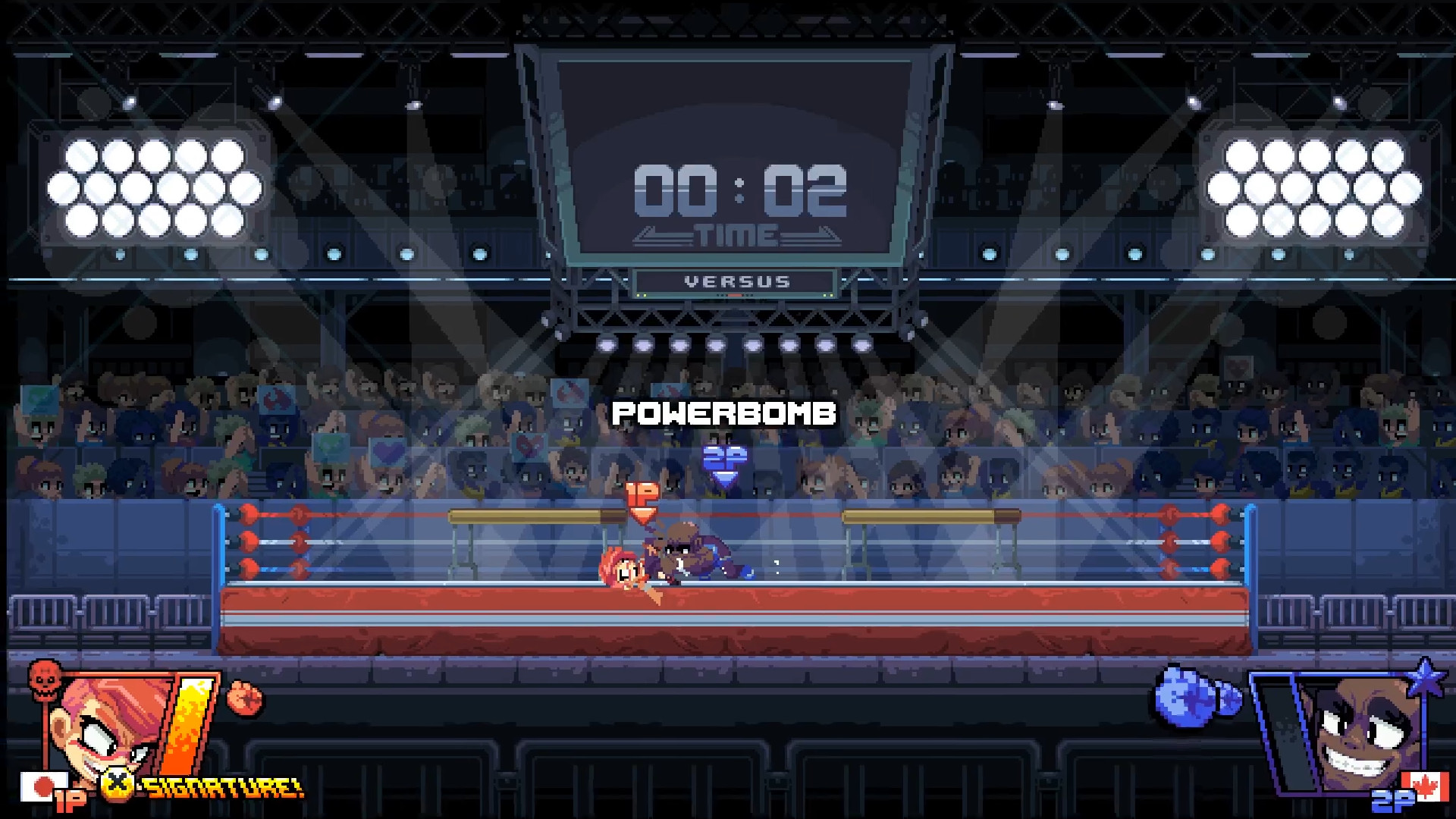 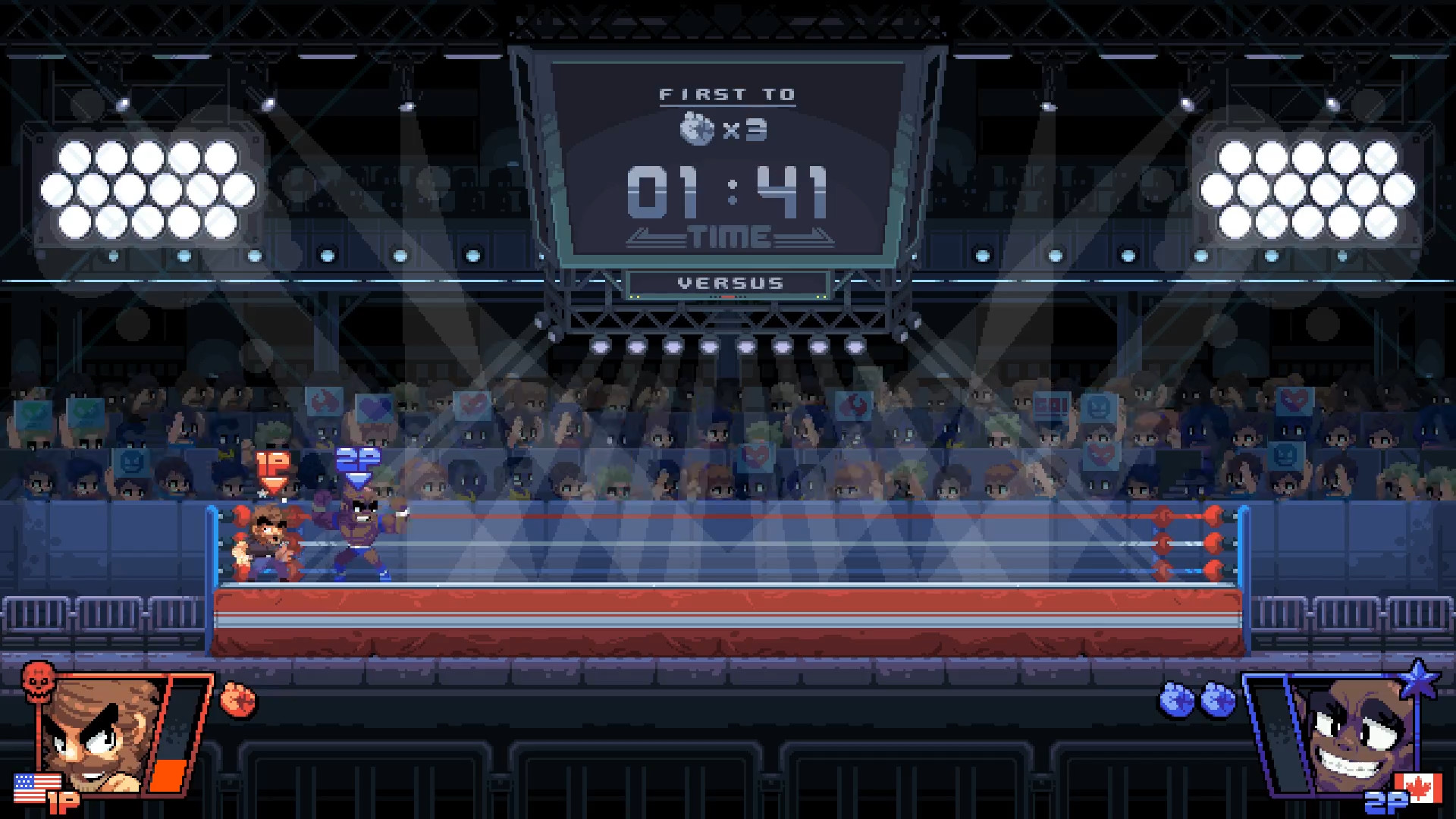