The shooter of riding the dragon’s back!
Master the techniques of the dragon and magic shot!

Dragon Blaze is a vertical-scrolling shooter game that first appeared in arcades in 2000.

The heroes are the four dragon riders.

They can use normal shots, bombs
and magic shots (press and hold the button).
In addition, they can also use the Dragon Shot.

The Dragon Shot is the main feature of this game.
Defeating enemies with the attack
when you release the dragon
will increase your score item bonus.

And, you can gain technical bonuses
by successfully hitting the boss’ core.
Also, while separated from the dragon,
your magic shot performance changes.

You’ll be surprised by the bosses attacks , transforming animations
and background art depicting an eerie and beautiful world.

You can set the difficulty level, life, number of continues,
controls, screen orientation, and more.

In addition, now we have online rankings!
Become the worlds to dragon rider! 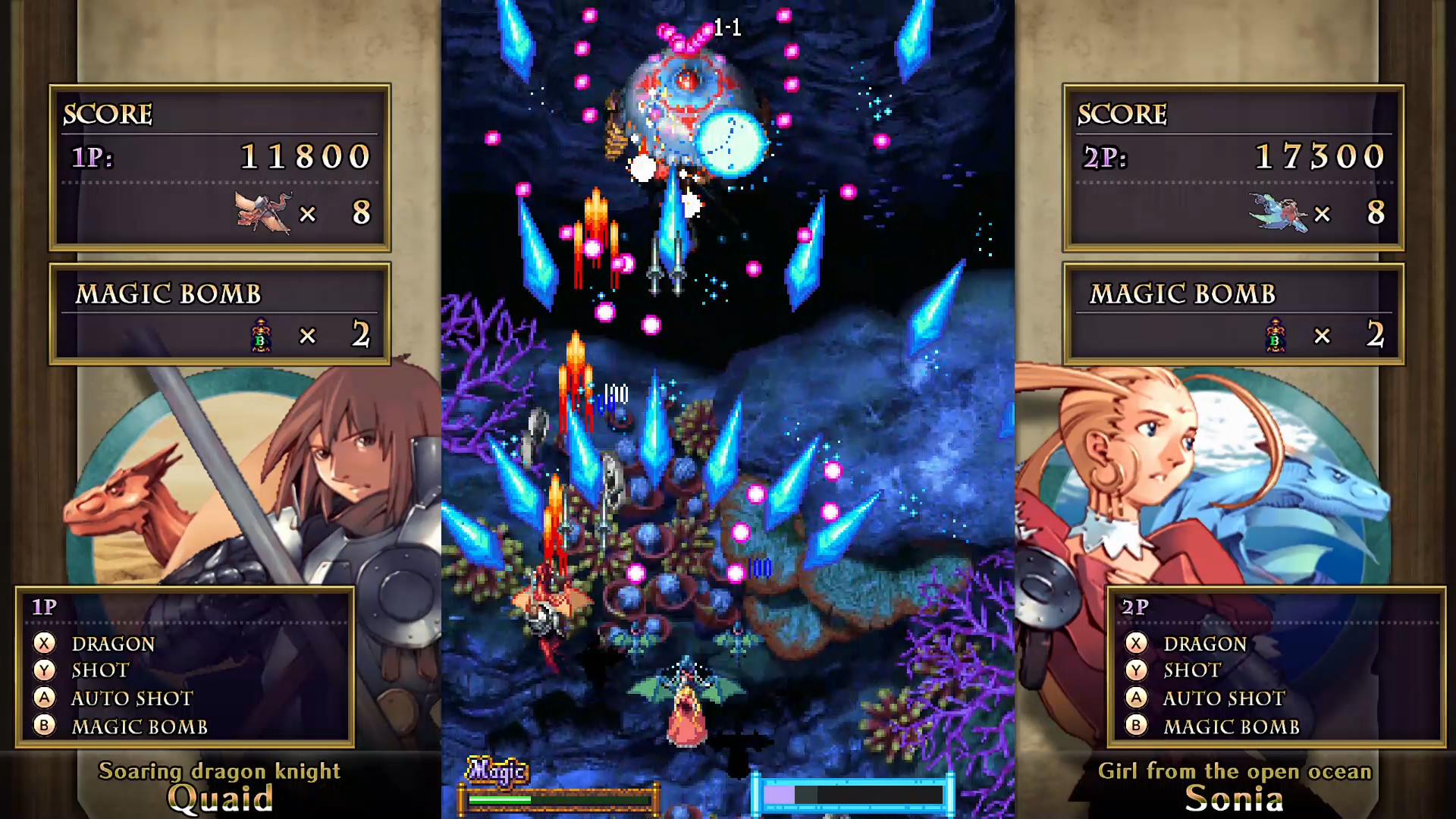 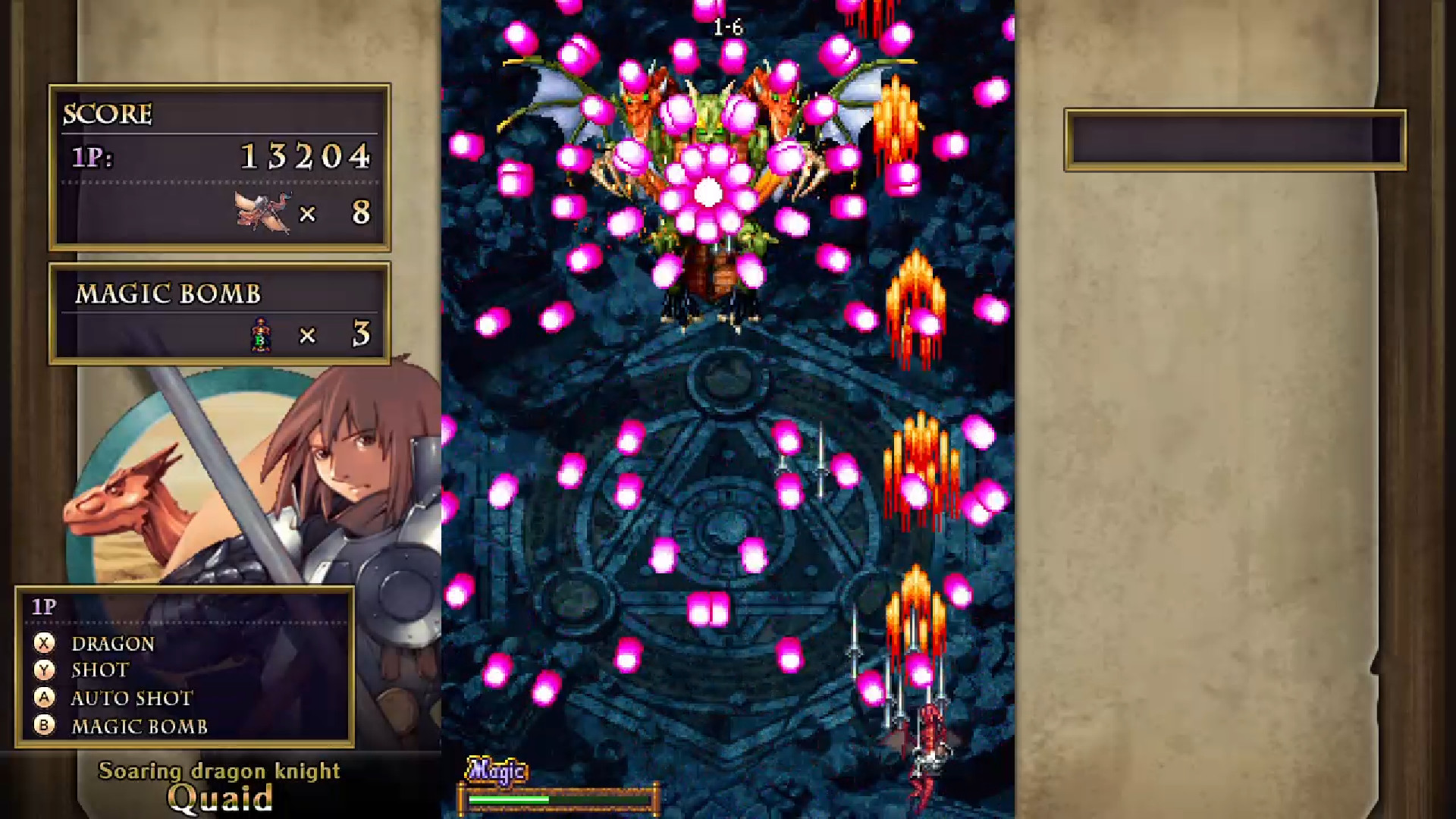 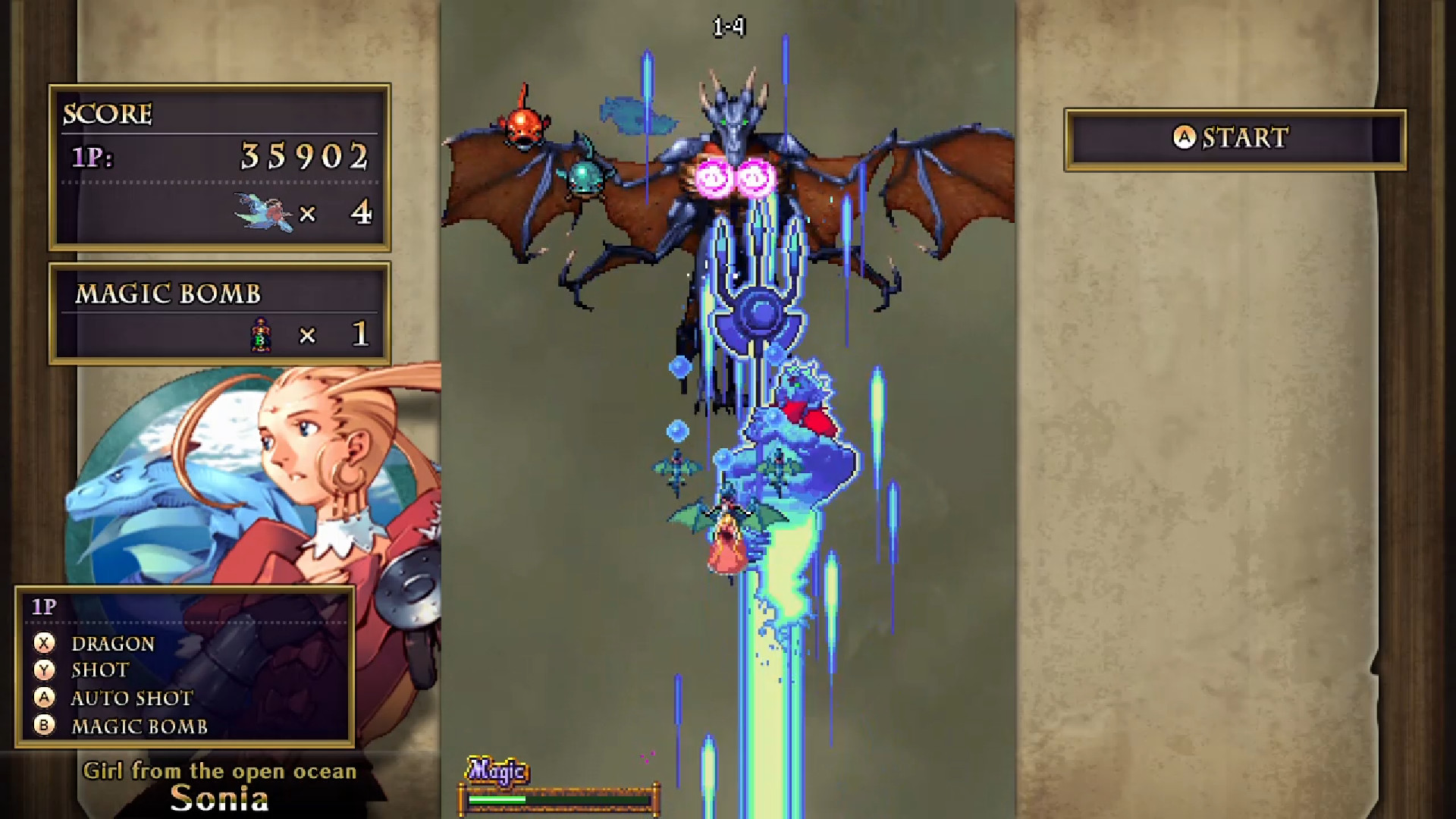