Atop a distant mountain, at the end of a long and winding road, a lone castle sits perched above the clouds. The journey was hard and fraught with many perils, but Leo and his live-in alien consciousness Prometheus have finally arrived. As the gate crashes shut behind them, they realize that their quest to return Prometheus to his homeworld might be more difficult than they anticipated. Can you lead this dynamic duo through the many challenges the castle has to offer, beat all 12 of the new spoopy games, and reunite Prometheus with their shattered consciousness?

The Dread X Collection 3 continues on both the story and style of the Dread X Collection. Featuring a cast of 11 all-new indie teams (and Torple Dook), the crew was given 10 days to create titles with a SPOOPY twist. That’s right! Spoopy games! As in cute and spooky. Like a dancing skeleton. Or a dog in a spider costume. Or vampire bats.

The Devs and Games: 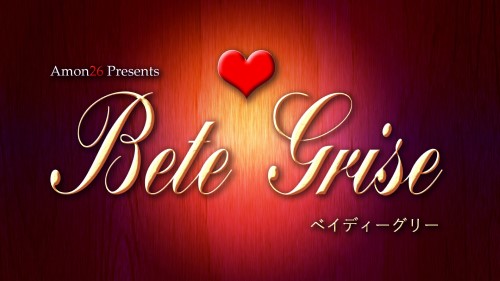 You play as「Pom」. A cheery night manager of the Bete Grise (pronounced bay de-gree) hotel. A quiet, lonely shift in a hotel with strange happenings, and peculiar guests. The scene begins at midnight. Make the rounds, checking any left over work by housekeeping. Fold towels, make beds, repair vending machines, check the front desk for requests or notes. There is a mystery here. Will you be ready to welcome tonight’s special guests? An isometric adventure game with 90’s style graphics. 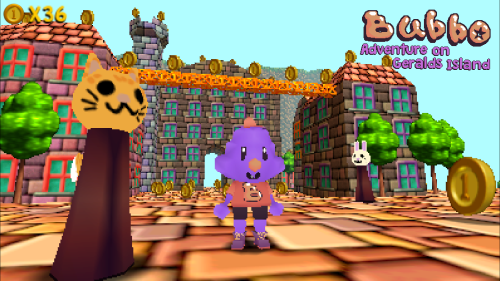 Bubbo is a cuddly character tasked with delivering supplies to Geralds Island. Upon Bubbo’s arrival, the adorable animal inhabitants inform you that you’ll have to collect the payment (50 gold coins) from around the main village. As Bubbo’s journey takes them further into the heart of the island, a dark secret lurking just beneath the surface is slowly revealed… A 3D platformer in the vein of Super Mario 64. 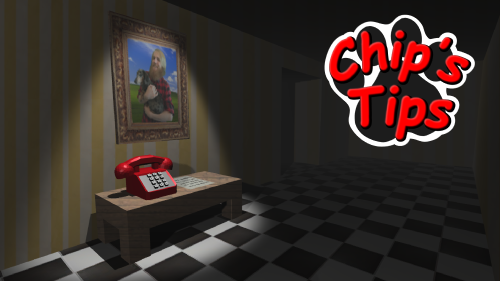 Skip and his dog Chip are the stars of everyone’s favorite kids’ TV show, Chip’s Tips! As Chip is a dog and therefore incapable of most tasks, Skip has to work alone to has to get everything ready for tonight’s Halloween party. Can you help him find everything he needs for the perfect spooky celebration? What could possibly go wrong!? A classic FMV adventure game in the style of Harvester. 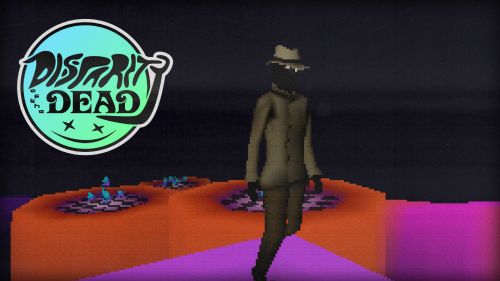 Bryce Bucher – Disparity of the Dead

The Land of the Dead serves as the relatively stress free eternal afterlife for absolutely everyone; however, recently there has been an odd disparity between the number of people dying and the number of new people showing up. It’s up to a dead detective to collect enough evidence to gain a warrant and investigate the Realm of the Living. Find clues, connect the dots, and do some relaxing 3D platforming. 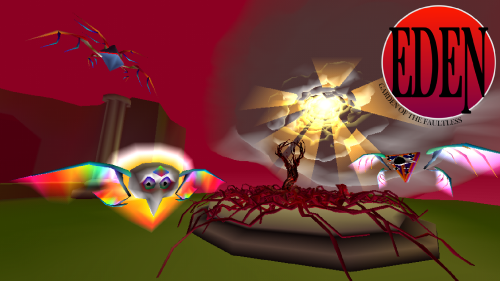 Uncover the true nature of the Faultless as you care for them from egg to angel. Help them to reach their true potential through consumables found throughout the garden. Give your Faultless encouragement as they attempt a race through a series of obstacles. Ensure your Faultless is adequately trained in speed, power, and flight, or they may get left in the dust! Compete with your Faultless to discover the true purpose of the “Grand Event.” A monster raising sim with racing minigame. 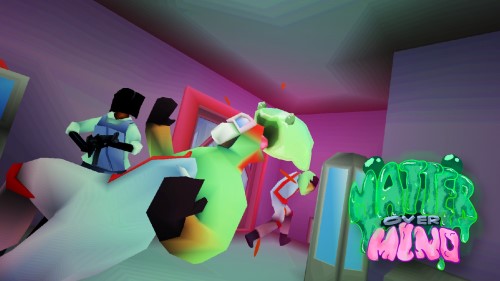 The hair product corporation Excès de Confiance has developed the latest and greatest in hair conditioners, Formula 500. Unfortunately due to a key active ingredient being a strange DNA sample harvested deep in the Marianas Trench, Formula 500 is capable of intelligent thought. Unknowing of the danger they are in, the scientists continue to experiment but Formula 500 is waiting for it’s time to strike. A reverse horror about a coconut-and-vanilla-scented blob escaping its containment and hijacking the minds of its prey. An isometric adventure action/adventure game. 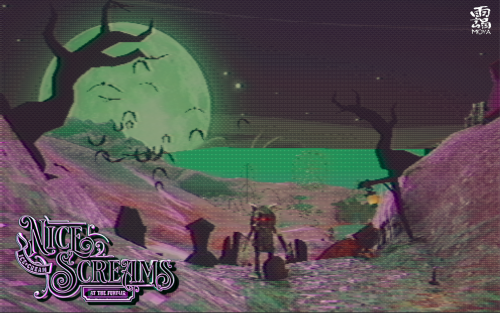 It was supposed to be just a regular trip to the local otherworldly spectral Funfair. But changes in management have left the staff short-handed! It’s up to you, a complete stranger, to run an ice cream parlor. Everything will be fine as long as you get the coins out of the customers’ pockets and get their orders correct. But don’t get any funny ideas! There’s an ever-vigilant robotic cat that keeps you in check. Don’t pocket the money, serve perfect ice scream experiences, and you might just make it through the day. An ice cream serving simulator with horror themes. 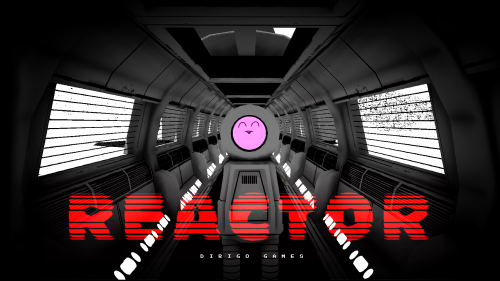 You’ve taken a position at a research station on a remote planet. Your only companion is a computer-controlled robot assistant who does her best to keep you happy. Searching a nearby meteor impact leads to a discovery that complicates this simple relationship. A first-person horror adventure game. 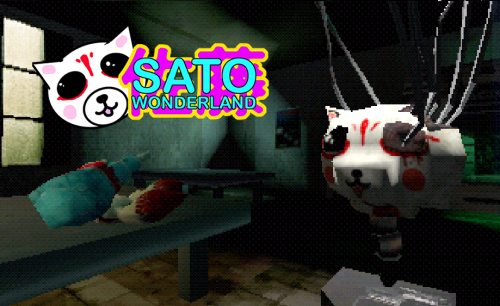 Sato Wonderland is an Amusement Park created by the eccentric AI pioneer Hidetaka Sato as a showcase for his many beloved characters. The park opened thirty years ago and was an international attraction, even after Sato passed away a few years later. Recently, one of the park’s oldest mascot characters, Kitsuhime-sama, has been acting erratically, culminating in her attempting to grab a child and escape the park with him. The player is sent in as the park’s AI handler to determine what the problem is and if Kitsuhime can be repaired or must be retired. A dialogue matching puzzle game. 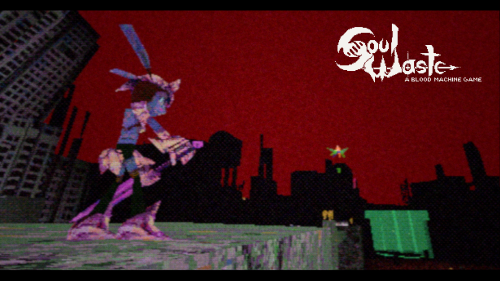 Within a lifeless wasteland, the city ruins slumber as an immortal hero embarks on their everlasting quest to kill God. You play as an unnamed immortal hero, traversing a ruined city, on their quest to free a god, to end them. What secrets does the world hold? A momentum-based platformer with light combat, and simple enemies. Big jumps, fast movement-based gameplay. A 3D action platformer similar to Sonic. 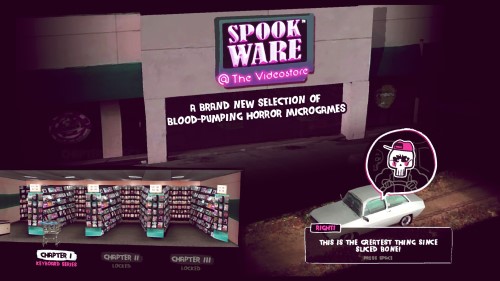 An entirely new SPOOKWARE game! Join the skelebros at their Halloween movie marathon with a collection of brand-new blood-pumping horror microgames. Halloween’s coming up and the skelebros, Lefti Midi and Rieti, are looking to do something special. On a drive home they decide to pop into the video store chain (called Spookware) and do a horror movie marathon. Which movies should they watch? Well, why not all of them! The skelebros brace themselves for the longest and spookiest movie marathon of their lives. Will you reach the end or chicken out? A microgame collection within an anthology. 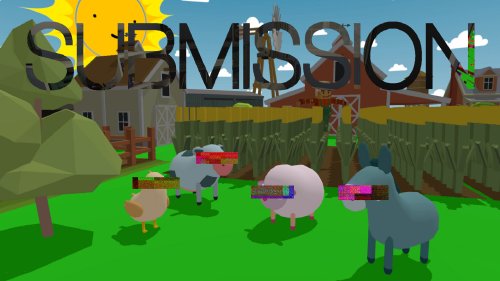 Help Potato the Donkey collect apples and meet his friends as you journey with him back to the farm! That’s it, nothing spooky or meta going on at all. Nothing to see here! 🙂 A horror adventure game with a twist. 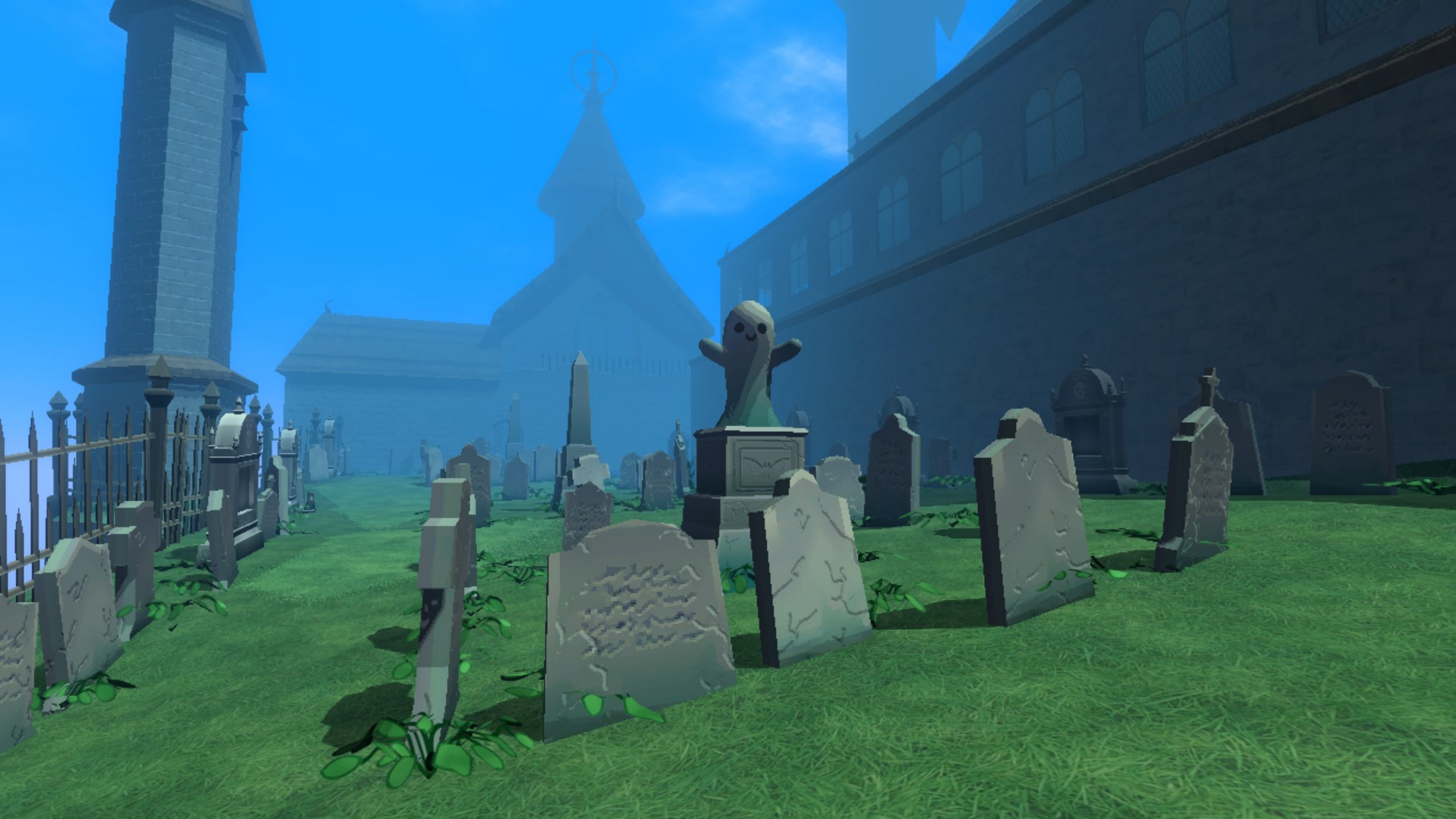 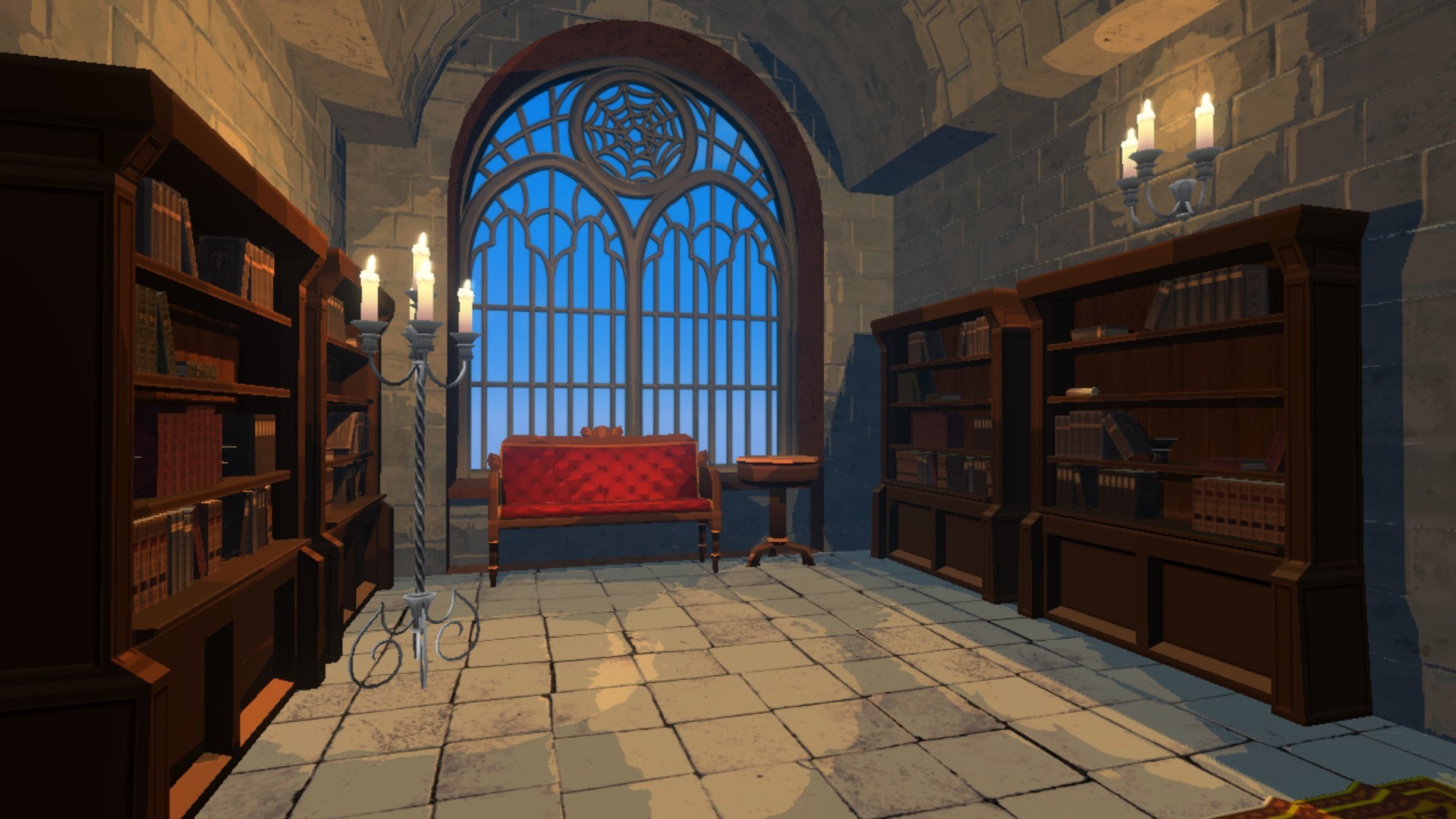 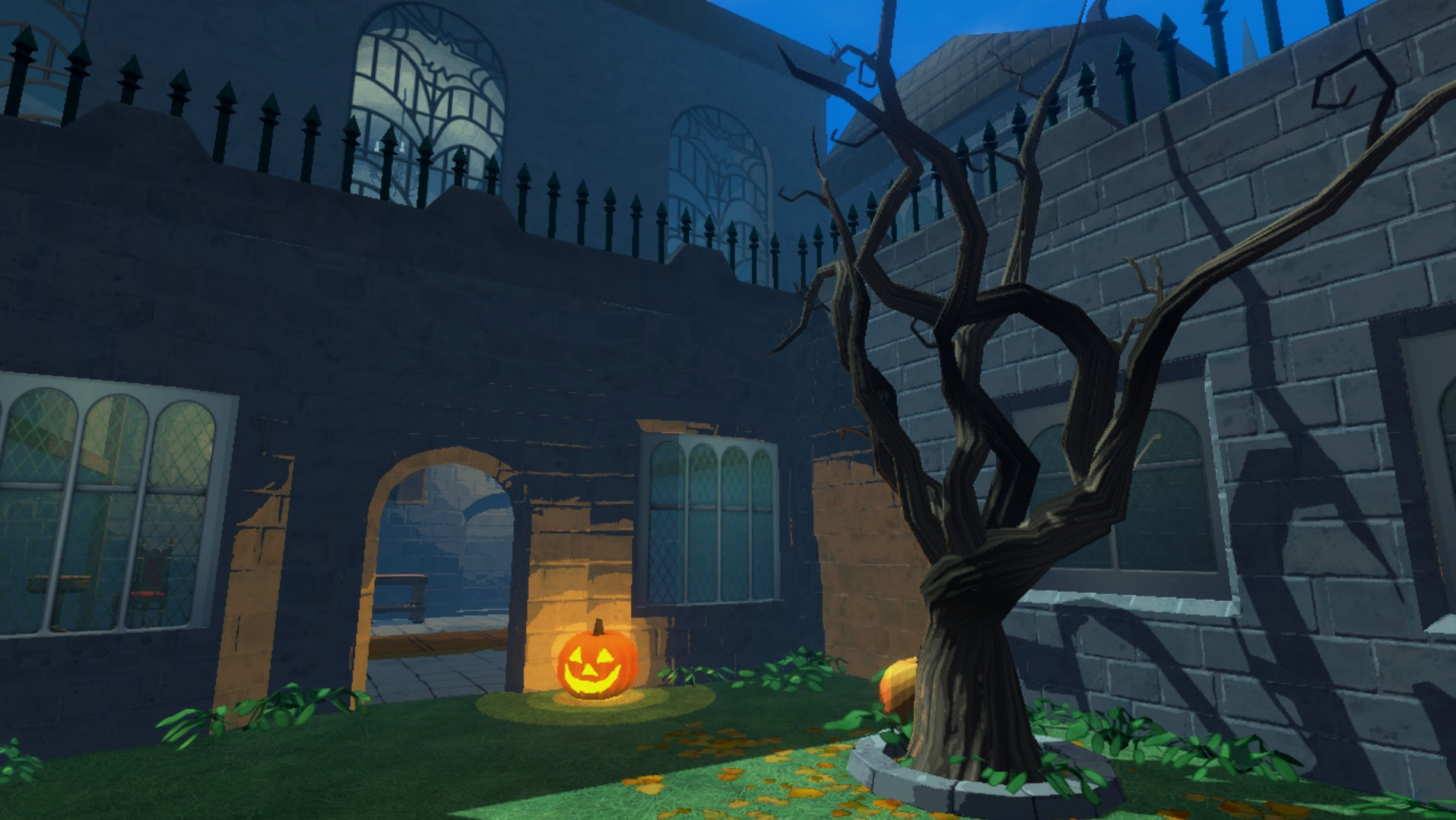