Mr Rhino, the sole survivor of a train crash, wakes up in what seems to be a dystopian parallel universe and a nightmarish, infected version of his hometown. And so begins the opening chapter of his journey in Exit Limbo.

Experience a relentless, hard hitting brawling adventure as you fight for your life, literally tearing apart enemy monsters whilst witnessing the growth of Mr Rhino’s strength as he tries to make heads or tails of the world around him.

Exit Limbo pays homage to the old school side scrolling beat ’em ups and evolves the formula with a spectacular fighting system and a non-linear world to explore. Meet a memorable cast, discover a unique visual art style and listen to a hypnotizing soundtrack while struggling to Exit the Limbo.

The classic side scrolling beat ‘em up formula has never been so intricate, multilayered with combos, special moves, throws and context sensitive combat situations…or violent until now.

Is juggling enemies your favourite sport? Prefer bowling with their corpses? How about crushing them under a rolling barrel? Maybe you would prefer showing everyone who’s boss by chaining endless combos and special moves in a firework display of guts and body parts? Perhaps the satisfaction of tearing off your enemies’ limbs and using it to batter the hordes is more up your alley. It’s all up to you. Let loose!

The place may be overrun by zombies, but wherever you go is always someone’s turf! Meet some of the bizarre characters and gangs that rule the roost, who will not take kindly to you just waltzing into their territory…

Explore the nonlinear level structure by using your witt and acquired moves to open new secrets and passageways. Then parkour your way around the areas of the world with the gracefulness of a rhino. Don’t forget to visit the shop every once in a while!

What’s a side scrolling beat ‘em up without a killer soundtrack?! Get your adrenaline pumped whilst reaping havoc to a thumping 80’s retro inspired soundtrack 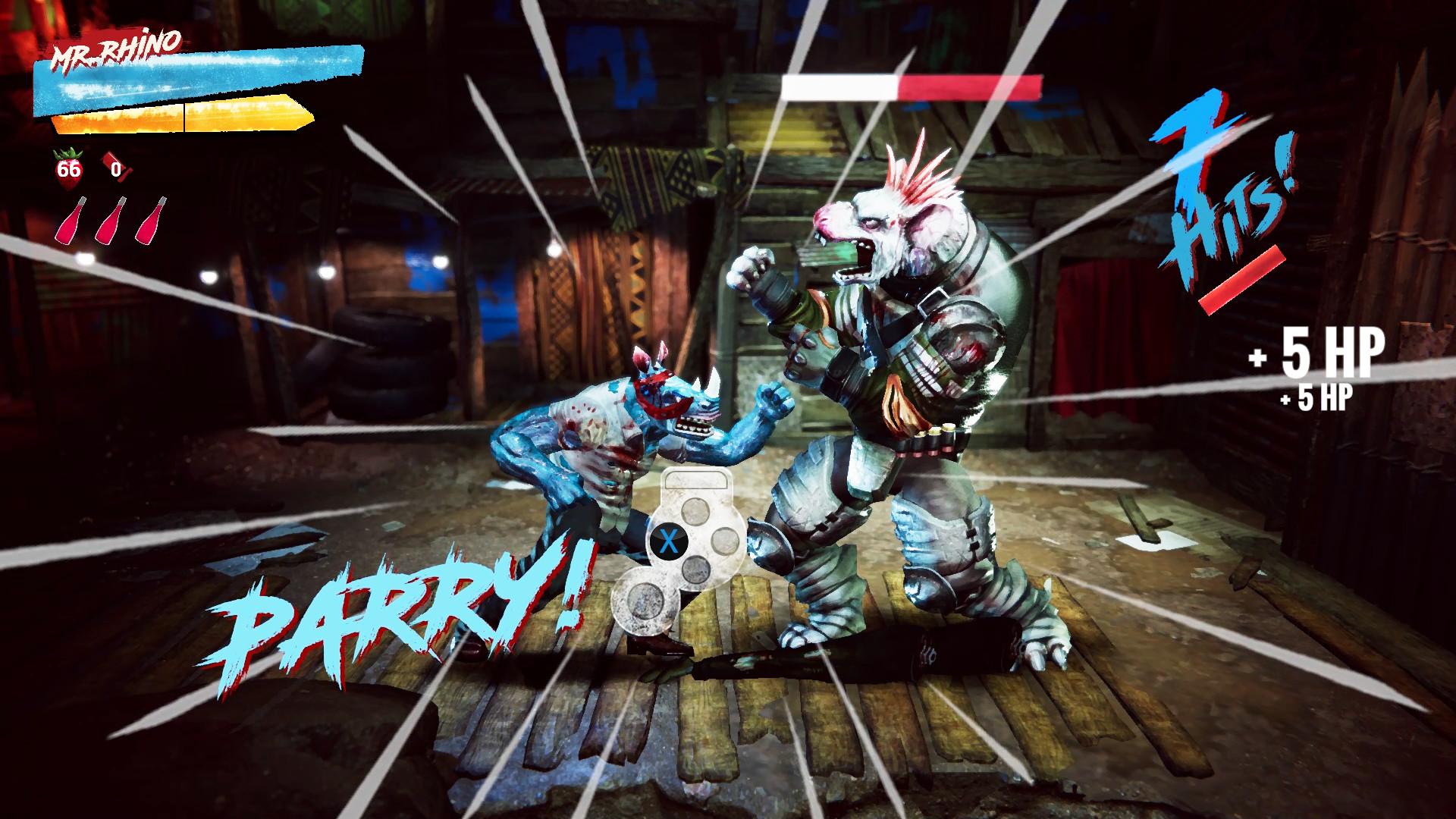 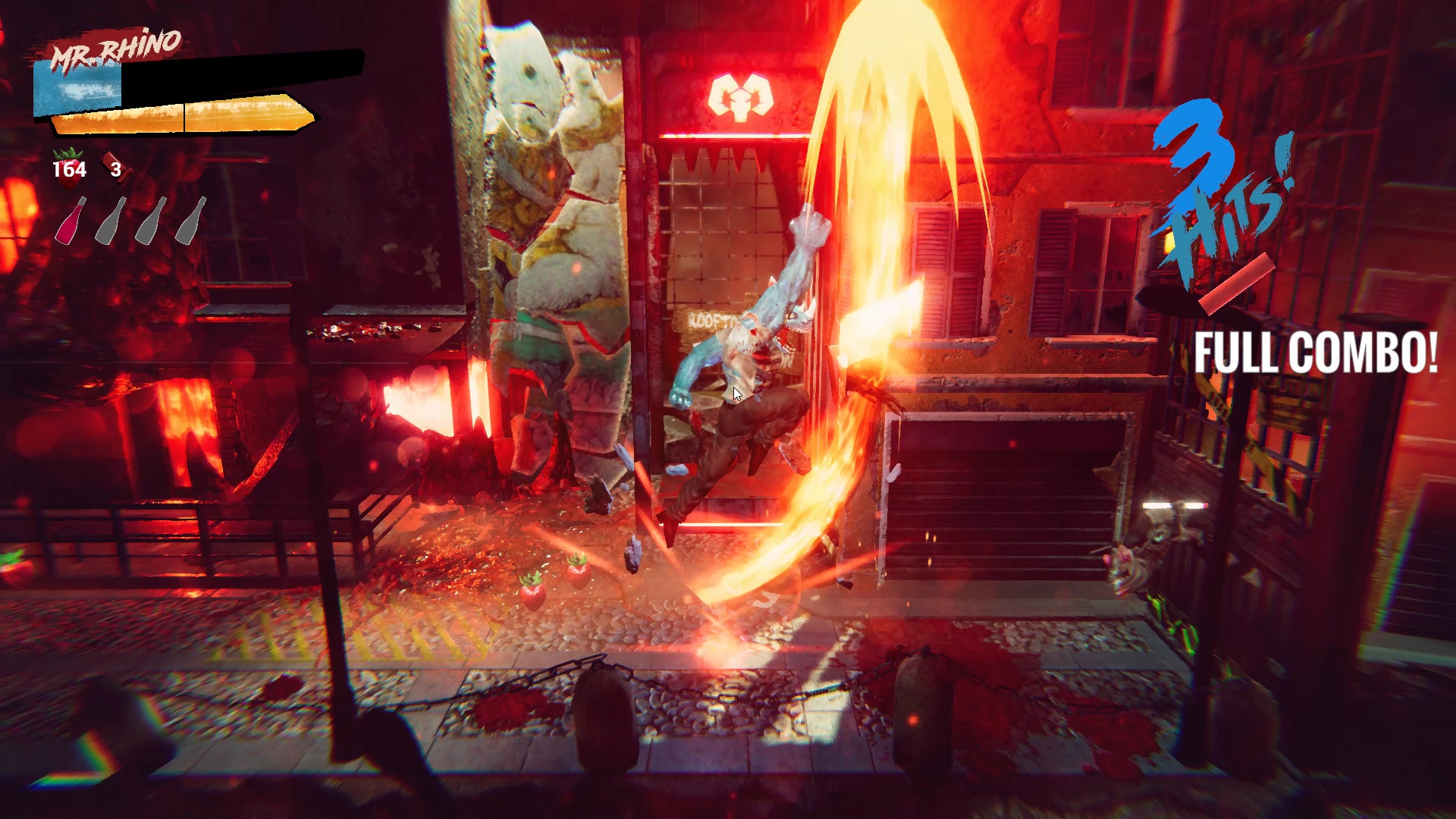 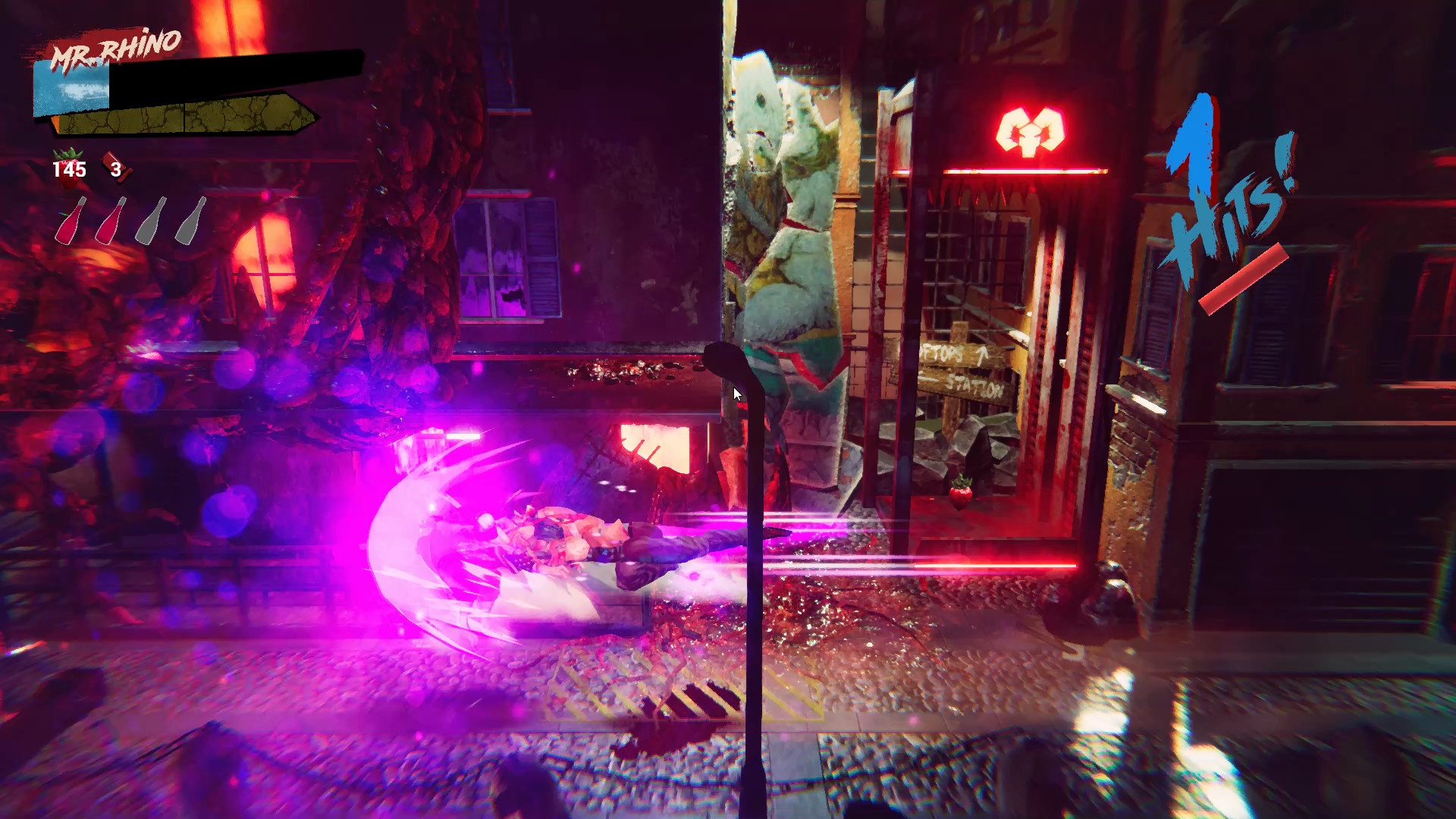