This expansion is a major revamp to the base game and significantly improves existing mechanics:

Giftedness and stamina now account for the potential of both the attacker using the skill and the defender who defends against the skill. Level 1 skills are now much more usable!

Expect major changes to the way you build your team, centered around the giftedness of your footballers, while other characteristics are still important as well.

Various statistics from previous and current seasons are now saved and analyzed. You can indulge in the past glory of your club, and adopt better future tactics through the many graphs, charts, and statistical summaries!

You can now upgrade the club’s infrastructure such as the training ground, scout centre and hospital. 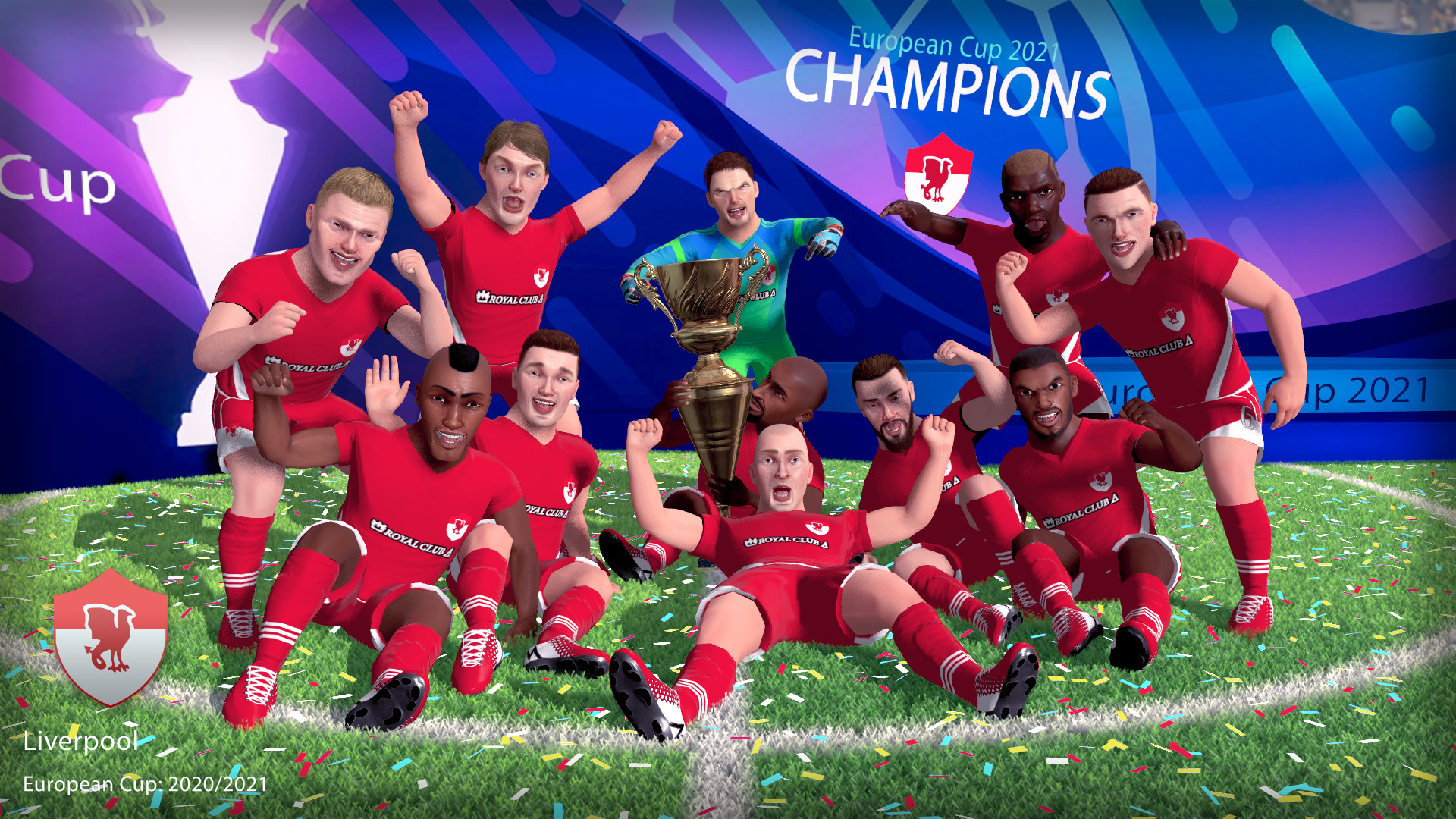 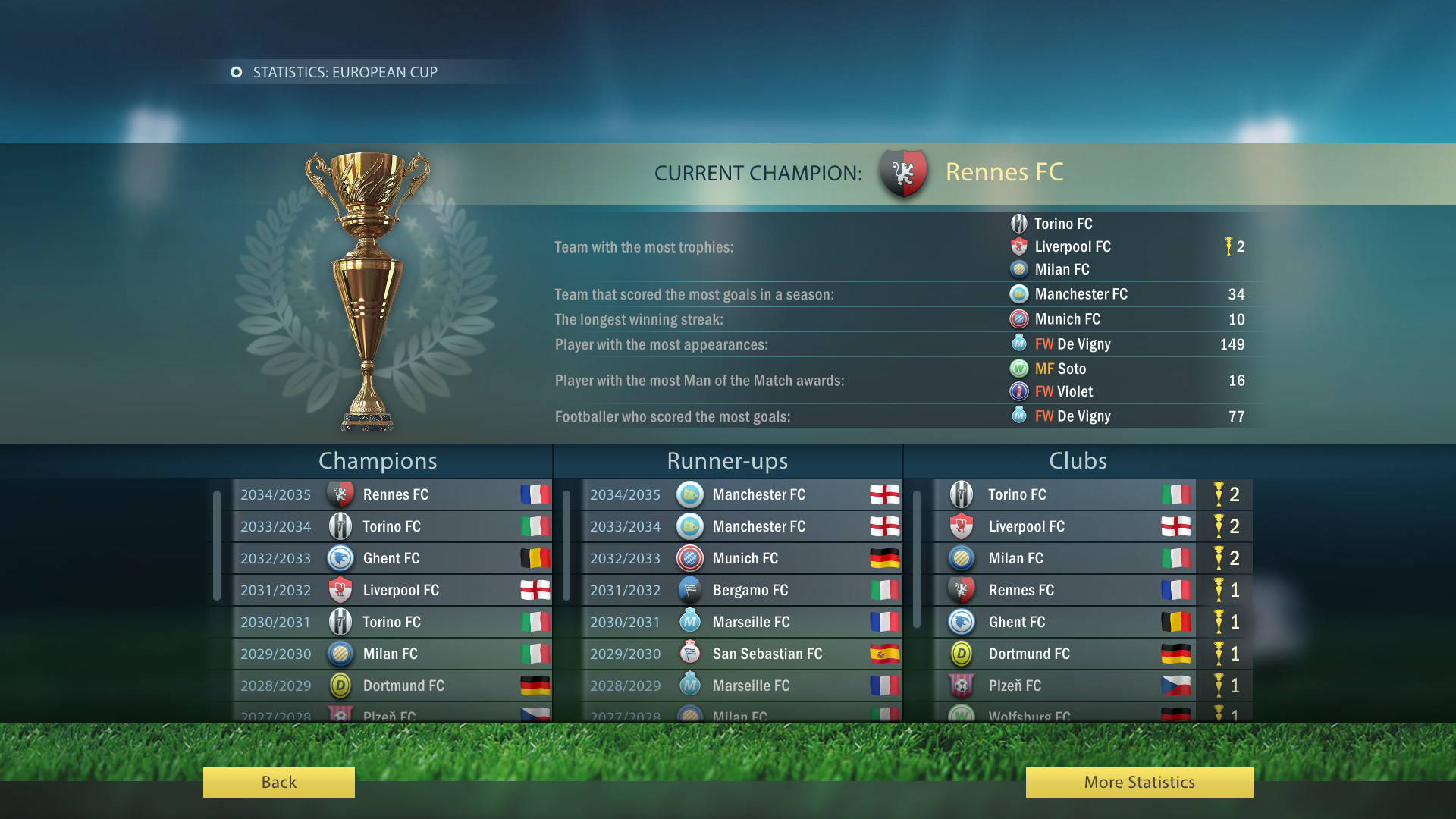 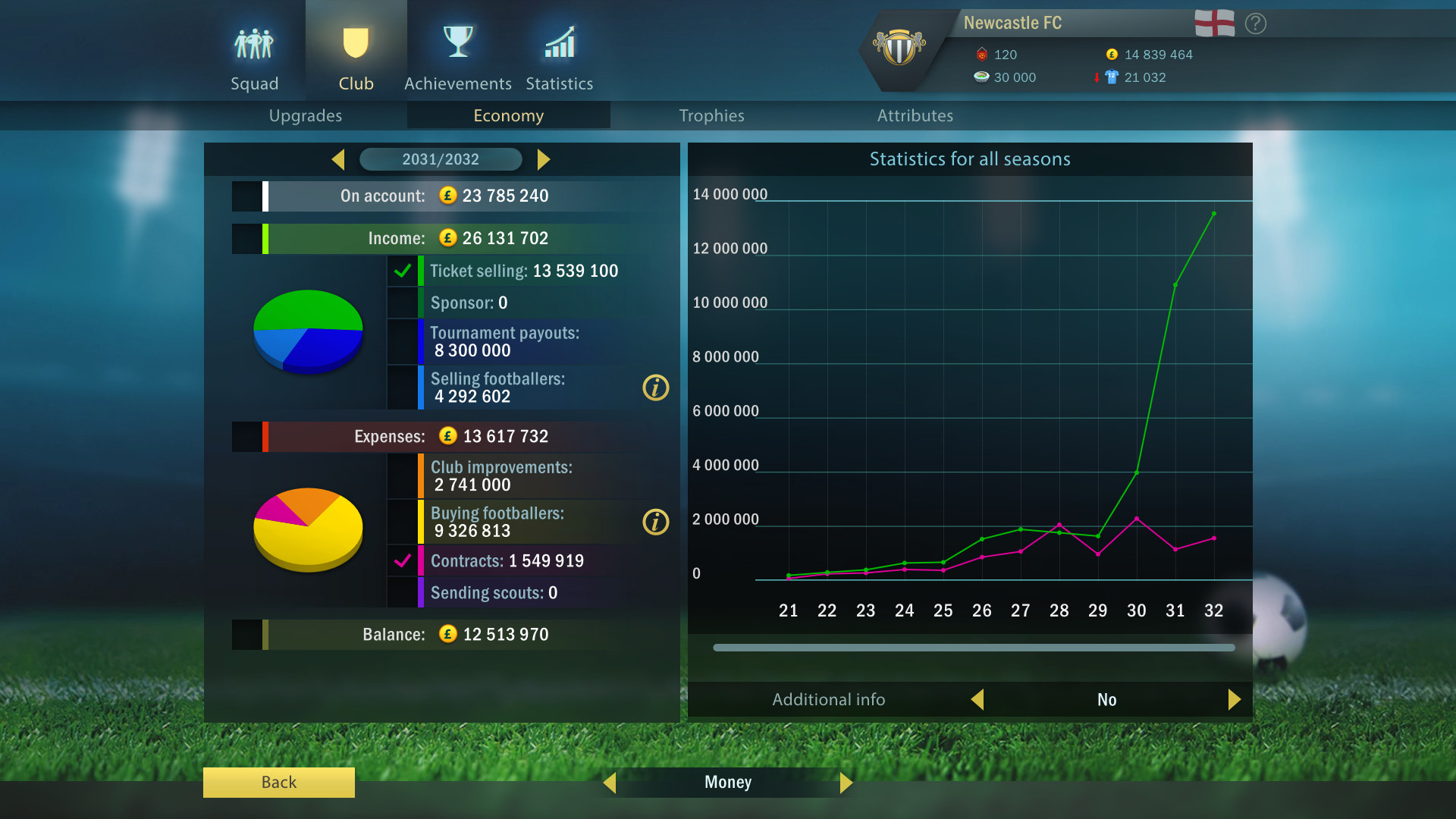 LIST OF ALL UPDATES FOR - Football Tactics and Glory Football Stars -