-Survival on the Frontier of Ancient Rome.
You must avoid starvation and frostbite while working under the thumb of a corrupt census taker, and turn the tables on him.

-A Unique Blend of Genres.
From farmsim to survival, role-playing to strategy, FreeHolder presents a compelling and revitalizing blend of classic game genres.

-Detailed Character Evolution.
With seven classes and over thirty skills (with many more of each planned), you can be everything from a master sculptor to a hardened warrior to an efficient rancher.

-Roguelike, not Roguelite.
Challenging and highly replayable, like games should be. Over a dozen procedurally generated factors gives you a new experience each game.

-Original Retro Soundtrack by Blue Mage.
Drawn from a lifetime of obsessive involvement with video game music, the soundtrack for FreeHolder has been crafted to evoke memories of the classic console era.

The Story of FreeHolder –
You and two comrades are escaped slaves who while fleeing Roman territory, stumble across a recently-raided farm, and although almost everything of value has been taken a small amount of wheat, a few tools and a couple silver denari might allow you to eke out a stealthy existence on the fringe of Roman lands. Unfortunately, you agree to run the farm together just as the Roman census-taker is knocking on the small home’s door.

Only slightly terrified of being found out, you are unable to convince the Roman that you are anything other than escaped slaves. However, this particular census taker is, ‘flexible’ and offers the fugitives a deal: if they run the farm and produce enough wheat to fulfill the wheat quota demanded by Rome, and toss a bribe on top for himself, they can go on running the farm instead of being sent back to face their master. With no other options, and no way out, you and your compatriots agree hastily.

This state of affairs does not have to last, however. A slave you may have been but you can choose to resist the Romans by stealth, subterfuge, or brute force, and by allying with the northern tribes. Or you can purchase freedom for yourself and your friends and buy your way into Roman high society. With ten different classes from agronomist to ranger, engineer, rancher, witch, and gladiator, with multiple different upgrade paths and special actions, you can play exactly the way you want to. 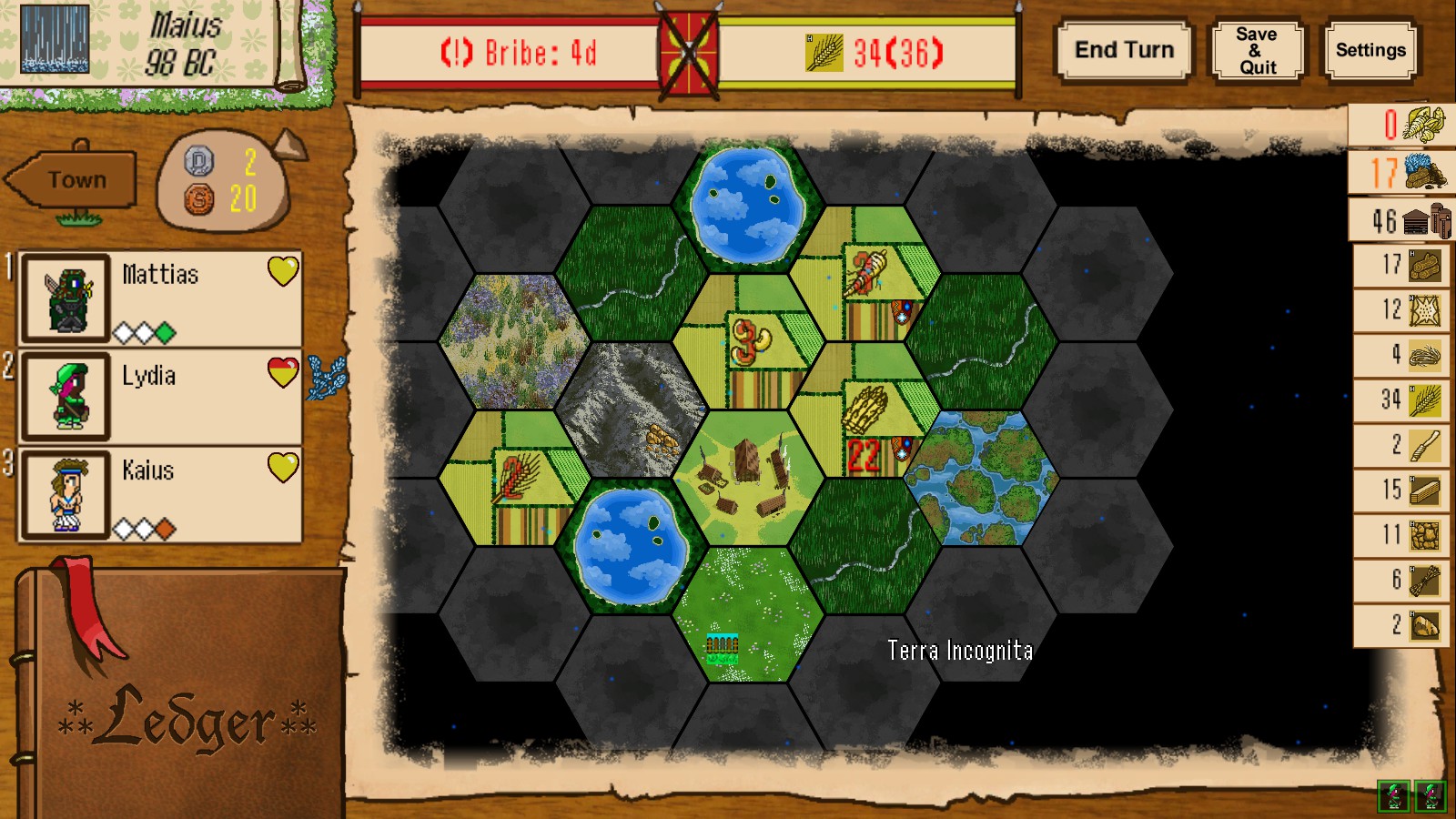 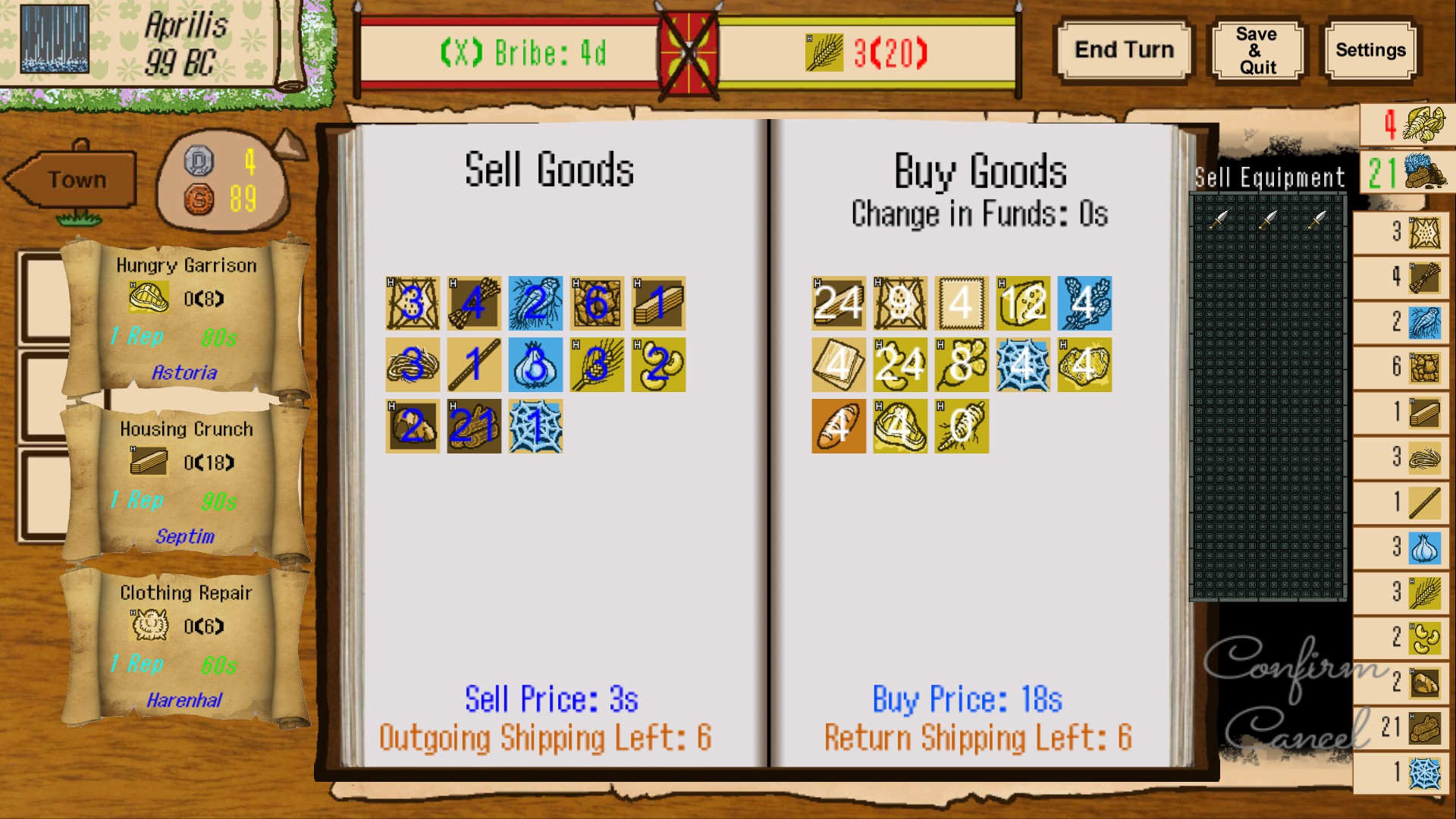 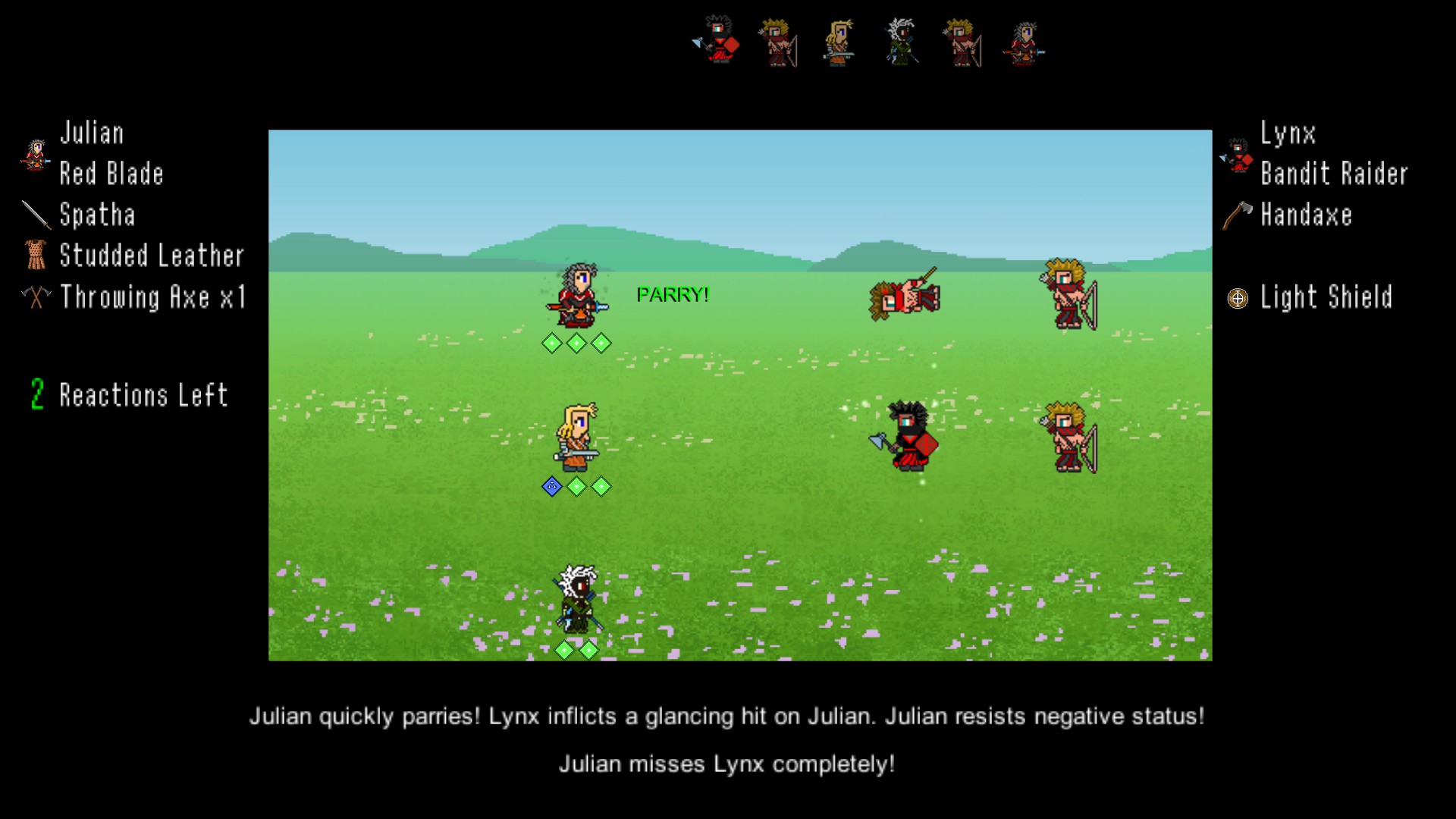