This is a tower defense action game in involving more than 1,000 screens of animation!
Luxurious voice actors /multiple languages supported /large-scale plan based on the Unity programmer…to be completed by 2020!

A world where only men have become extinct due to the effects of radiation in a past war.
The women who were left lived tough lives without the men.

However, the women did not just suck it up…
They formed an army to resist the zombies…

The formation of the army bore fruit and slowly they succeeded in chasing away the zombies.
As the days went by, the power of the army became stronger and stronger.

The leading character O, who longed to be in the army, made the decision to join
Under the leadership of Colonel O, who was said to be the best soldier, O trained hard both day and night.

Then, one day…
O finished his final training, and headed for the battle field.

Units are allocated before the enemies invade, so the enemies can be forced away.
The mission is to defend the defense points.
There are various characteristics for each unit, and you can placee them to maximize those characteristics.

If the main character is taken down and the town is invaded, the game is over.

The main character can move and attack by themselves,
so rely on communication from the unit, and provide support.

This is the gun shooting stage that appears when you clear all mission mode at S rank.
Shoot down the zombies and monsters that appear from the front.

This is a bonus stage.
Run over and take down the zombies.

This is a stage with a time limit.
No units are placed, and the leading character acts to break through each stage.

This is a stage in which you need to bear attacks from a large number of enemies during a set period.
It is necessary to effectively place the unit.

* For the operating method, please refer to the handbook or the tutorial within the game.

** Characteristics of each unit

– Gunner
With live ammunition, you can deal with virtually any enemy with good balance.

– Sniper
Sends penetrating ammo, Can attack with lower position horizontally than a gunner.
Also, as the placement range is small, it is easy to place.

– Grenadier
This is ammo that explodes when it hits the enemy.None of the enemies in the sky appear from the right.
Sideways you are somewhat powerless.However, when this ammo hits the slime…

– Burner
Sends flames along a horizontal line.
Flames have consecutive hits, and zombies and plants are strong, but the enemies on the ground and on the floor are virtually powerless.
The placement range is quite wide.

– Defender
No attack ability, but you can defend against enemy ammo, and stop the enemy from infiltrating.
As the LV increases, you can push back the enemies at your feet.

– Dropper
Throw a hand grenade that bounces like a super ball and attack, and you can cover a wide range from the sky to the ground.
If you hit, you can damage with violent winds. As it is floating, it can be placed on a land unit.

– Satelliter
Drop an explosive missile from the sky into the enemies within eye line.
It takes a little time before the missile falls, but they are very powerful.

– Machine gunner
You can wildly fire your machine gun against enemies within your field of vision and make a bees nest, but you are powerless against enemies in the sky.
As there is a mask, you are all-powerful against poison gas sent out from enemies.

This is a mode where you can enjoy the main story of the game.
Look for secrets hidden in the broken world.

This is a mode inn which you earn funds.
If you acquire the S rank, the mission reward illustrations shall be gradually released.

Player shop – This is a store in which players can be strengthened.
Unit shop – It is possible to add new units and increase the level. 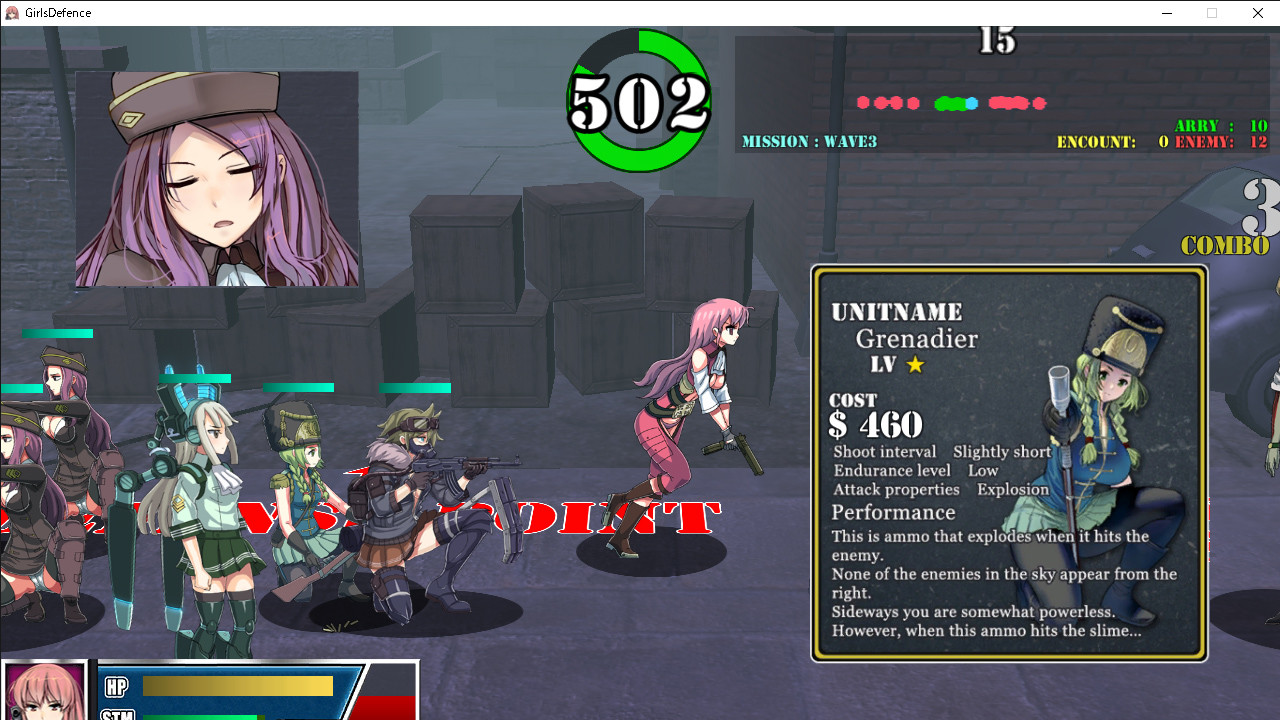 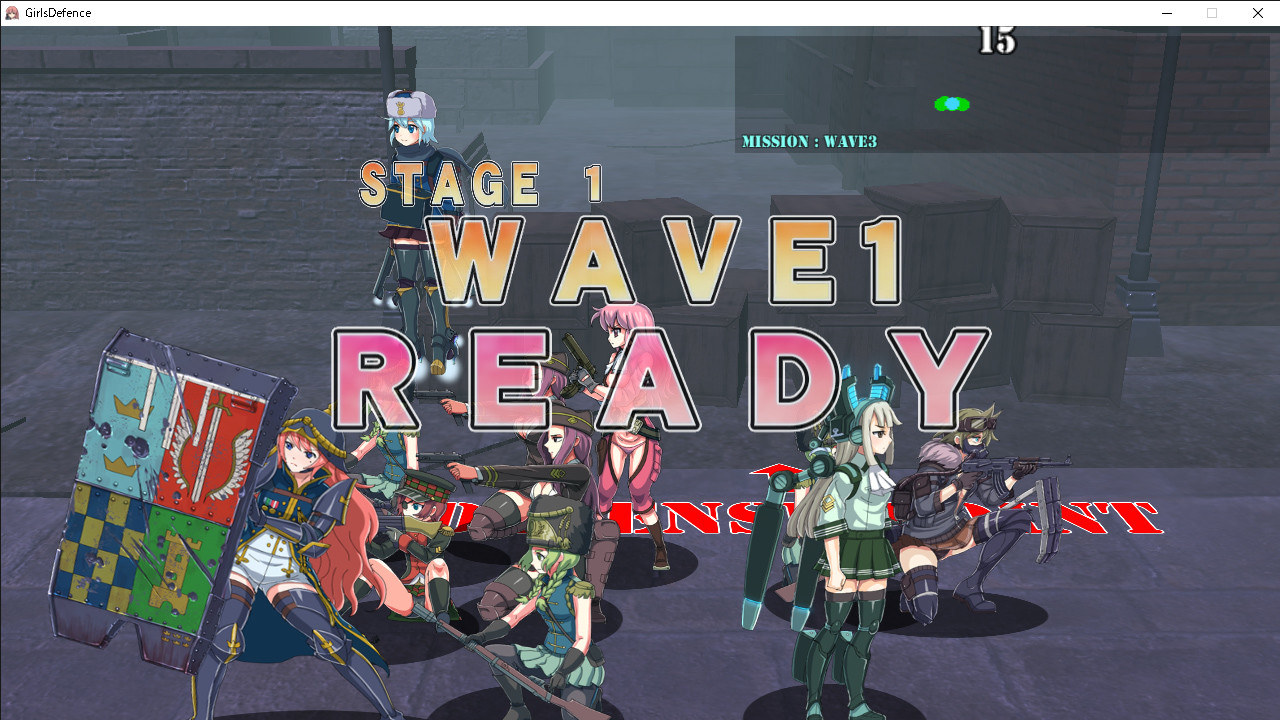 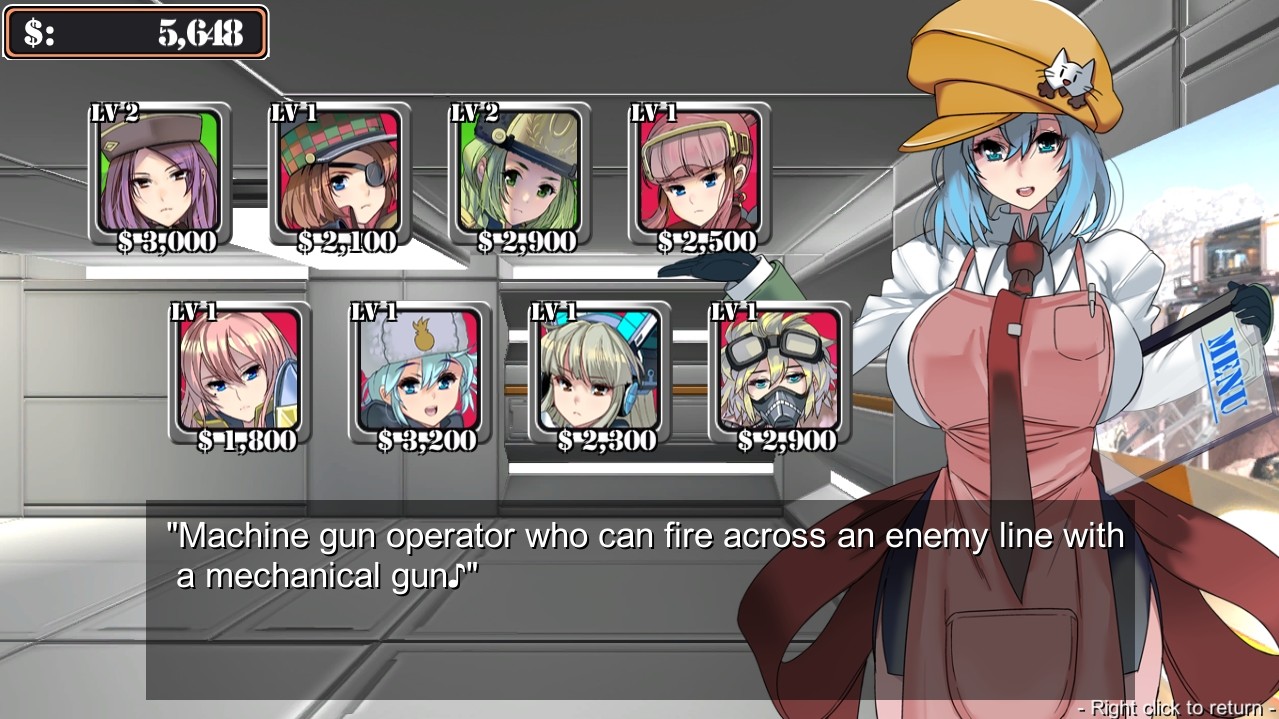