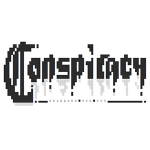 CONSPIR4CY (releasing mostly as CPY) is a warez group founded in 1999 in Italy. They rose in notoriety after releasing Rise of the Tomb Raider and Inside in August 2016 under the name of CONSPIR4CY, though they continued using the ‘CPY’ tag with the release of Doom in September 2016. They became the first group to create proper cracks for games protected by the latest Denuvo DRM software. They cracked Resident Evil 7: Biohazard only five days after its release, at the time the shortest amount of time taken to develop a crack for a Denuvo DRM-protected game. They also cracked Mass Effect: Andromeda, only ten days after its release. In July 2017, the warez group SKIDROW criticized the methods used by CONSPIR4CY to crack games using Denuvo DRM.

In early 2018, CPY released cracked copies of Assassin’s Creed Origins and Far Cry 5, which were compiled with the most recent version of Denuvo DRM, and had additional anti-modification and anti-debugging features through the use of VMProtect software and EasyAntiCheat. In November 2018 CPY released cracks for HITMAN 2, Assassin’s Creed Odyssey, A Way Out, Shadow of the Tomb Raider, Pro Evolution Soccer 2019, FIFA 19 – all of which featured the latest version of Denuvo DRM, with some using additional custom DRM or off the shelf DRM such as EACore and VMProtect. In December 2018, CPY published a cracked copy of Just Cause 4, which used the latest version of Denuvo DRM, on the day after its release. They also released a crack for Battlefield V on December 22, days after its official release. In January 2019, CPY released cracked copies of Ace Combat 7, Mutant Year Zero, and Strange Brigade, as well as the first episode of Life Is Strange 2 (titled “Roads”) – all 4 titles using the latest versions of Denuvo DRM.