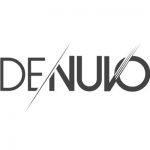 Denuvo is developed by Denuvo Software Solutions GmbH, a software company based in Salzburg, Austria. The company was formed through a management buyout of DigitalWorks, the arm of the Sony Digital Audio Disc Corporation that developed the SecuROM DRM technology. In January 2018, the company was acquired by larger software company Irdeto. As of August 2018, the company employs 1,000 people, up from originally 45. Development of the Denuvo software started in 2014. FIFA 15, released in September 2014, was the first game to use Denuvo.

3DM, a Chinese warez group, first claimed to have breached Denuvo’s technology in a blog post published on 1 December 2014, wherein they announced that they would release cracked versions of Denuvo-protected games FIFA 15, Dragon Age: Inquisition and Lords of the Fallen. Following onto this, 3DM released the version of Dragon Age: Inquisition about two weeks after that game had shipped. The overall cracking progress took about a month, an unusually long time in the game cracking scene. When asked about this development, Denuvo Software Solutions acknowledged that “every protected game eventually gets cracked”. However, technology website Ars Technica noted that most sales for major games happen within 30 days of release, and so publishers may consider Denuvo a success if it meant a game took significantly longer to be cracked. In January 2016, 3DM’s founder, Bird Sister, revealed that they were to give up on trying to break the Denuvo implementation for Just Cause 3, and warned that, due to the ongoing trend for the implementation, there would be “no free games to play in the world” in the near future. Subsequently, 3DM opted to not crack any games for one year to examine whether such a move would have any influence on game sales.

By October 2017, crackers were able to bypass Denuvo’s protection within hours of a game’s release, with notable examples being South Park: The Fractured but Whole, Middle-earth: Shadow of War, Total War: Warhammer 2 and FIFA 18, all being cracked on their release dates. In another notable case, Assassin’s Creed Origins, which wrapped Denuvo within security tool VMProtect as well as Ubisoft’s proprietary DRM used for their Uplay distribution software, had its security features bypassed by Italian collective CPY in February 2018, three months after the game’s release. In December 2018, Hitman 2’s protection was bypassed three days before its official release date due to exclusive pre-order access, drawing comparisons to Final Fantasy XV, which had its protection removed four days before release.

By 2019, several products like Devil May Cry 5, Metro Exodus, Resident Evil 2, Far Cry New Dawn, Football Manager 2019 and Soul Calibur 6, were cracked within their first week of release, with Ace Combat 7 taking thirteen days. In the case of Rage 2, which was released on Steam as well as Bethesda Softworks’ own Bethesda Launcher, the Steam version was protected by Denuvo, where as the Bethesda Launcher version was not, leading to the game being cracked immediately, and Denuvo being removed from the Steam release two days later.

A sister product, Denuvo Anti-Cheat, was announced in March 2019.