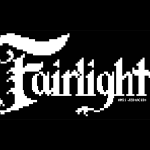 FairLight (FLT) is a warez and demo group initially involved in the Commodore demoscene, and in cracking to illegally release games for free, since 1987. In addition to the C64, FairLight has also migrated towards the Amiga, Super NES and later the PC. FairLight was founded during the Easter holiday in 1987 by Strider and Black Shadow, both ex-members of West Coast Crackers (WCC). This “West Coast” was the west coast of Sweden, so FairLight was initially a Swedish group, which later became internationalized. The name was taken from the Fairlight CMI synthesizer which Strider saw Jean Michel Jarre use on some of his records.

Several high-ranking members of the group were caught on April 21, 2004, 8 months after the group returned from their temporary “retirement” that began on June 9, 2003 and ended on August 30, in an FBI operation called Operation Fastlink.

Police forces from eleven countries were involved, arresting about 120 people and seizing more than 200 computers (including 30 servers). One server from the U.S. raid contained 65,000 pirated titles which were alleged to be in the archive repository of the group.

The operation was coordinated by the FBI, the British National Hi-Tech Crime Unit, the German Bundeskriminalamt (BKA) and the Business Software Alliance, and took place in 27 U.S. states. In the UK, seven computers were seized and three arrests made in Belfast, Manchester and Sheffield. In Singapore, three people (22, 30 & 34 years old) were arrested. In the Netherlands two servers owned by students on 2 universities were investigated by police officers. Other arrests and seizures were made in Belgium, Denmark, France, Germany, Hungary, Israel, and Sweden for a total of 11 countries.

According to rumor, the raid occurred just before the warez group would have released the game Hitman: Contracts. The game was released by other groups (iNSOMNiA, for Xbox and PS2, and Razor 1911, for PCs) a few days later.

Protections of today are ones that *very* few can penetrate and those who do, should be worthy the respect. Downloading them fast is just a matter of a fast line in combination to access to a site. Skills stay, whereas the access can be revoked instantly!

The last massive warez-related raid prior to Fastlink was Operation Buccaneer which targeted DrinkOrDie (amongst others) in December 2001.

Since October 2006 the ISO division of FairLight has started releasing again.