Bust through the Ardennes or encircle the Axis in style with this new cosmetic pack for Hearts of Iron IV . Including tanks previously only available in the Colonel Edition, this pack adds a number of new armored and tracked vehicles for the Allies and Comintern powers.

NOTES: This release is standalone and includes all content from previous releases and updates 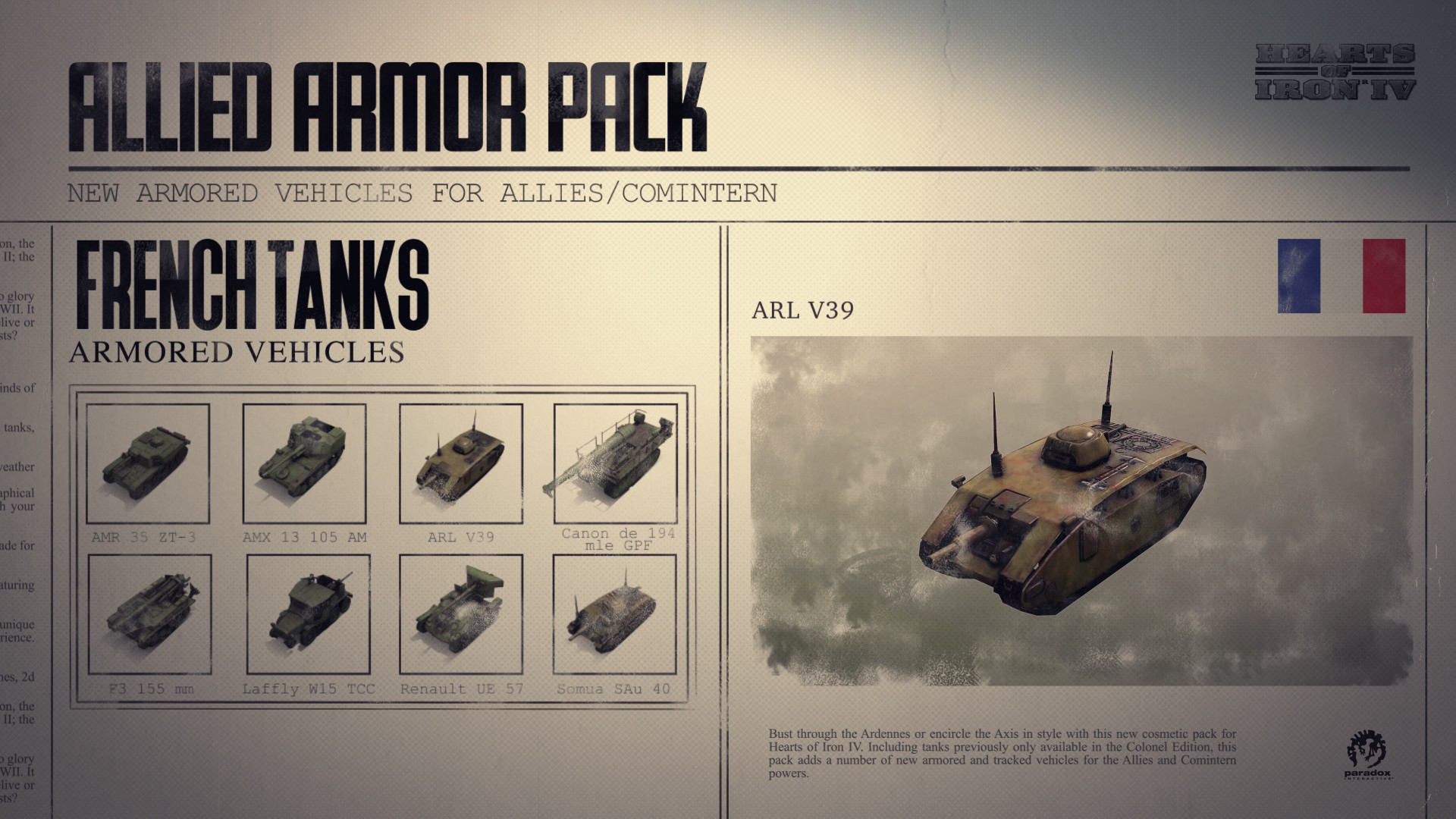 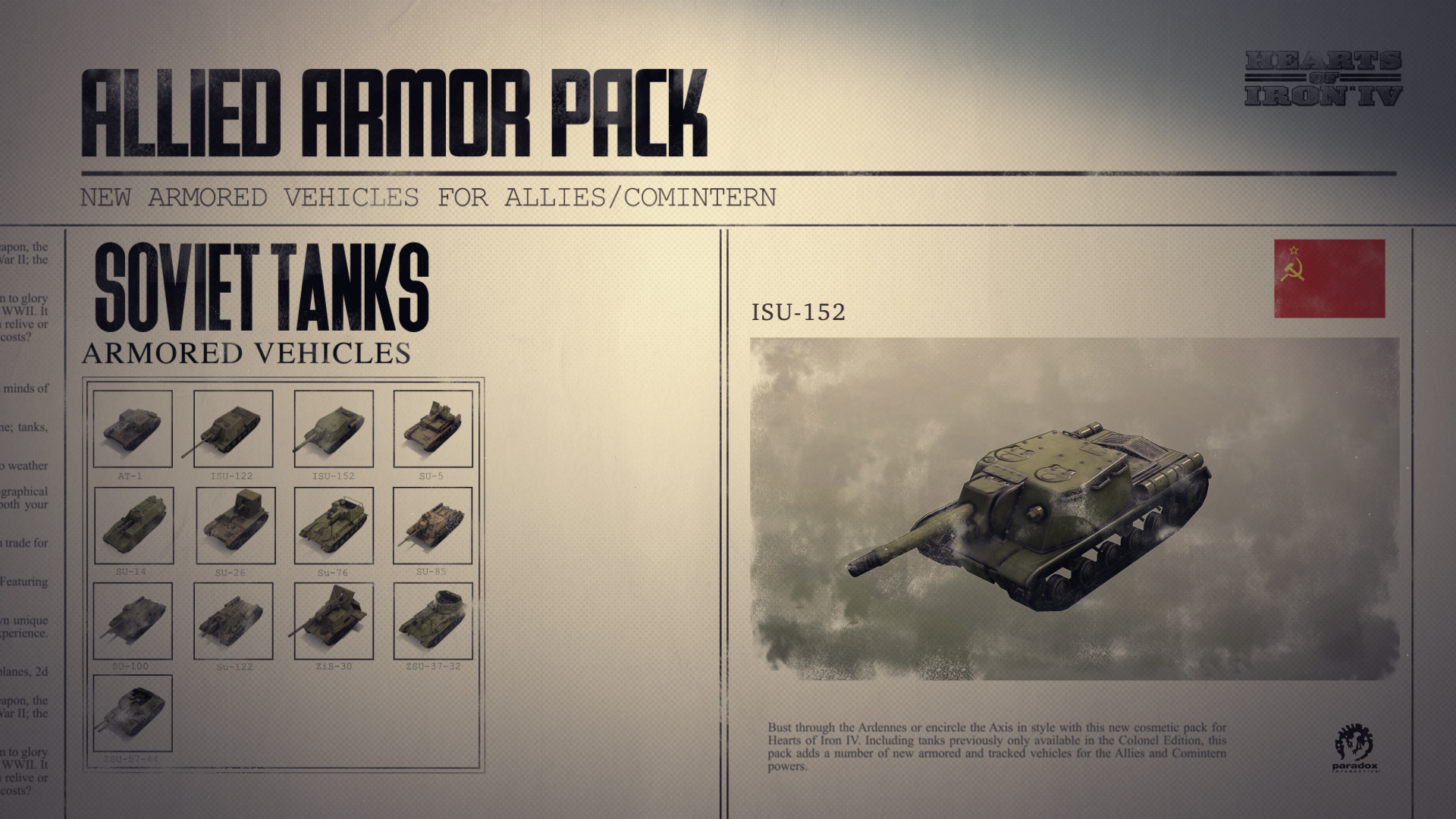 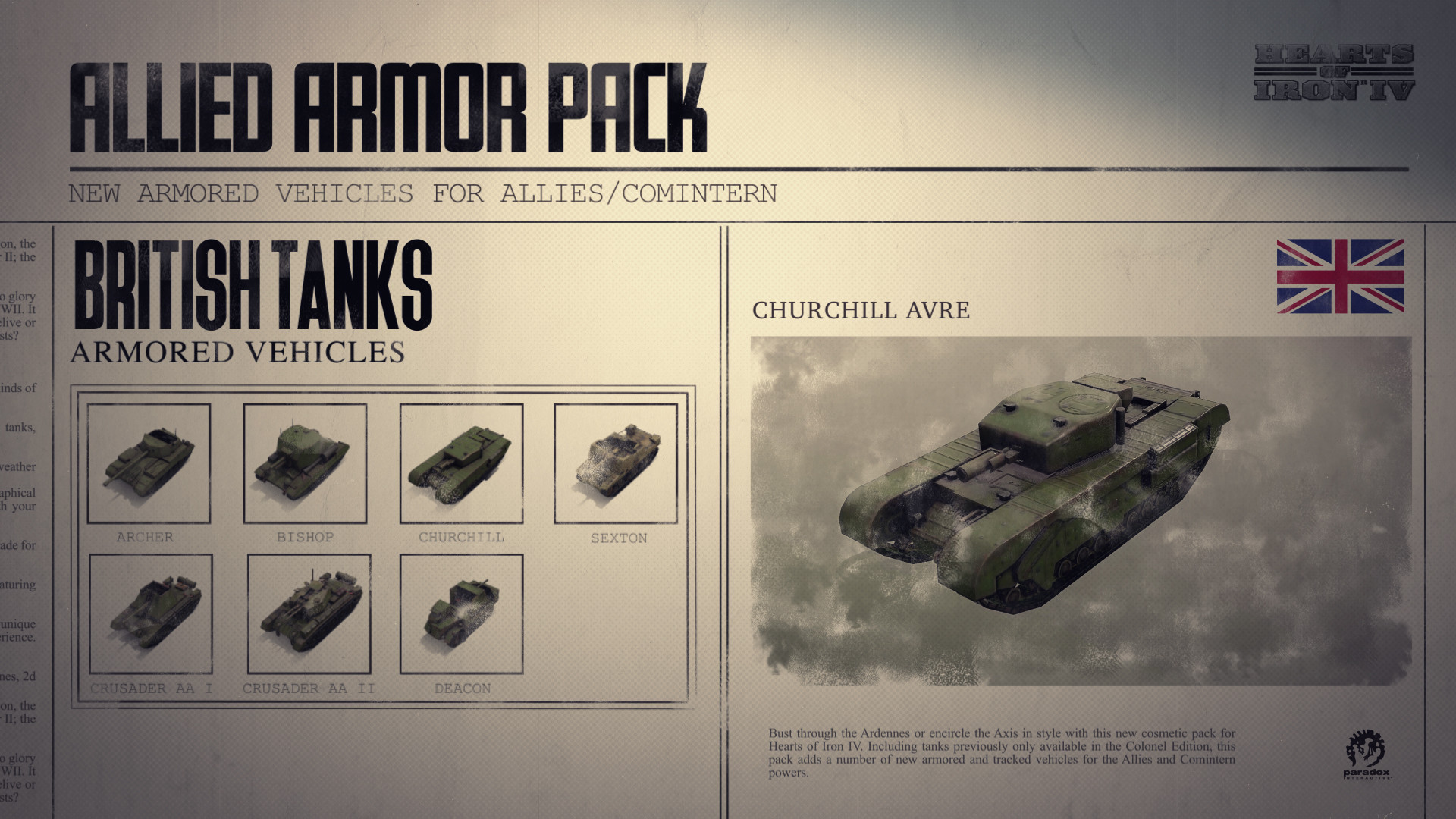 LIST OF ALL UPDATES FOR - Hearts of Iron IV Allied Armor -