If we were to describe our game in a few words, they would be Ukraine, Moonshine and Oil!

The game is inspired by the historical period of Prohibition in the US, the legendary Franklin County moonshiners with a modern twist and in a new place!

The first part of the trilogy, Highly Likely, is a surreal Singleplayer 2D Side Scroller Adventure about a funny and somewhat naive character called Mikola who is trying to do all he can to save his homestead. The game is currently in Early Access.

The story unfolds in a most ordinary Ukrainian farmstead near the Polish border, where the main character, Mikola, lives with his wife. In pursuit of his dream, he lands in tough circumstances and finds himself facing the threat of total ruin. It would seem that it’s over, and there’s no hope. However, fate gives our hero a chance, albeit a very dangerous one, in the form of an “abandoned” oil pipeline. Realizing that he has nothing left to lose, Mikola, without thinking twice, decides to use it and, using various improvised devices, moonshiners style, starts a risky venture that involves him in incredibly amusing, sometimes dangerous and unpredictable adventures.

– More than 5 hours of relaxing gameplay.

– A variety of quests.

– More than a dozen types of vehicles: from a modern bicycle to a steam locomotive.

– 130 unique animations of the main character.

– Multiple movement paths that help to avoid obstacles and perform other maneuvers.

– Narration: First of all, our beautiful game is a story with a fascinating and rich plot based on novel. We really wanted the players to be able to fully enjoy the game process, so that they can fully appreciate its idea, and be able to emotionally empathize with the main character. For this reason, we employed a storyteller, who throughout the game narrates off-screen events, voices the thoughts of the characters, and conducts dialogs on behalf of the characters. 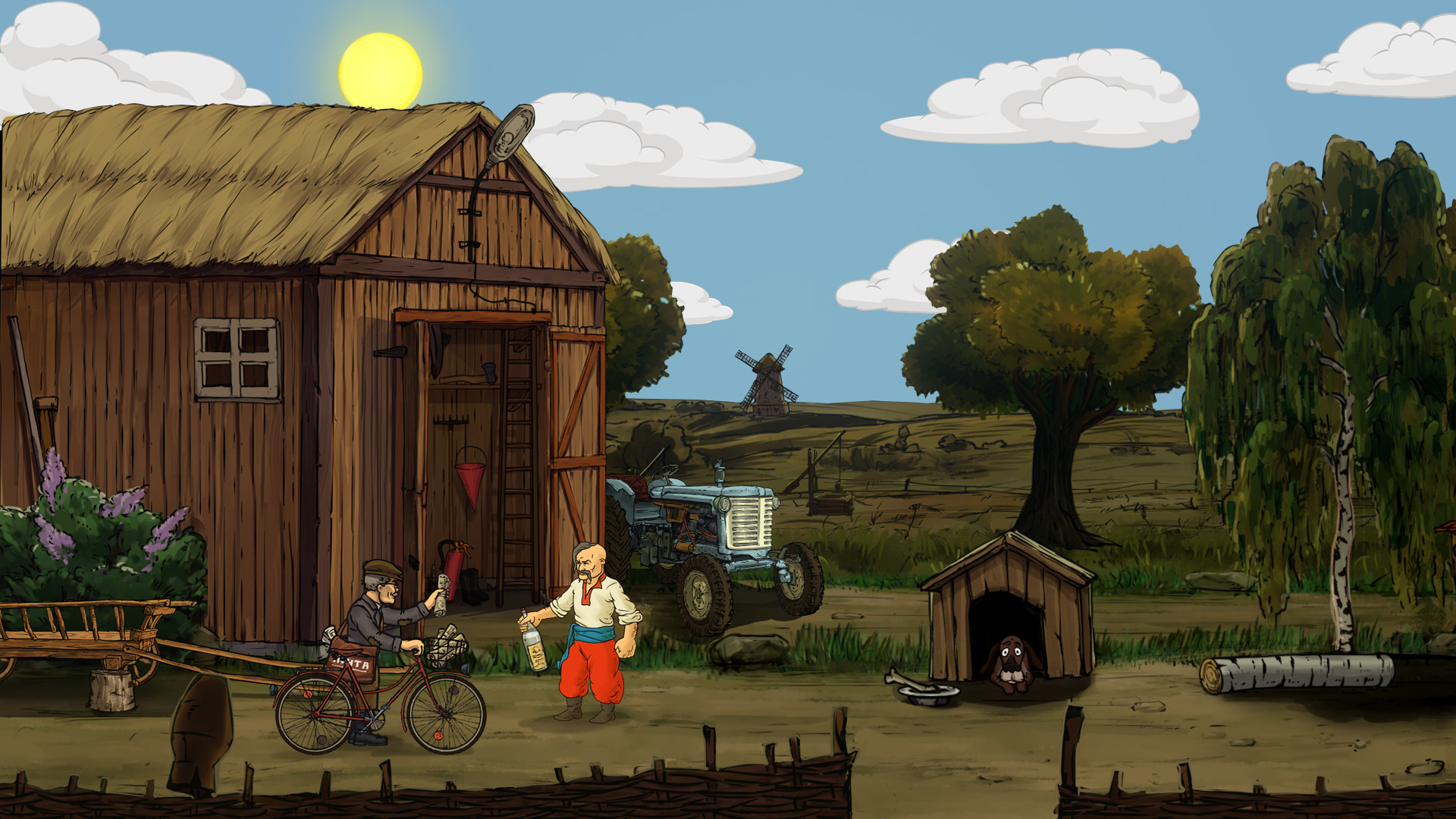 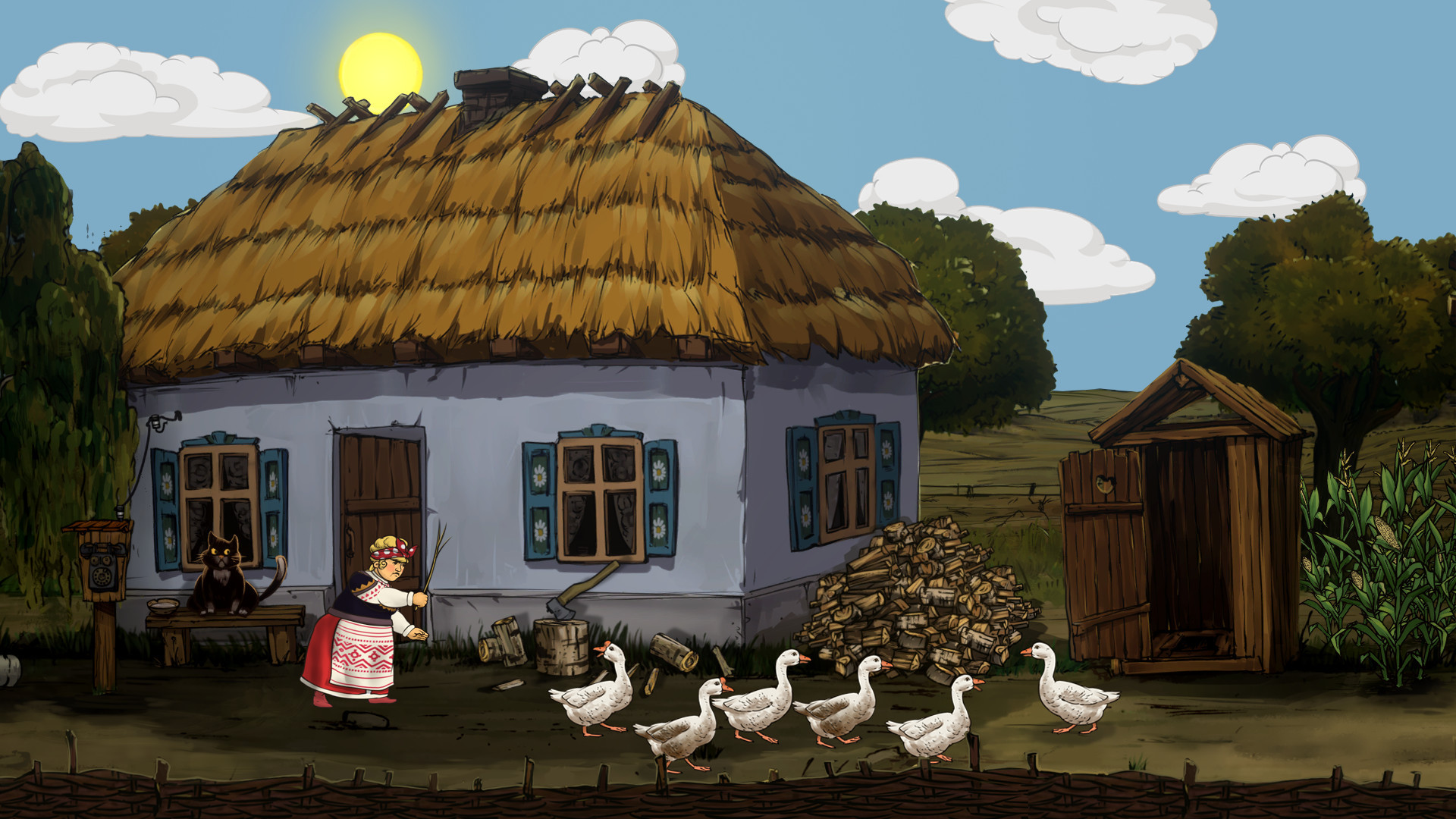 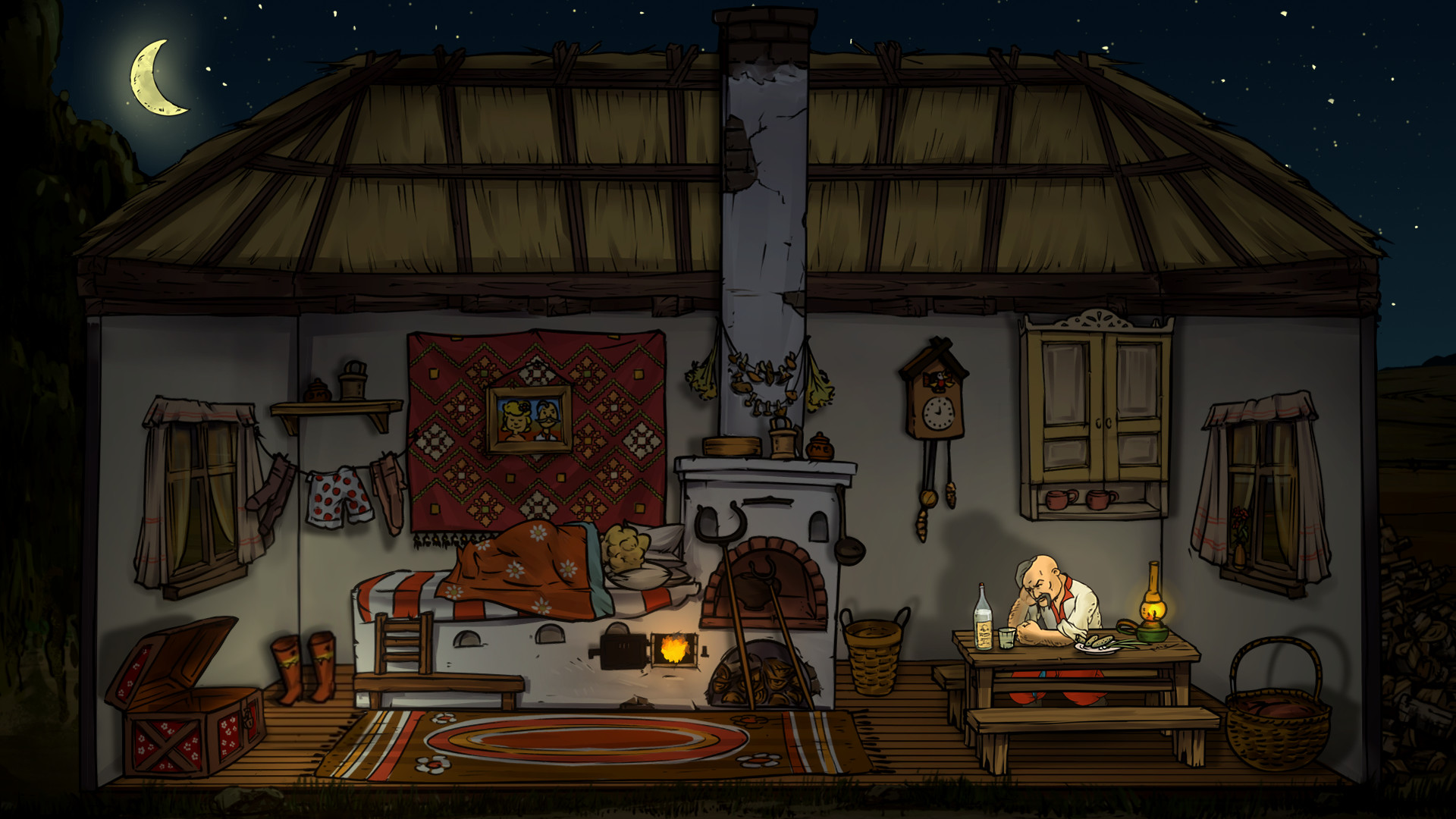