In La-Mulana 2, you take on the role of Lumisa Kosugi – daughter of the previous title’s hero – as she explores the ancient ruins of La-Mulana, said to be the cradle of human civilization. Desperate to find the cause of the numerous recent appearances of monsters from the ruins, Lumisa heads to the "other" La-Mulana: the ruins known as Eg-Lana.

Explore the vast ruins comprising multiple field maps, solve mysteries and riddles using the stone tablets and messages you discover along the way, and take out huge monsters known as "Guardians" as you make your way to the deepest depths of the ruins.

La-Mulana was known as a "Metroidvania"-style game (a 2D action platformer with an emphasis on non-linear exploration). That said, the real core of the game is in deciphering the riddles scattered throughout the game, and solving the puzzles that exist as part of the ruins.

A classic experience: As with its predecessor, La-Mulana 2 will not feature a tutorial or a long-winded sidekick. As a seasoned explorer, it’s up to you to discover the secrets hidden within the ruins and find the truth on your own.

Explore at your own pace: By deciphering cryptic text on the monuments scattered throughout the ruins, you will gradually unravel the mystery of the ruins. Which parts of the sprawling underground you tackle, and in what order, is up to you. Sometimes you will need to use changes in backgrounds, mysterious sounds, the strength of enemies, or the sneakiness of traps to detect subtle changes in your surroundings.

A colossal adventure: We have designed a variety of zones, and have created a mystery deep enough to encompass a gigantic cave system. This is a very large-scale indie title. We predict newcomers to the series will probably be able to clear the game in 20 to 30 hours. Because of the non-linear nature of Eg-Lana, La-Mulana 2 will have plenty of replayability.

New horrors, new weapons: Plenty of ferocious and terrifying monsters and guardians stand in your way in the depths of this new underground network. Fortunately, you will also have an arsenal of tools and weapons at your disposal to help you on your journey.

Widescreen support: The first La-Mulana was a remake of a retro-style game that ran in a 4:3 aspect ratio, which made widescreen support impossible. For La-Mulana 2, the various maps and rooms are designed to be 16:9-compatible, making it perfect for widescreen TVs and monitors.

The question we’ve asked ourselves throughout development is: "How can we make an old-school 2D game take advantage of advancements in present-day technology?" 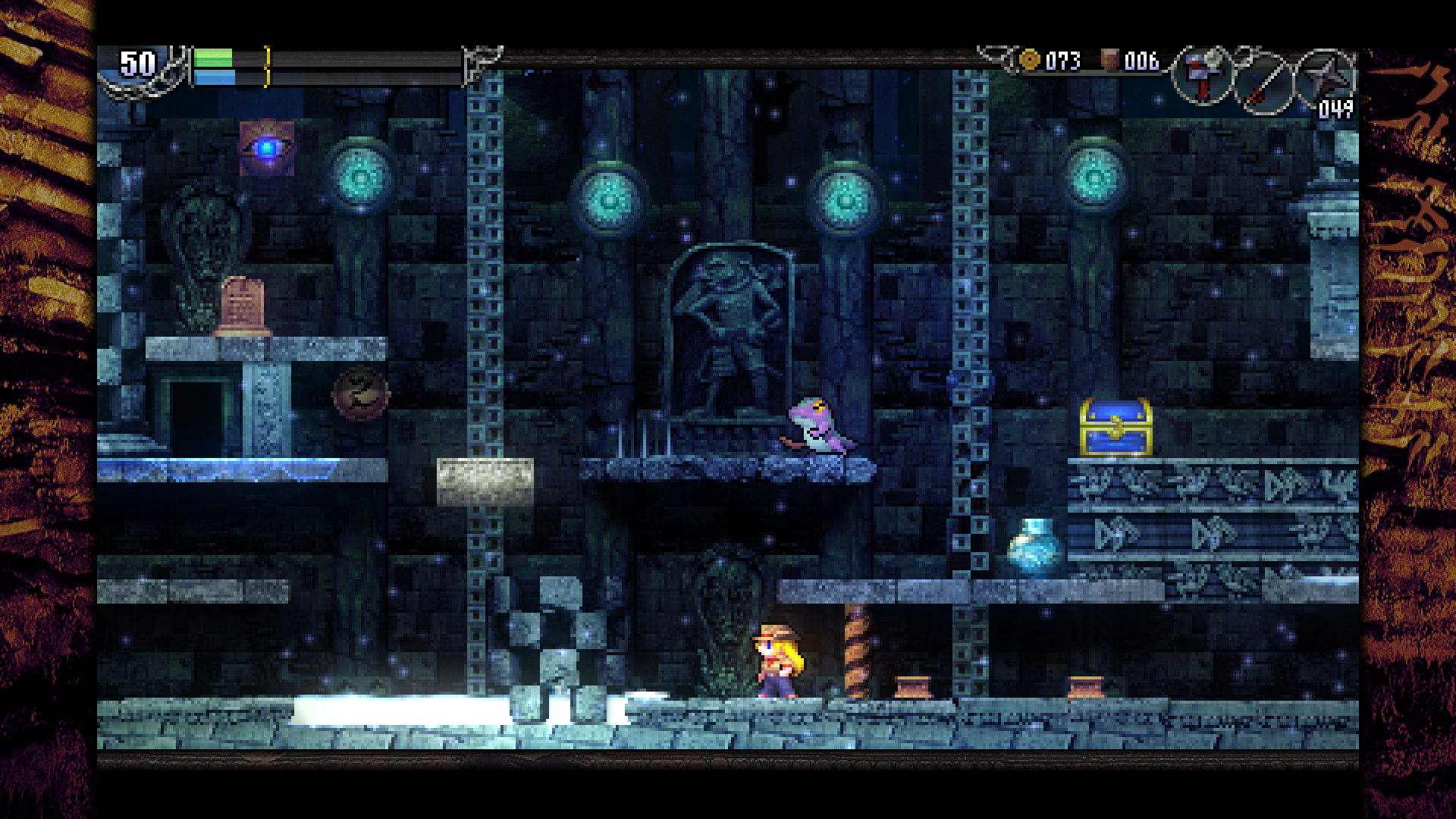 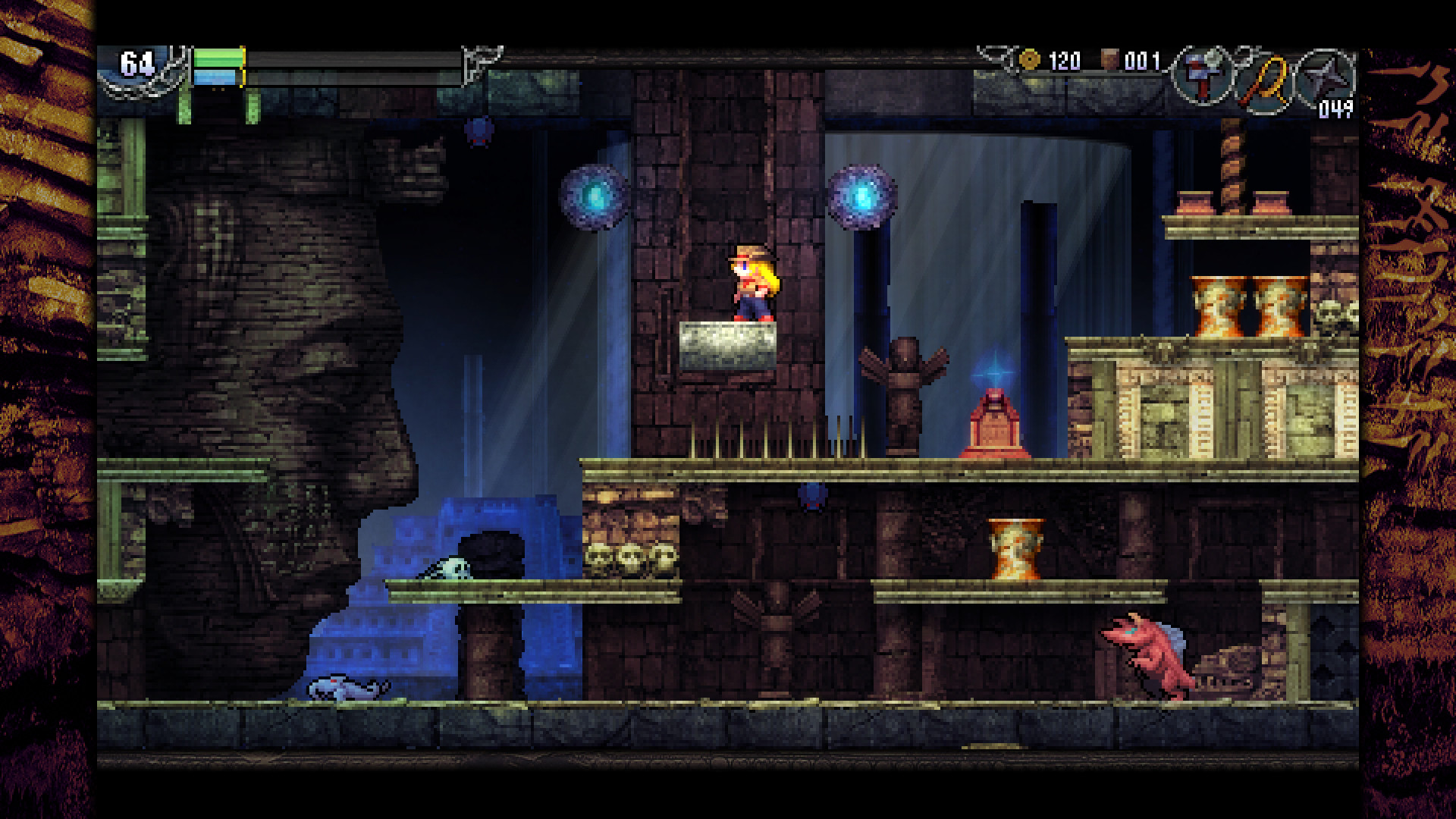 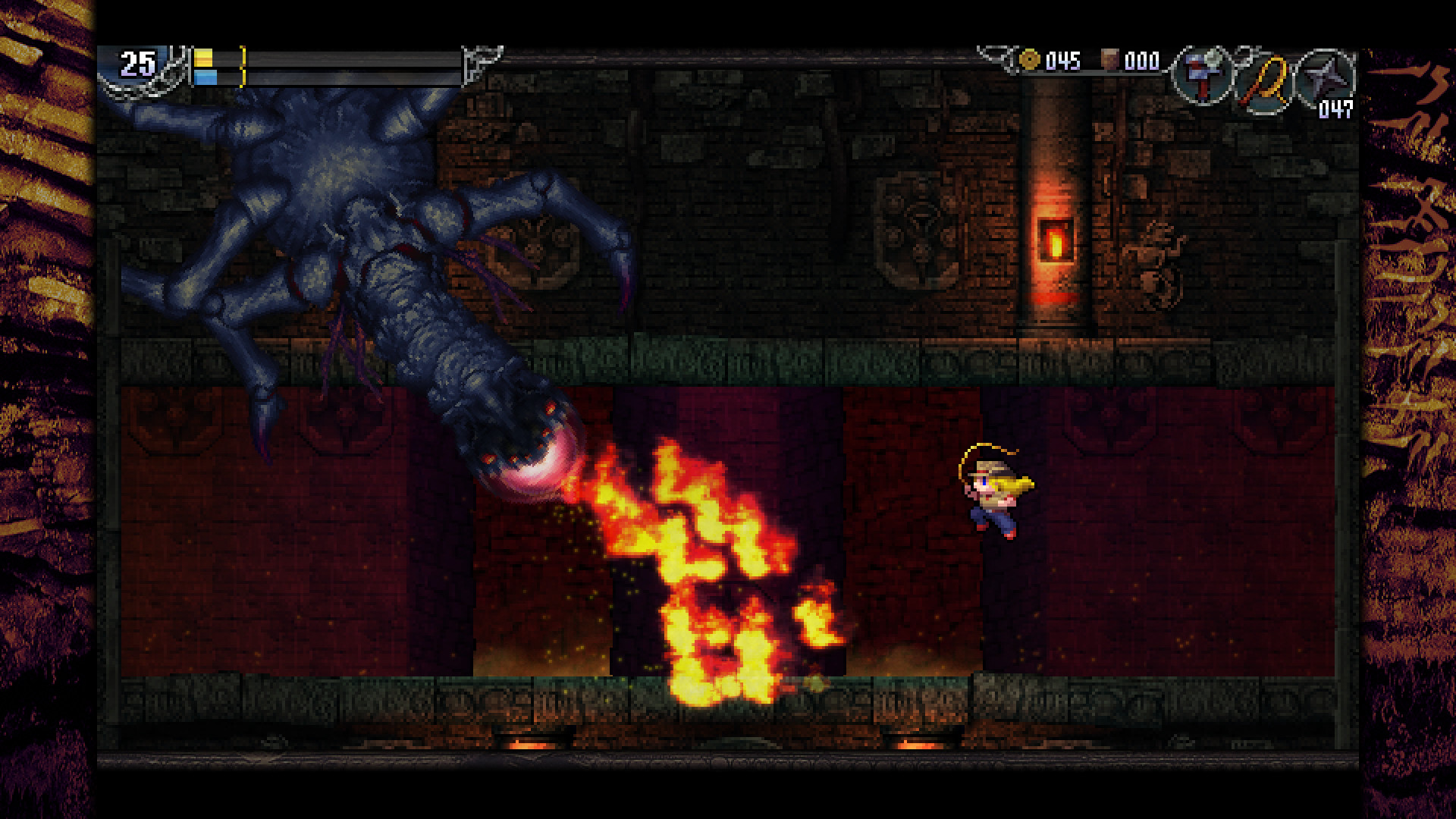