"Mutated Muter’s Invasion" is a fun and humorous 2D platformer/action adventure game about a music note fighting an evil monster from the outer space, the Mutated Muter (pun intended), who "invades" the Solar System to mute all the music on the Earth. The nasty Mutated Muter wants to destroy our Solar System’s cosmic harmony (also often loosely called "the harmony of the spheres") and mute music in the souls of all humans forever.

Imagine a world without something that is everywhere in our everyday lives… Not only does music sound at concerts, parties, and other events, but it also follows you while you are watching TV or a video on the Internet, driving, or maybe even jogging or on your way somewhere with earbuds on. Although there do exist games that are based on music as a video game genre, there seems to be a lack of (if any at all) games that are NOT music-based genre-wise yet are wholly ABOUT music, especially saving music, as a subject. So, the idea of "Mutated Muter’s Invasion" was born.

This game’s idea is to provide a mostly 2D platforming action experience, often loosely described as "Mario-esque", while focusing on music as the main subject. A couple side-scrolling shooter levels are also present. Fight the Mutated Muter’s agents at different locations/levels stylized as music scores with some fancy mechanics and collect sharps, flats, naturals, and other power-ups and useful items in the fancy universe of "Mutated Muter’s Invasion"! Shoot "un-muting" sonic bullets and super sonic bullets at the mobs, avoid the muting weapons of the enemies, and more. And, of course, punish the overconfident Muter himself!

WARNING: the game is HARD! Choosing the "expert" mode right away is highly discouraged.
One (but not the only!) challenge is timings, which are as important here as if you actually were a performer learning a musical piece… Bad timings will cause you to fall down into the abyss or take hits. Other dangers await the player too, even where things may look nice and relaxing. It’s not only the mobs who are nasty and sinister… Even some platforms will try to trick you! 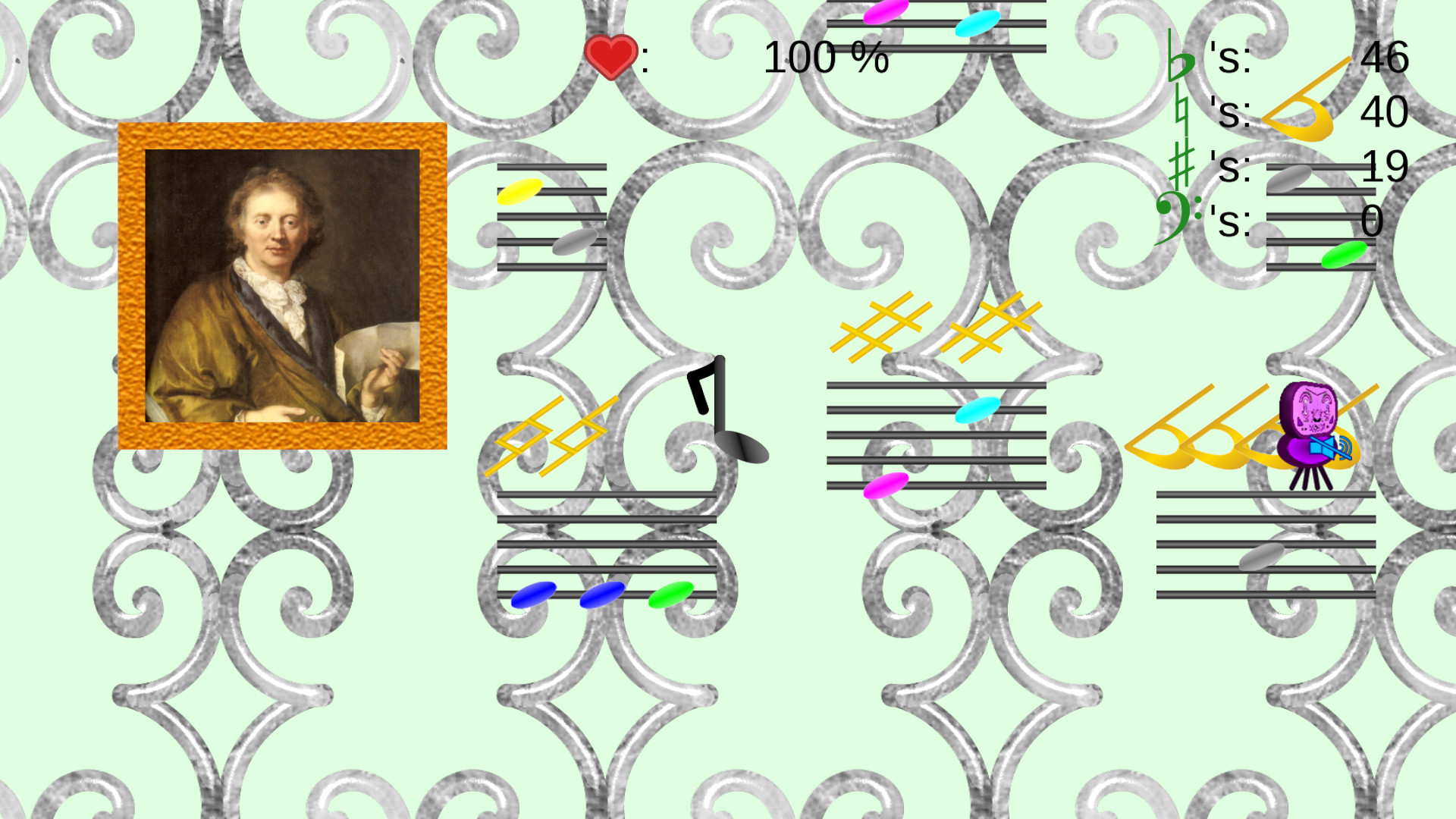 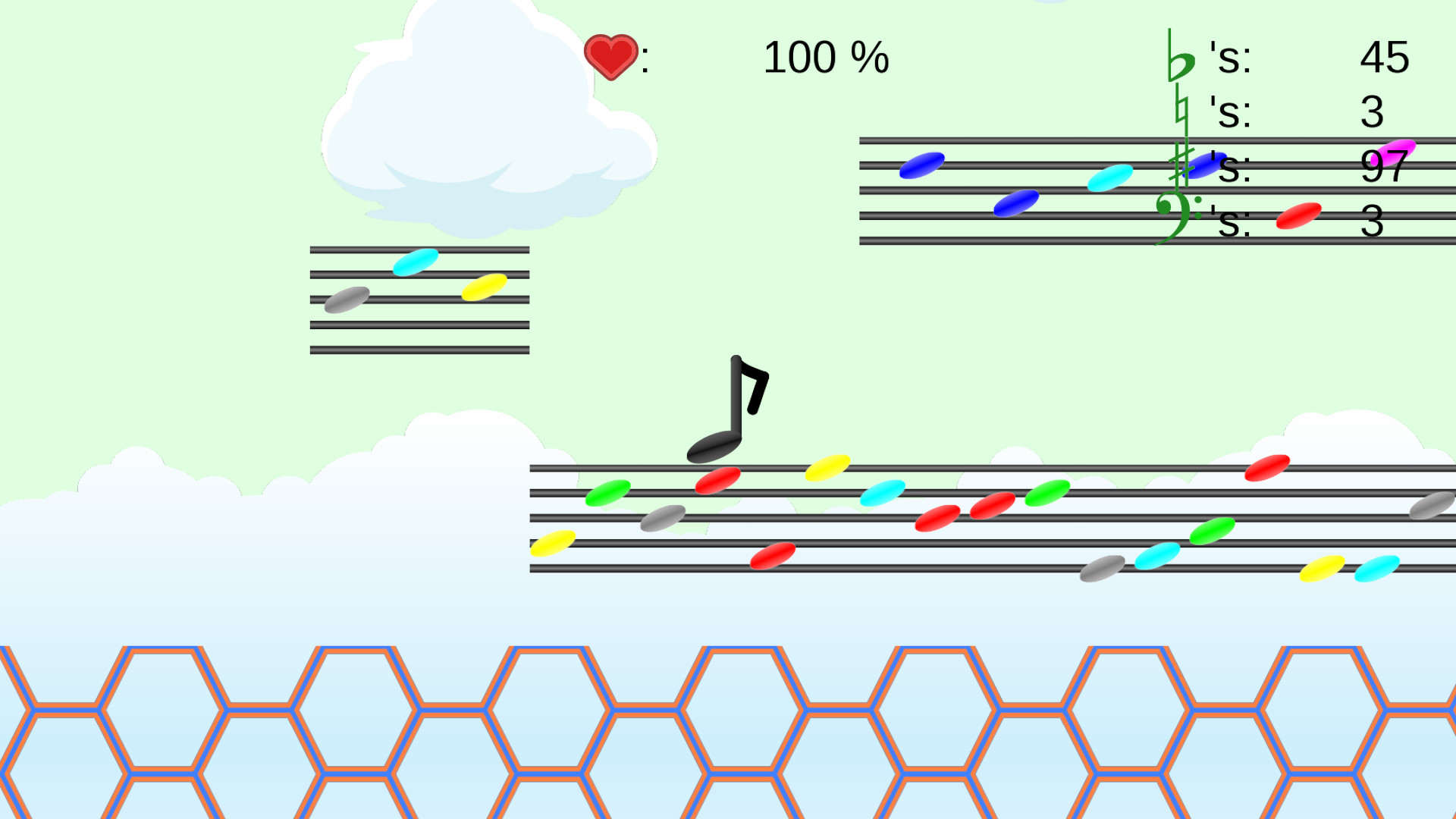 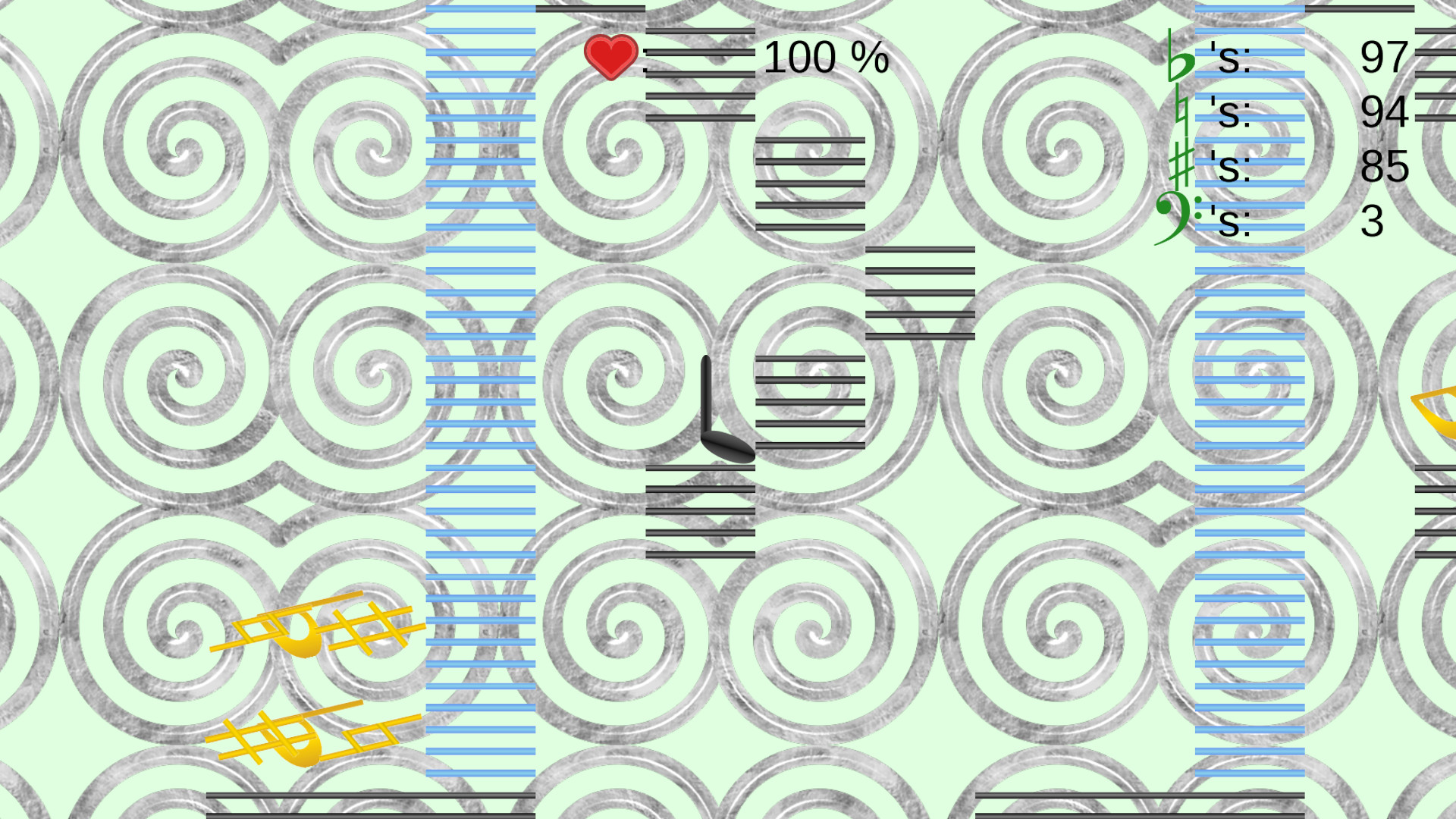