Newton and the Apple Tree READNFO-DARKSiDERS

"’Newton’ was actually the pen name of a brilliant-minded girl!?"

Protagonist Syuji Asanaga and his childhood friend Yotsuko Utakane, while tracking down Syuji’s missing grandfather, unexpectedly ended up traveling through time to the 17th century, a time known for exciting advances in scientific discovery.

What they witnessed upon their arrival was the presence of a single girl right in front of them.
This particular girl would go on to be dubbed as the father of modern-day science, Sir Isaac Newton!

That’s correct, Newton turned out to be a small, flat-chested girl!

Unaware of this, Syuji loudly crashed into the apple tree right in front of the girl.

"You do realize that I was just on the verge of making the most groundbreaking discovery, don’t you!?"

It was at the moment our main couple traveled through time,
right then and there, that Newton discovered universal gravitation!

And just like that, through Syuji’s witless conduct, the great scientific discoveries of that century had all crumbled to ashes. What’s more, like the domino effect, this would gradually end up altering key points in history.

Now taking up residence at the prestigious English university called "Tenbridge University," Syuji finds himself pulled into the antics of four strange girls (and Yotsuko).

In the midst of all this chaos, will Syuji ever be able to rectify history and return to the present!?

Role: Stuck in the Middle
(Including heroines from the waist down)

A teenager that hates science. Our protagonist. Also a virgin.

His grandfather was the second Japanese physicist to be awarded a Nobel Prize. Syuji and his childhood friend, Yotsuko, have been mentored by him ever since they were young.

A science-loving boy, but the constant comparisons to his grandfather made him grow sick of it. One day, his grandfather went on a trip to England, only to end up going missing. Syuji was in so much shock that he started writing music to escape reality.

And so he lived as a miserable virgin, until he was reunited with Yotsuko and they somehow ended up being flung through time. Syuji now finds himself surrounded by four strange girls (and Yotsuko), and to make matters worse, he’s the only one with a lick of common sense!

Make your way into the heart of a heroine, change the future, and find your grandfather!

An extremely bright girl who enrolled at Tenbridge University after skipping grades.

Because it was prohibited by law for women to write theses, she used the pen name "Isaac Newton." That’s why she went down in history as a man.

With her exceptional abilities, on top of her excessive pride and greed, she is almost untouchable on the campus.

She has a bad habit of adding notes to the books inside the library without permission. Barely a book has escaped her scientific scribbles!

Yotsuko is a girl who loves to measure everything around her, and she won’t be satisfied unless she’s measured down to the tiniest detail!

She’s Syuji’s childhood friend. His grandfather taught her how fun science could be, and she’s been devoted to the field ever since.

She has a daily routine of measuring her own body in millimeters and adding it to her records every morning.

Ask her about her figure and she’ll give her most up-to-date measurements without a second thought!

She’s very good with numbers, but between you and me, she’s kinda clumsy.

Haru is an exchange student from Japan, studying astronomy in 17th century England.

Her grandfather was the one to originally move abroad, but Japan closed its borders and isolated itself from the world soon after.

Because of this, Haru was born in England, unable to see the Japan she yearns for.

She is the only person who truly understands Alice, and they support each other while spending their days together in Tenbridge.

Unlike Alice’s theoretical and factual approach to science, she’s a genius scientist who lets intuition guide her hand.

She lives in an age where modern science, magic, and alchemy coexist. If her intuition is telling her "yes," then you bet she’s gonna do it!

She was the first to figure out that Syuji wasn’t from her time, igniting her curiosity.

What she wants the most right now is a male test subject that listens to everything she says.

Emmy works as a maid at Tenbridge University to support her younger brothers. Her work takes her all over campus, so if you ever want to know anything about the place, she’s the girl to ask!

She resides in the same dorm as Alice and Haru, handling all of the household chores such as laundry, cleaning duty, and cooking meals, while also looking after all of the residents.

She takes her job very seriously, never removing her headband while she’s at work. This means your only chance to see her with her hair down is when she’s off the clock!

Though you’d need to be a lucky guy to see that. She works every day, leaving her with only enough time to spend with those truly close to her. That’s exactly why her headband is so valuable to her.

Newton and the Apple Tree was originally written and produced by the group Laplacian and released in Japan in May 2017. Comprised of a talented group of industry veterans, Laplacian develops visual novels with focuses ranging from comical time traveling journeys to pure love stories focused on that "first love".

Newton and the Apple Tree READNFO-DARKSiDERS 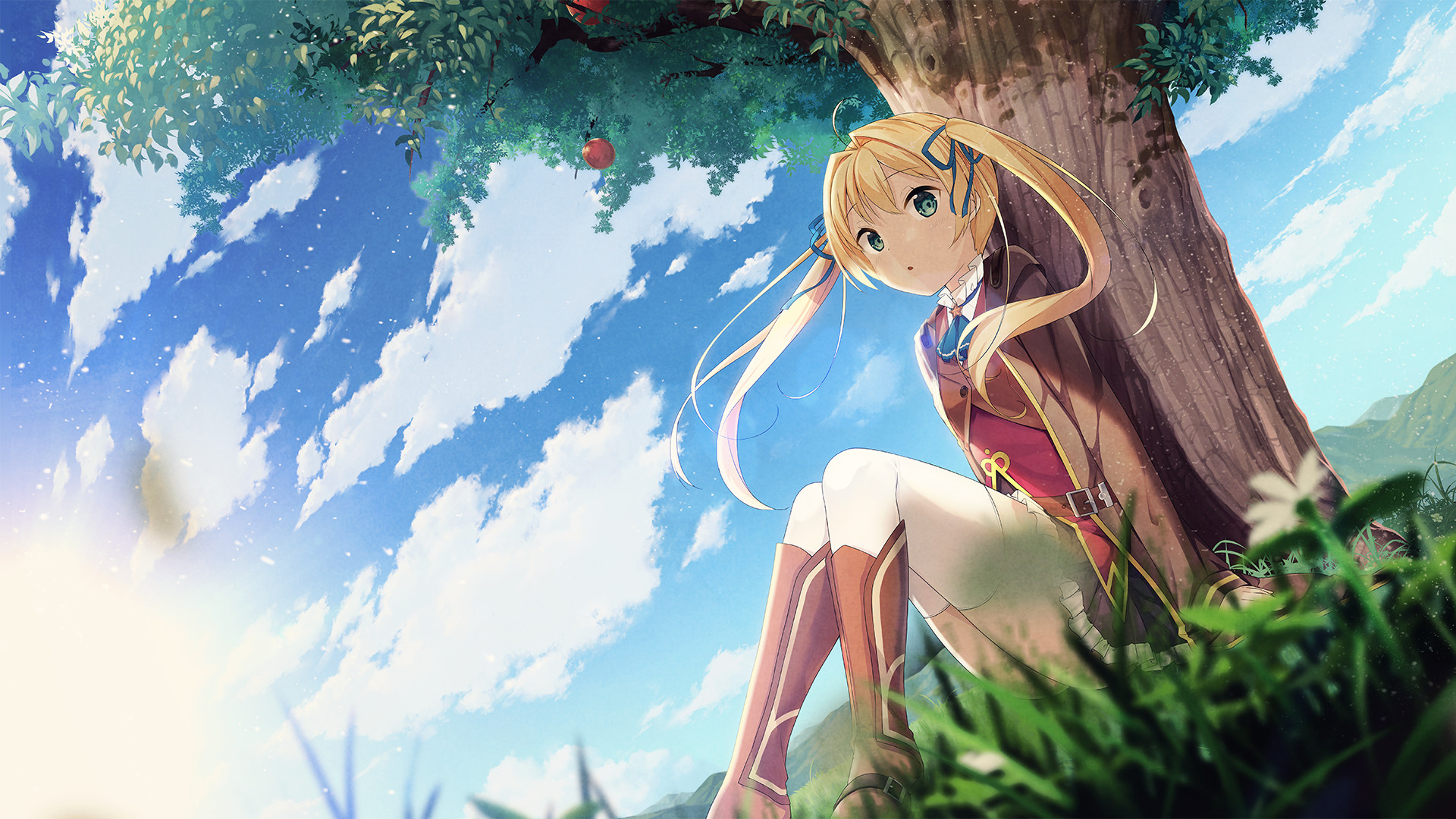 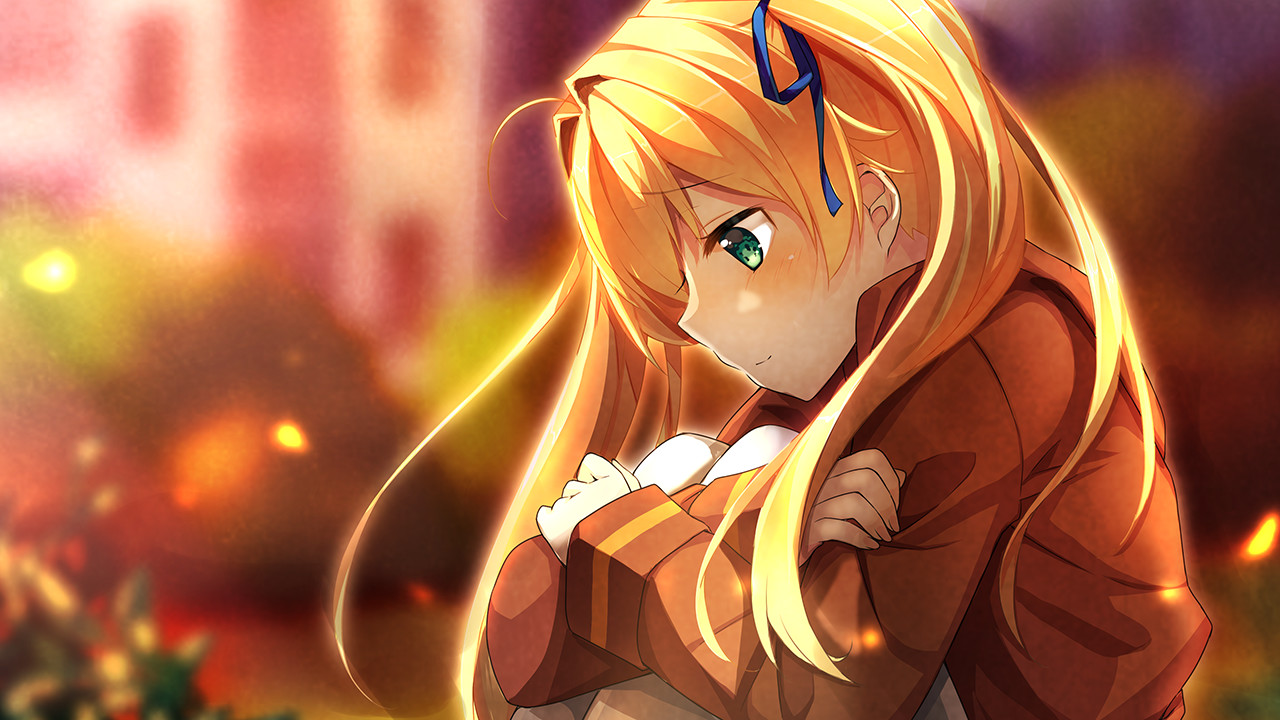 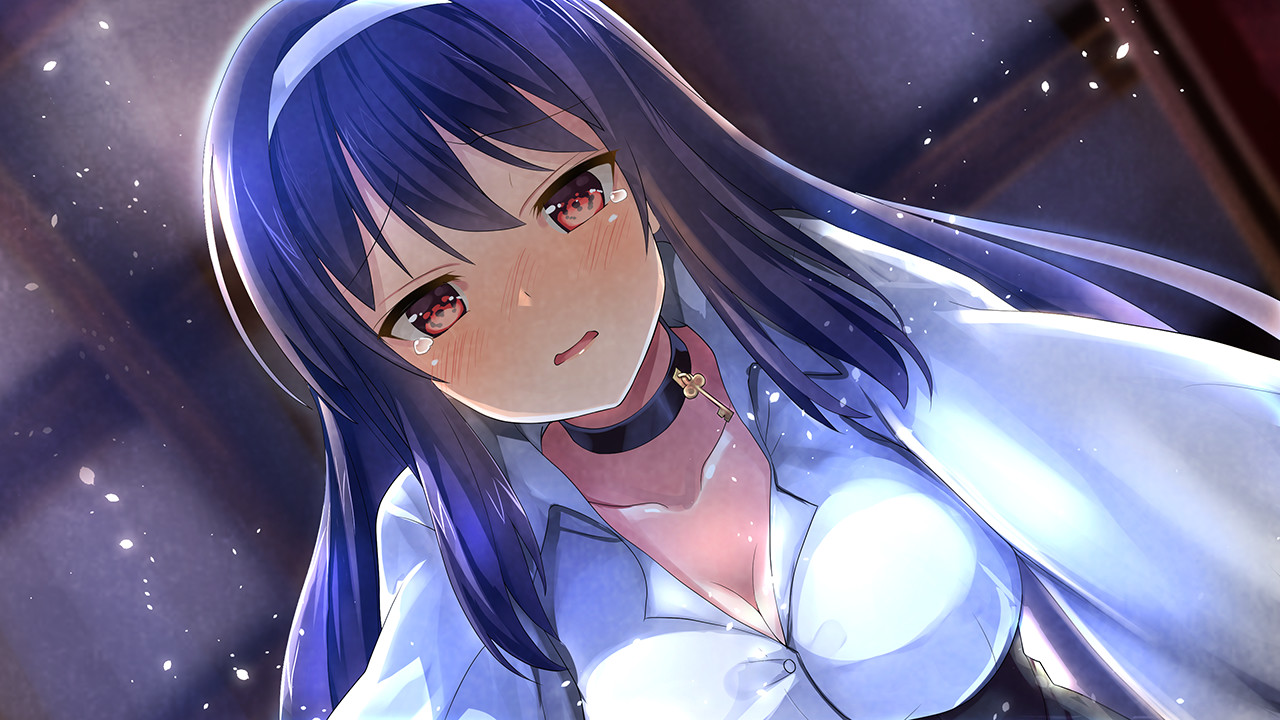 LIST OF ALL UPDATES FOR - Newton and the Apple Tree -