The radio amateur catches a strange signal that emits incomprehensible noises. It is broadcast around the clock and only sometimes a human voice makes its way through the air. However, it is impossible to make out what the person is saying. The most mysterious thing, though, is related to the fact that according to the maps the place the signal is coming from does not exist. As a main character, you will have to uncover terrifying secrets about this enigmatic signal.
There is no weapon in the game. The protagonist does not know how to handle it.

The most useful thing you have is a radio.

With its help you can understand what is happening in this place. You choose the radio wave on your own in order to catch the desired signal, contact people, or simply listen to the radio of the USSR. There are a lot of moments in the game related to the use of the radio.

The story in Noise is not a typical faceless horror.

We’d like to tell you an interesting yet sinister story in Stephen King’s manner. The story will be rendered through conversations and thoughts of the protagonist as well as through the study of locations. Some details of the story can remain unnoticed if you don’t study the locations carefully. The story is set in the USSR which gives it a peculiar flair.
The main antagonist of the story is the creature which is constantly wandering around, exploring the location the same way you do. It hunts you and reacts to your actions. If you turn on the light or use a flashlight, the creature will go and check what is happening. You need to try hard to hide from it because you cannot kill it. The creature sees nothing in the dark, so sometimes it will be enough to simply turn off the light and wait for a while.
The creature emits radio waves, so you can track it with your radio. We tried to implement the artificial intelligence system in the game, being inspired by the monster from the Alien film and game.
The creature is important to the story. It is no less important than the protagonist. 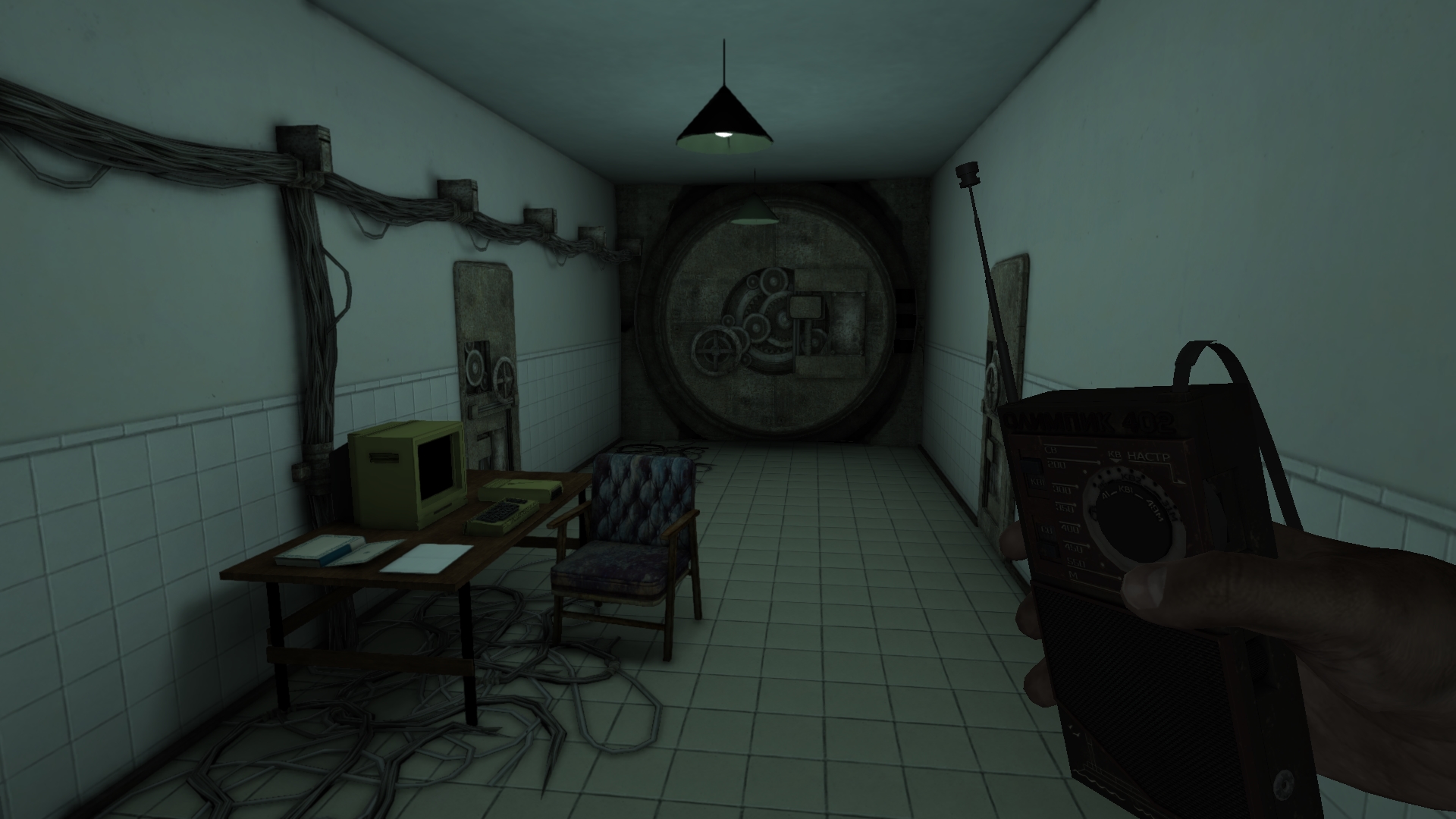 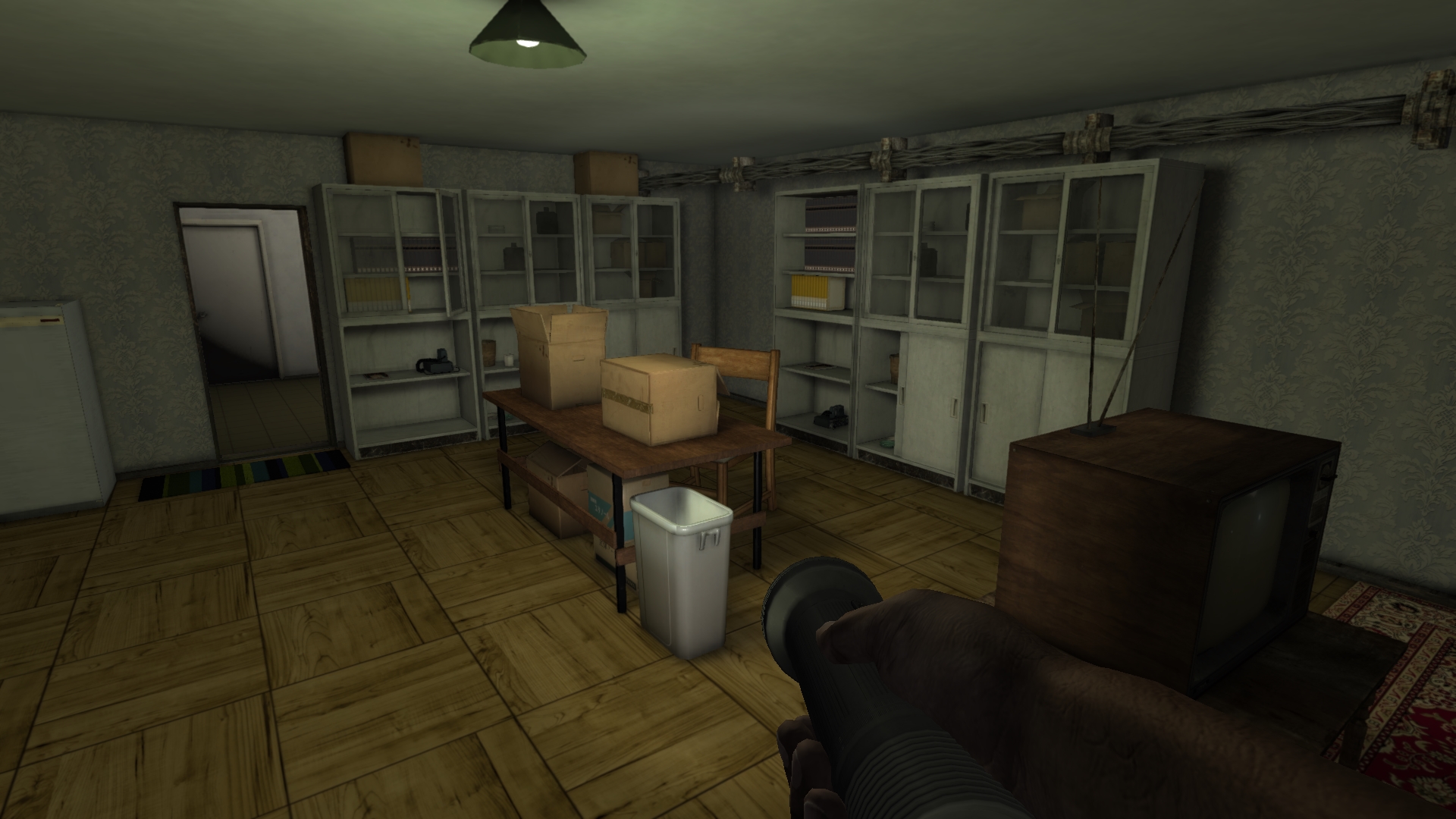 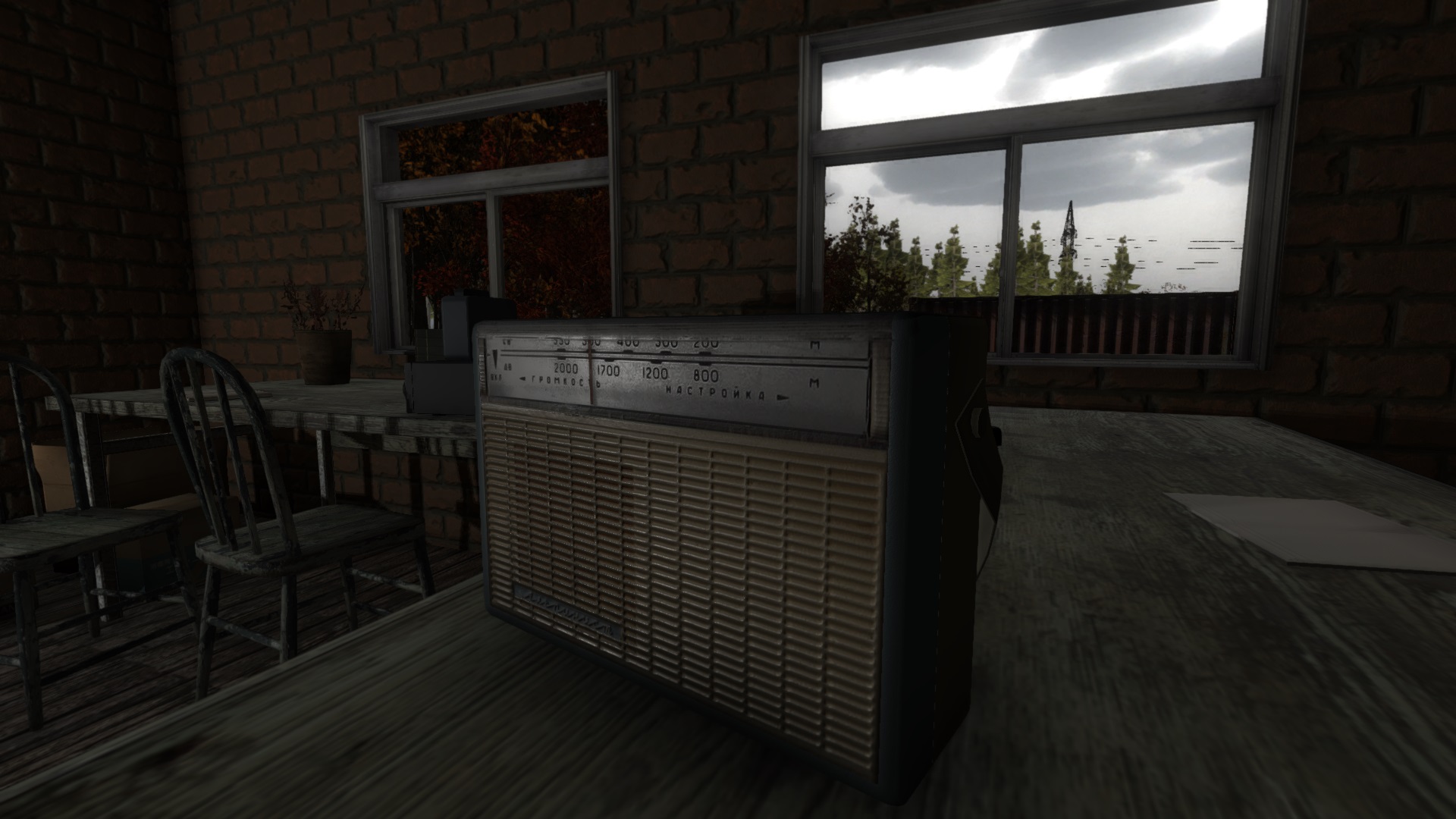