The Promethium armada is headed to Earth, leaving a toxic trail of destruction in its wake. Commander Braybrook, it is your mission to take up the experimental deep space fighter and stop the armada before it reaches us – YOU ARE OUR ONLY HOPE! 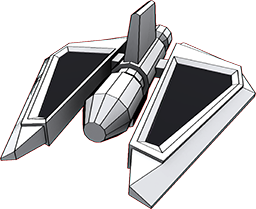 INSPIRED BY C64 AND ARCADE CLASSICS

Inspired by classic Commodore 64 and arcade games, Promethium is a hard-as-nails retro inspired side-scrolling shoot-em-up that takes place over numerous levels that get harder and harder. If you’re after a nice calm casual game, this isn’t it!

Destroy enemy ships and collect the power pods they drop. These power pods are like cash, they allow you to buy power-ups. 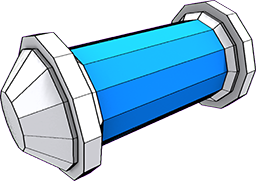 The available power-ups are displayed at the bottom of the screen. The power-up you can buy is highlighted in orange. Every time you collect a power pod the next power-up becomes available to you. Some power-ups are single use, some are multiple and some are timed. Experiment to find your perfect combination.

Promethium can be played on a joypad or if you’re really brave and have the reflexes of a Ninja Cat then you can use a keyboard. I’d really recommend a Joypad though, this game is tough enough as it is.

Use any analog stick or the d-pad to control the experimental fighter, or in keyboard mode use WSAD or cursor keys to fly.

You can fire using any of the triggers, bumpers or the ‘B’ button on Xbox 360 or Xbox One controllers and the ‘O’ button on the Dualshock controller. If you are in keyboard mode you can press the space bar to fire. 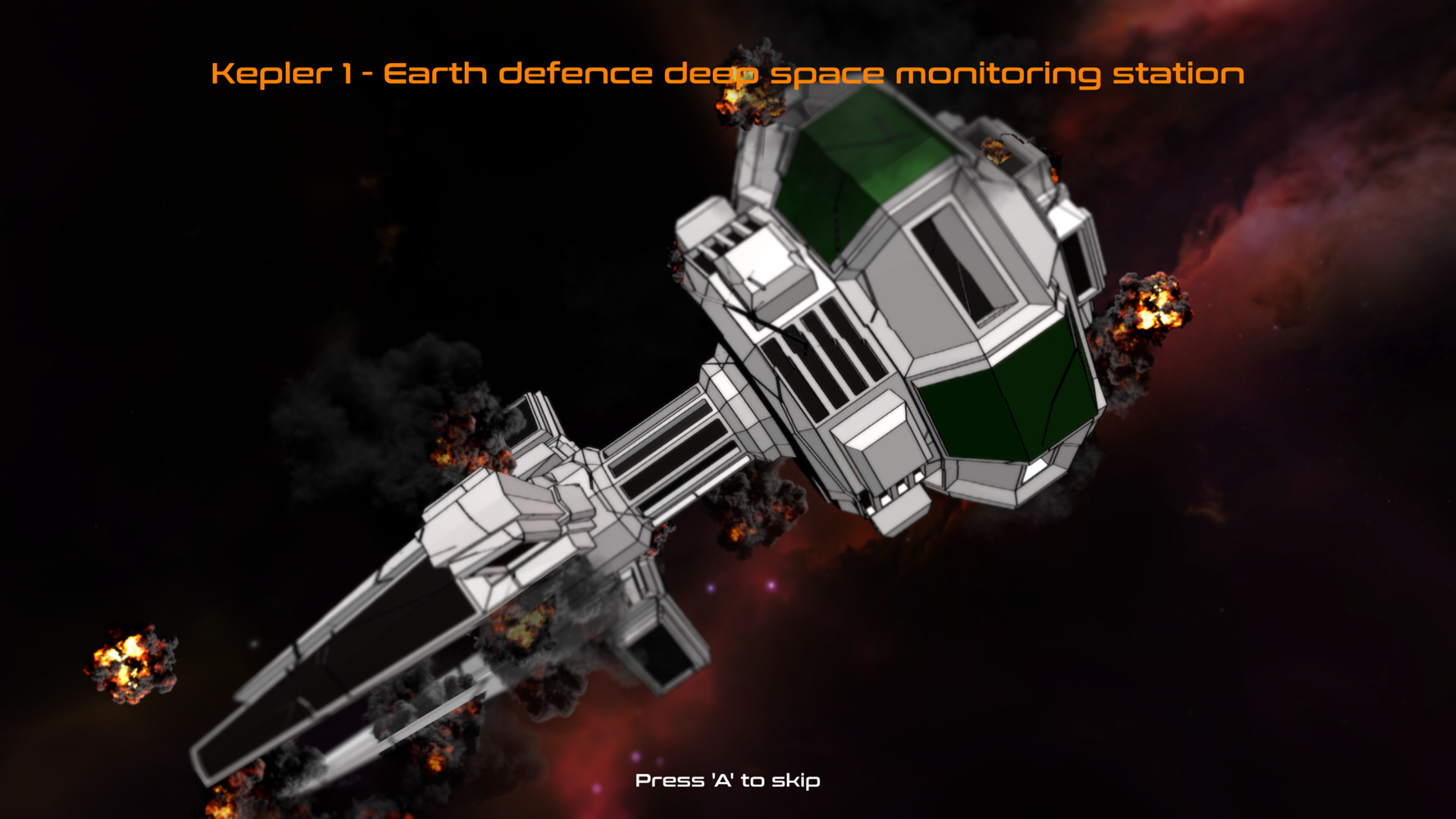 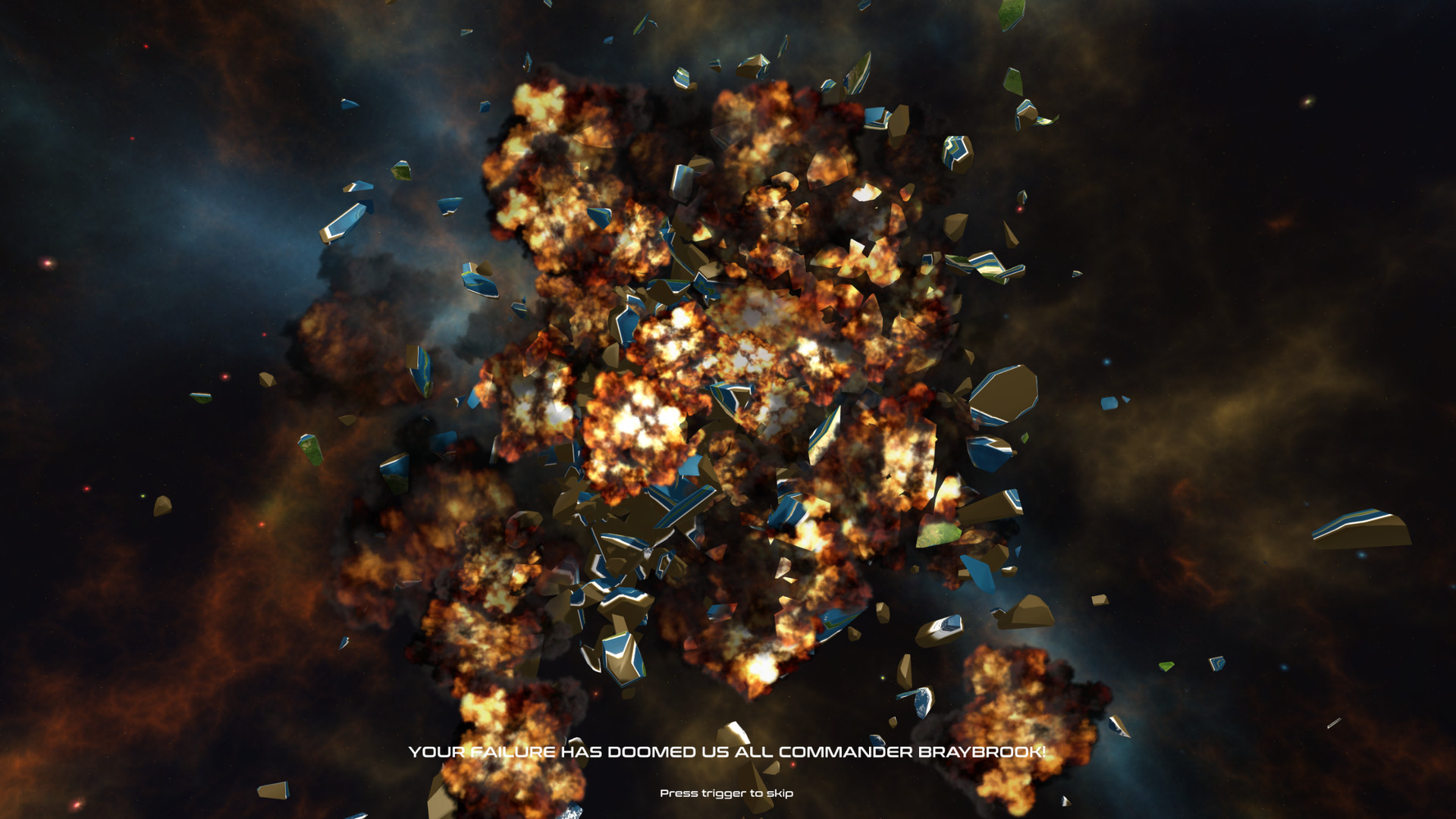 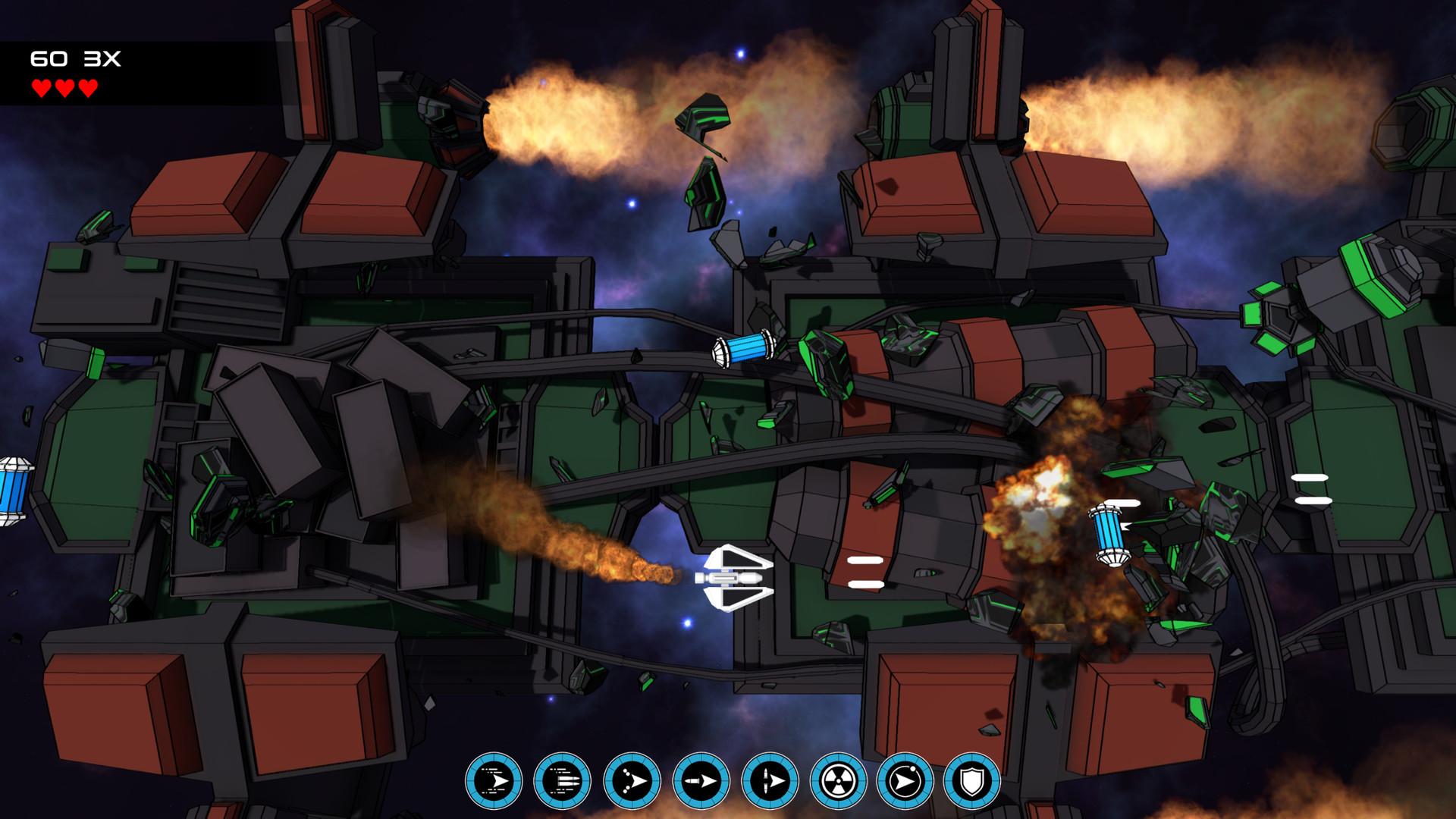