Race around in magic-infused go-karts with friends to win shiny pebbles. Or try your hand at one of the arena modes where you pit yourself against your friends in close-quarters combat. Win pebbles and trade them for new vehicles and avatars to show off your success.
Each player has a number of spells at their disposal which can be used to inch closer to victory or stop opponents in their tracks.

There are 4 race tracks and 4 arenas as well as bonus maps with their own unique game modes.

The spell system consists of 4 schools of magic:

The 3 primary schools of Arcane, Fire and Nature come with 3 spells:

After completing objectives you will be awarded pebbles, these can be traded in-game for new karts, avatars, FX trails and new dynamic menu backgrounds. 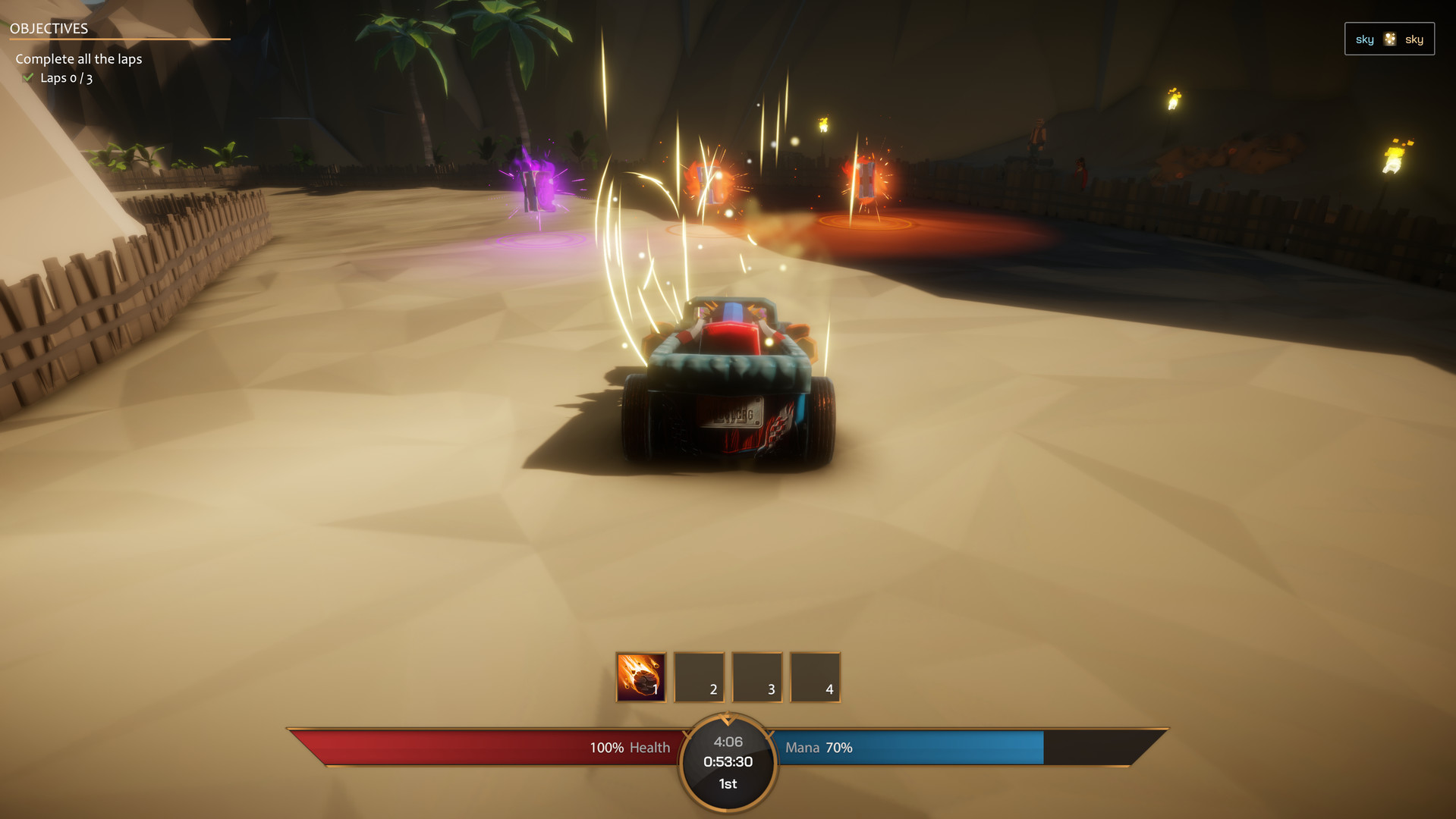 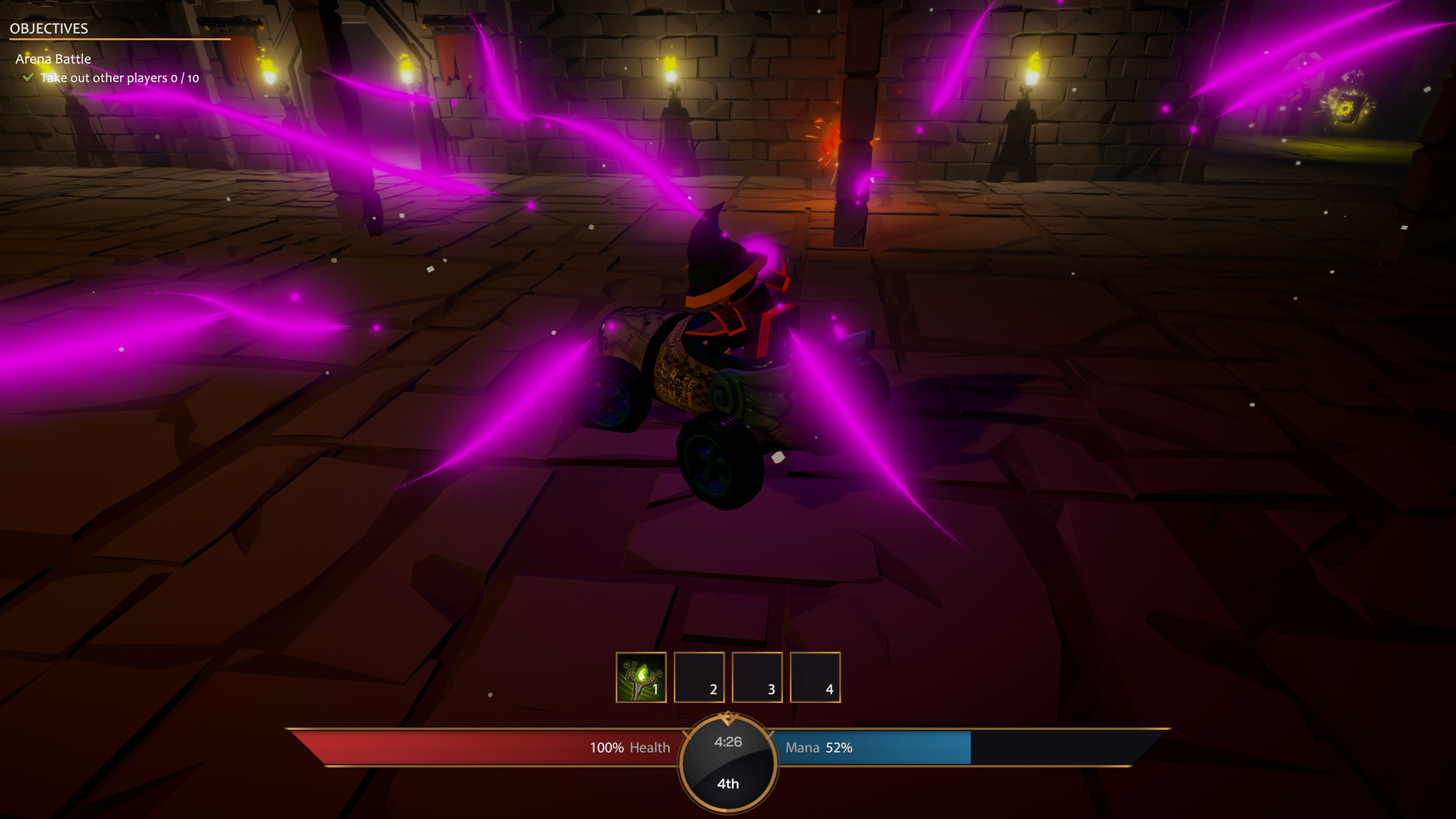 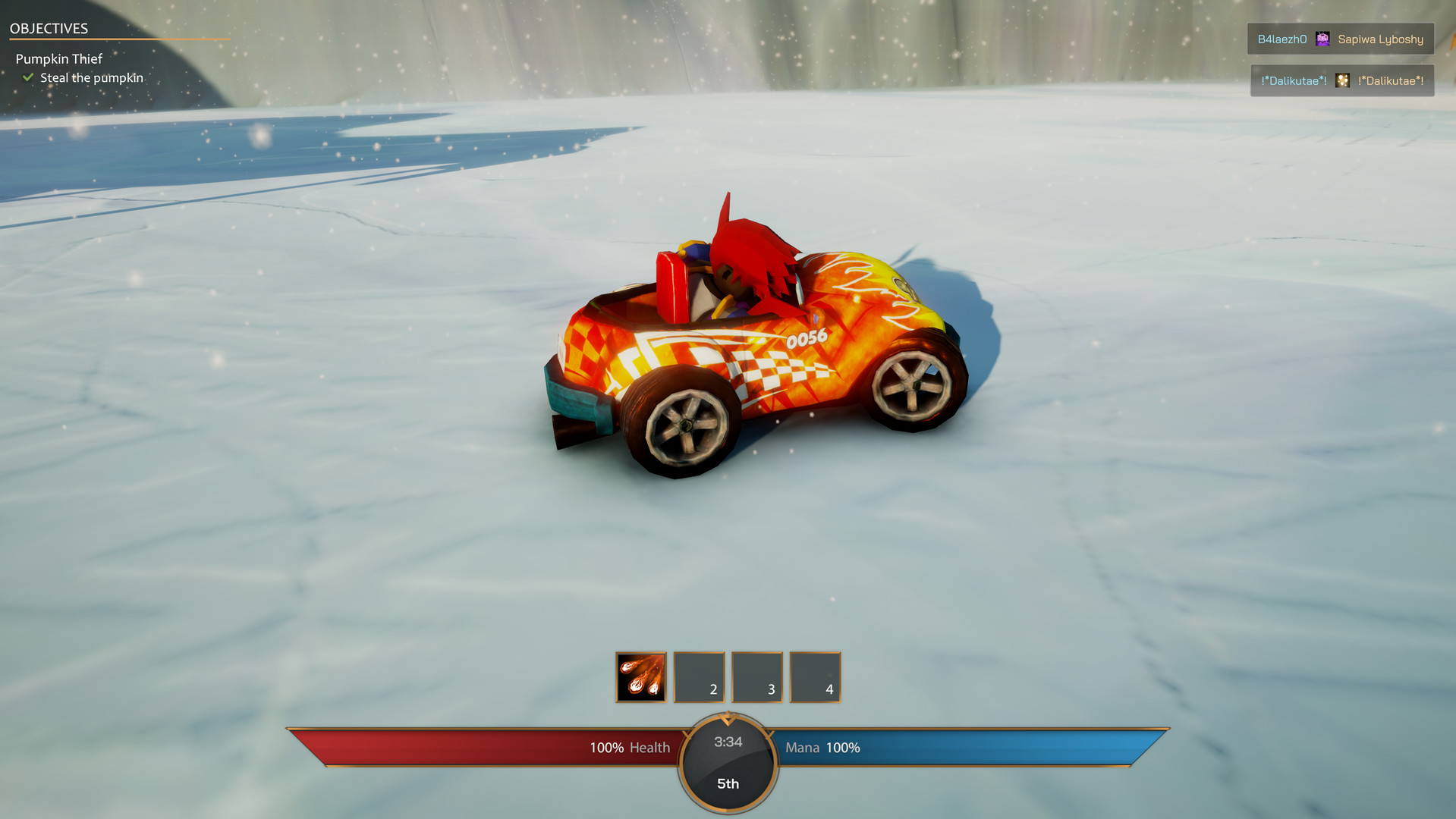