The Lost Legends of Redwall The Scout-HOODLUM

Home / The Lost Legends of Redwall The Scout-HOODLUM

The Lost Legends Of Redwall™

“The Lost Legends of Redwall™” is inspired by the wildly popular characters created by Brian Jacques’ in the “Redwall™” best-selling book series, published by and on behalf of Penguin Random House.

“The Lost Legends of Redwall™” is a proud collaboration between Redwall Abbey Company Ltd, Penguin Random House UK and Soma Games. Together we have nurtured a product that we believe captures the original heart of Brian Jacques’ masterpiece. Between authentic musical scores, digitally sculpted art, an inspired narrative, and an original dynamic scent system “The Lost Legends of Redwall™” hopes to earn its place among the influential games of the new millennium.

We are proud to release the first episode of "The Scout", called "Lilygrove". We will be releasing further episodes of "The Scout" continuing Liam and Sophia’s adventure in the coming months.

“The Scout” is the first episode of “The Lost Legends of Redwall™” and is best understood as a stealth-adventure game, taking place in the middle of winter prior to the events of the original “Redwall™” book.

“The Scout” tells the story of a mouse [ET1] who is driven to Redwall Abbey when sea rats raid the peaceful village of Lilygrove. Not too far from the storied walls of Redwall Abbey is a small village of mice and moles called Lilygrove. Our hero, Sophia, is the newest member of the Lilygrove Scout Corps, a group of woodland rangers tasked with the protection of the little village and trained in the ancient ways of woodcraft. But her graduation is cut short by the sudden raid from a band of sea rats led by the brutal wearet, Scumsnout. It will take all of her wit and guile to make it out alive!

The events of “The Scout” play out along the ancient, but now altered, course of the mighty River Moss. What was once a wide river is now the sunken bed of a seasonal creek that that runs east-west between Redwall Abbey and the Great South Stream that feeds the swamps south and east of Salamandastron. The player must find a way through the confusing snow-covered channel punctuated by occasional hedgerows, ancient stone walls, scattered shacks, and the few-and far-between hearths of friendly woodlanders. Along the way there is untold adventure to include (of course) feasting, fiddling, and even a few fisticuffs as we meet Valo Scrimpaw, the mysterious stoat who lives in the Winsome Wraith, Scumsnout the murderous weret, and even the ghost of Martin who offers assistance just when all seems lost.

“The Scout” debuts a dynamic scent system unlike any game before it. Rather than stagnant, pre-designed paths that imitate scent, particles read the wind and the world to simulate realistic currents and pools. Scents themselves consist of parts and patterns designed around actual scent theory.

Outside of scent “The Scout” is alive with both friend and foe – each sporting their own stories, values, and motives. It’s up to the player to decide whether they will prioritize the mission and leave the others to save themselves, or take the time to lend a helping paw.

As a new member of the Lilygrove Scout Corps, you may not be able to fight, but you’re clever, fast, and capable of some amazing leaps and daring stunts. Shimmy along ledges, scramble sheer cliffs, even squeeze through impossibly small spaces. With courage, faith, and friends by your side, Lilygrove’s fate rests in your paws.

The Lost Legends of Redwall The Scout-HOODLUM 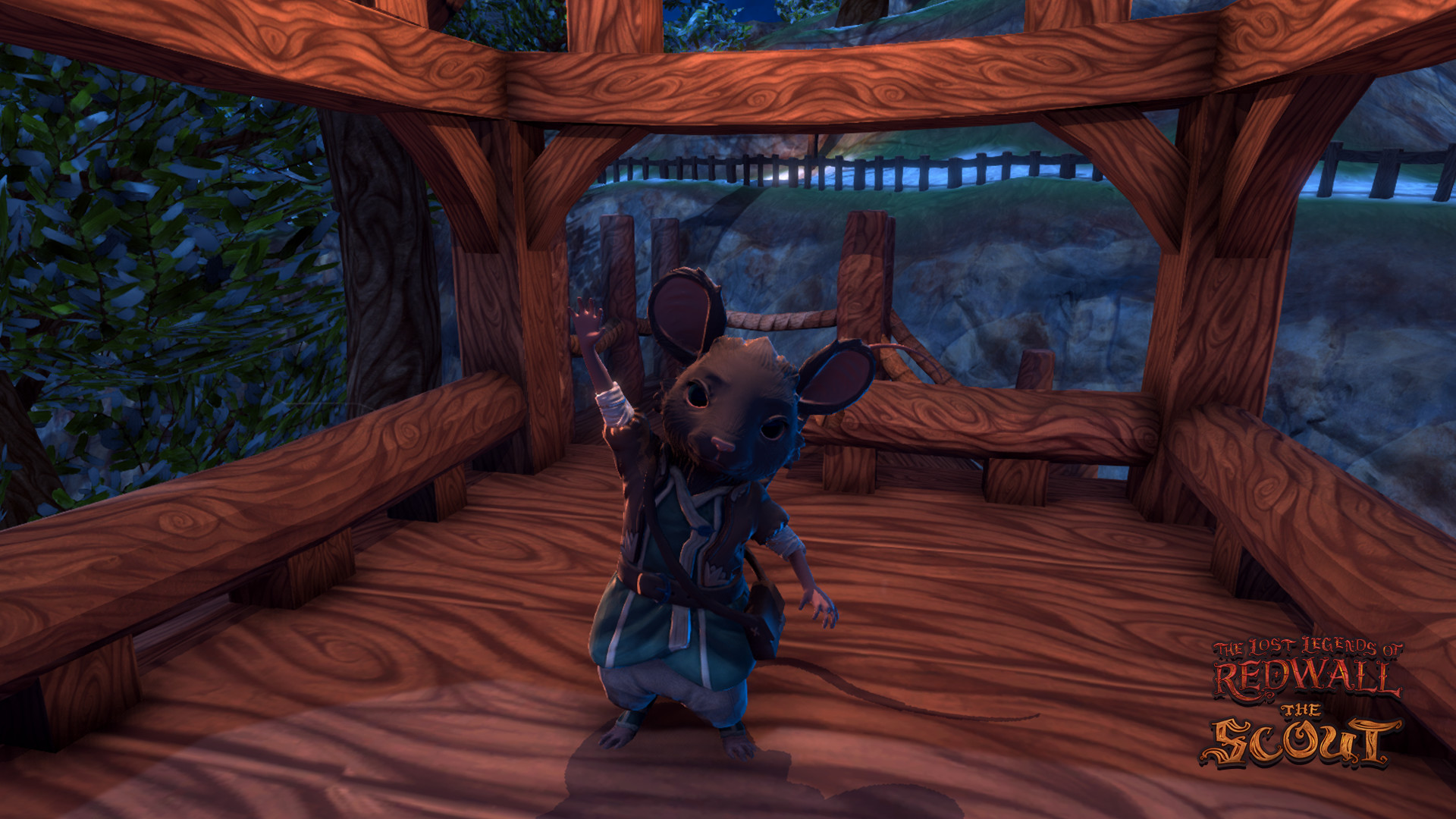 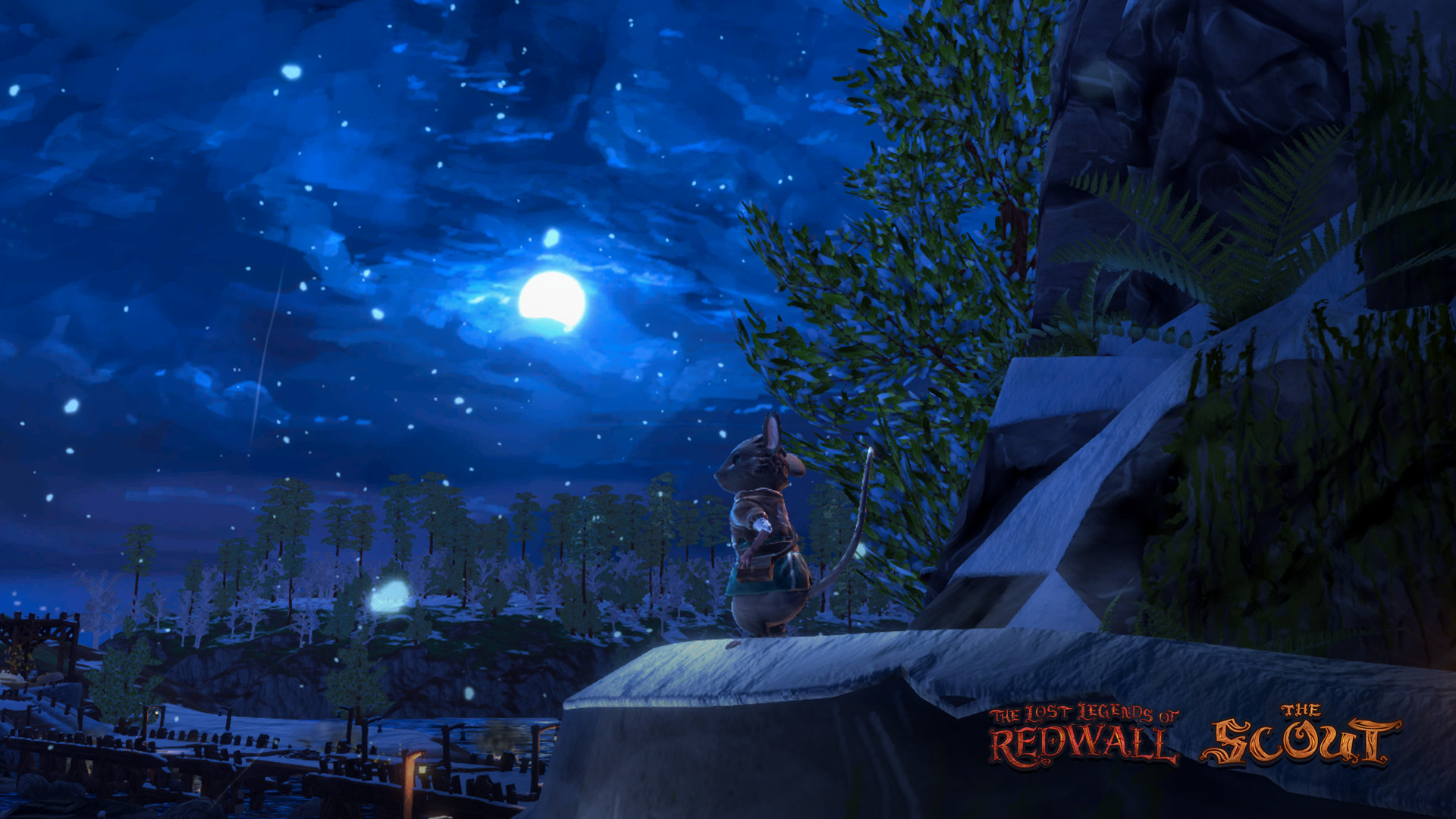 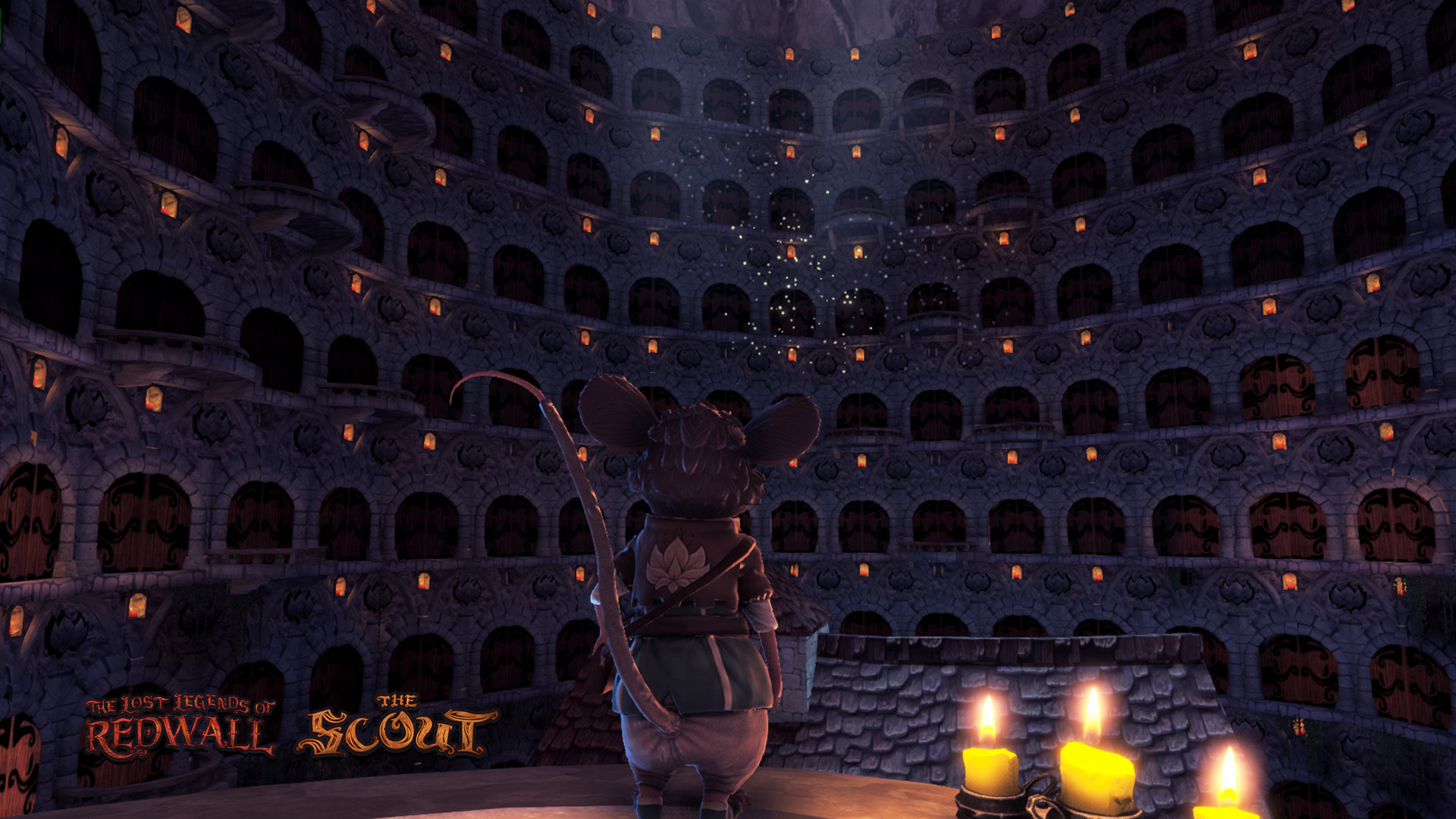