※All characters involved in sexual content are over the age of 18.

Cohabitation with a naive succubus?! In this love-adventure game set in Akihabara, you can enjoy the sweetly thrilling and slightly naughty day-to-day life with an innocent succubus!
The "E-mote" engine that can move illustrations smoothly and three-dimensionally is used for standing pictures in the game.
The characters displayed on the screen move as if they were alive.

"The creatures of the demon world known as ""succubus"" use a male’s sexual energy, his ""technoforce"" as their nourishment.

One day, one such succubus known as ""Lovelia"" appears suddenly before the main character to steal the power of his lust, known as his ""technoforce"".
Considered to be one of the greatest beauties in 1000 years, Lovelia may look bewitching, but the truth is that this is her first ever work assignment and she is very naive when it comes to men.
Lovelia tries again and again to steal away his technoforce, but her innocence gets in the way of any real progress.

Unless Lovelia succeeds in harvesting the technoforce of the one she has chosen to possess, she can’t return home to the demon world, nor can she possess another man. …Lovelia finds herself stuck living together with the main character."

Contrary to appearance, Lovelia is actually a naive succubus apprentice.

Lovelia appears at the main character’s house in order to harvest his "technoforce",
the power derived from a male’s lust.
In the demon world, she is considered to be one of the greatest beauties in 1000 years, but Lovelia is still naive, despite being a succubus.

Lovelia has a strong tendency to day-dream, and the slightest comment from the main character leads her to have instant naughty fantasies.

Copy root.pfs.040 to the game install directory to unlock the R18 content
Copy saveg.dat to %APPDATA%\qureate\TroubleDays to unlock the extras menu 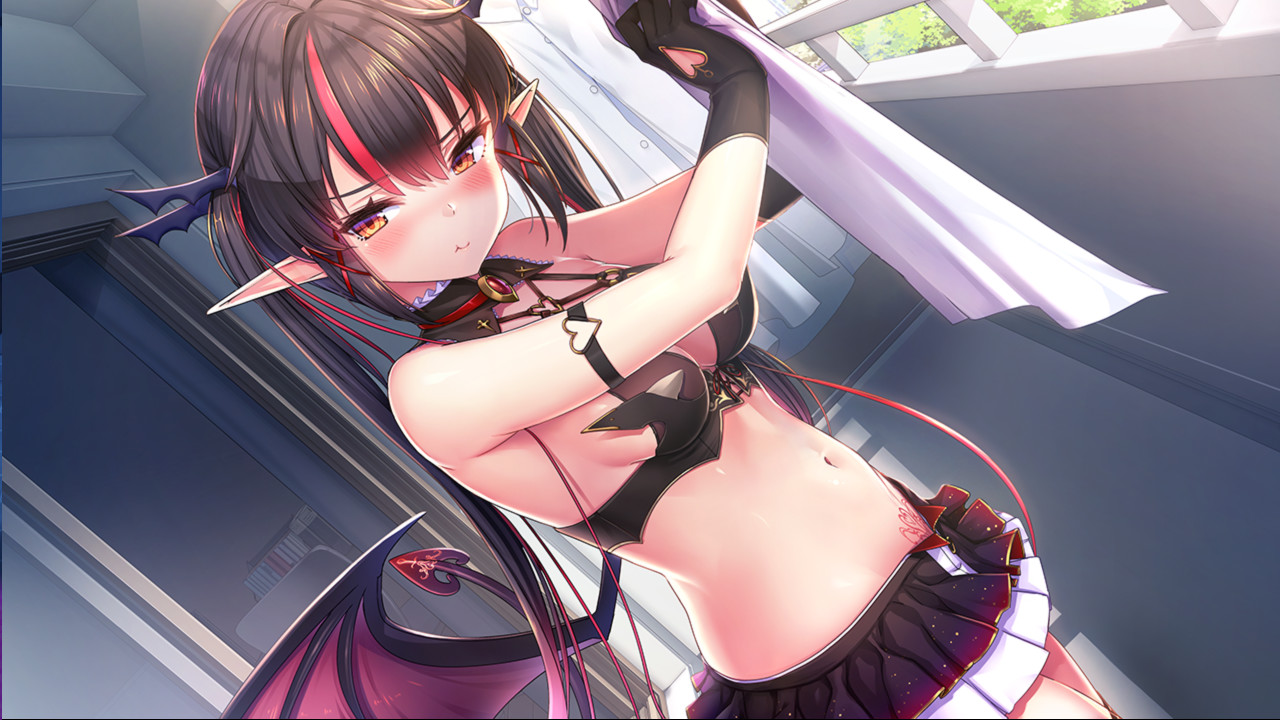 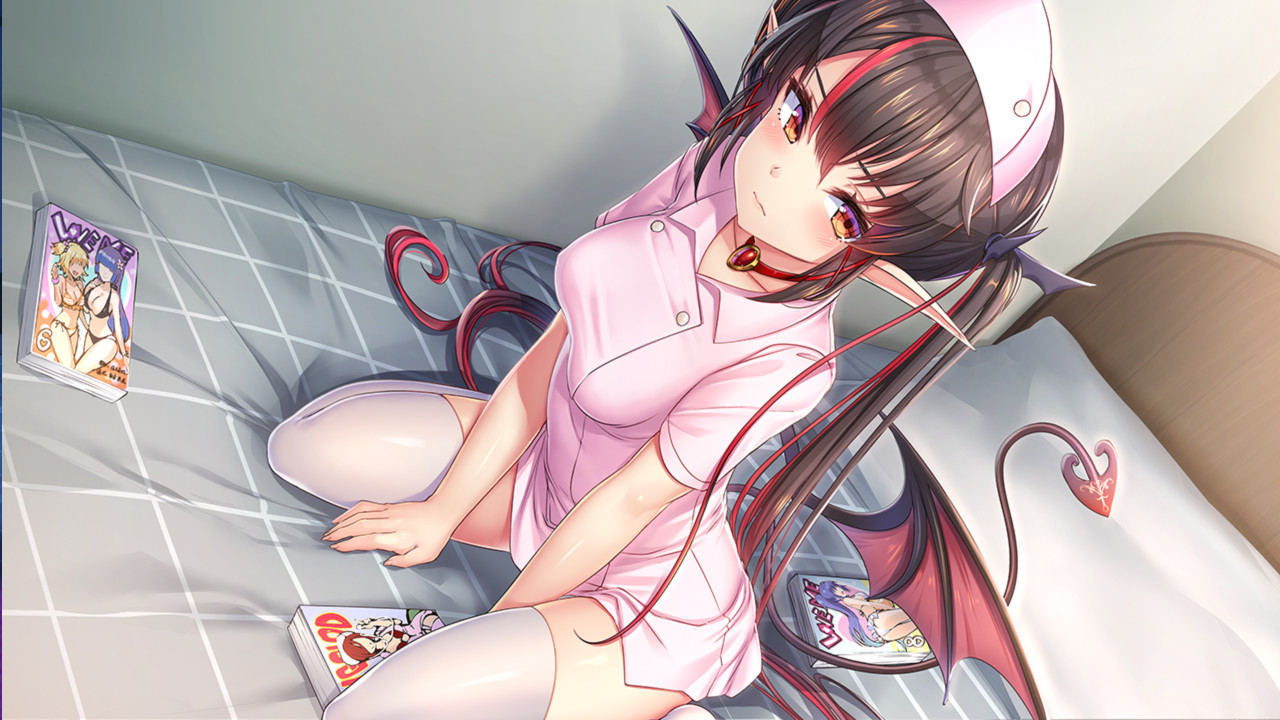 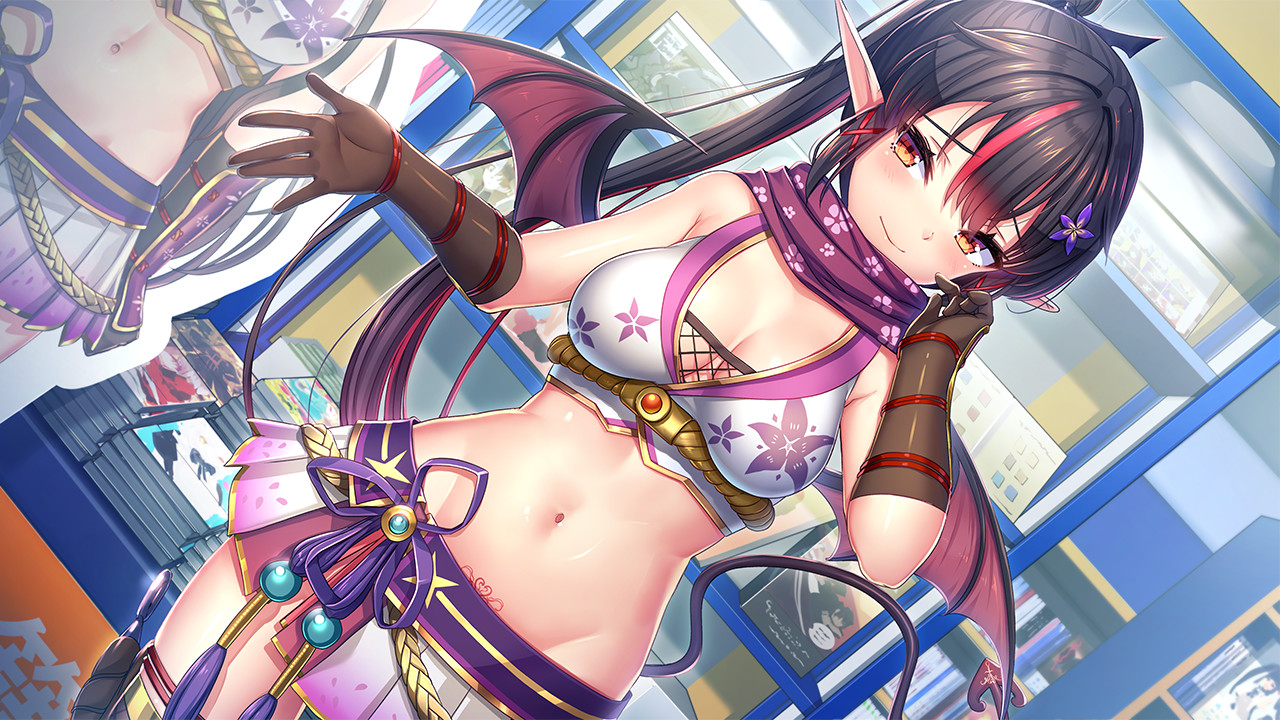