Two Point Hospital Off the Grid-CODEX

From Hogsport to Blighton, from Flemington to Smogley, from here to remote corners of the Wanderoff County Park, everyone is talking about Mother Nature.

Tabitha Windsock, Two Point County’s every-present mayor, has put rivers and forests back on the map with her sudden concern for ‘green-issues’. She’s got morals, integrity and, above all else, a cloying desperation to stay in office.

That’s right, voter research has repeatedly suggested that the environment is the No. 1 issue on everyone’s mind, here in Two Point County, and Ms Windsock is more than willing to fall on the sword of extensive positive press by founding the Department of Green Things.

You’ll face new illnesses, some of them bizarre, even by your standards, and manage new gameplay mechanics on your route to eco-friendly success. We believe in you, and Tabitha does too (sort of).

In Wanderoff County Park, Holistix have been farming rare, natural ingredients for years. Once they heard that the Mayor was planning to trial her green initiative in the area, they decided to open a nature commune, and take advantage of the foot traffic. It’s our job to care for the people attached to those feet. Our funding from Holistix will depend on how well we’re scoring on their new scale…

Yes, the (less than) fine people at Holistix have developed something called a "Wellness Index", which uses a number of different criteria to measure the overall wellbeing of a community. They believe that they’ve found a correlation between high scores on the Wellness Index and a willingness to purchase their organic tat. We won’t receive much for diagnosing and treating patients, so if we want to make money we’ll need to score well on the Wellness Index by focusing on its six criteria: staff and patient happiness; attractiveness; hygiene; reputation; and cure rate.

Many of those traditions are practiced in the area to this day, for some reason… Yes, strange traditions such as herbal medicine and horticulture. The residents practice a root-to-stem approach, you won’t find them munching on Cheesy Gubbins, so you’ll need to keep everyone fed and watered by growing your own fruit and vegetables, and collecting rainwater. But the botany doesn’t end there – no! – medicinal Herb Gardens need to be used to treat the region’s most herbaceous afflictions.

Welcome to Windsock, the County’s first eco-city and its most expensive thing to be named after, and founded by, the same person. The city has taken over the news, provoking questions like: “How does this work?”, “Why haven’t we done it before?” and “Who paid for this?”. Say what you like about Tabitha, she really wants to get re-elected.

Windsock City doesn’t rely on the usual means of power. Instead, you’ll need to build green energy machines to stay switched-on and self-sufficient. Each of your green energy machines, whether it’s a wind turbine, solar panel or hydro-dam, will increase the power capacity of the hospital. The power that you generate can be used to open rooms in your hospital, or allocated to the Patient Flow and Staff Applicants systems, to influence transport in and out of the city.

Bag yourself a delightful collection of new eco-friendly items for your hospitals, including a fetching rainwater collector, a door between dimensions and what can only be described as one of the best butter churners in videogames.

Two Point Hospital Off the Grid-CODEX 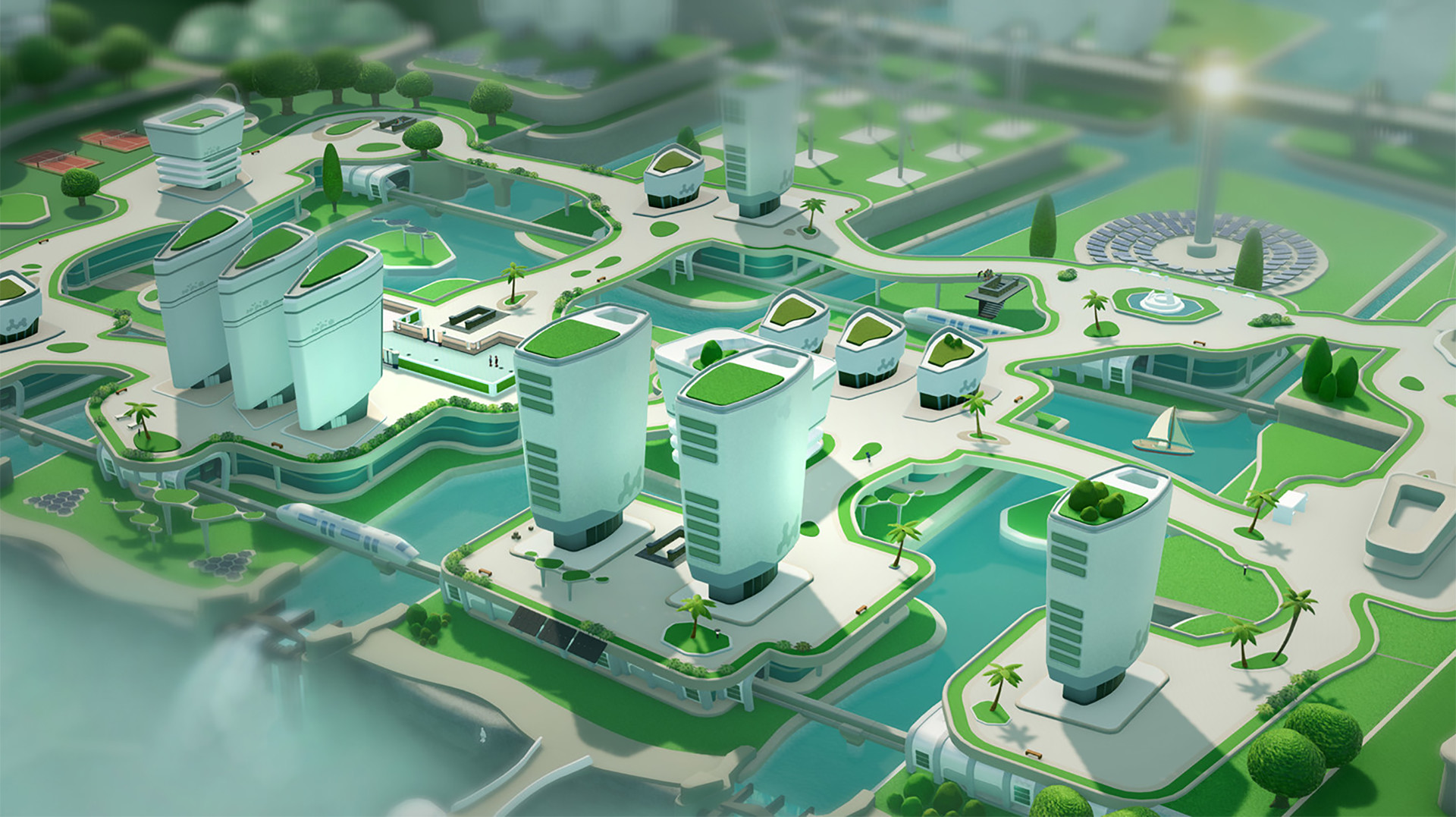 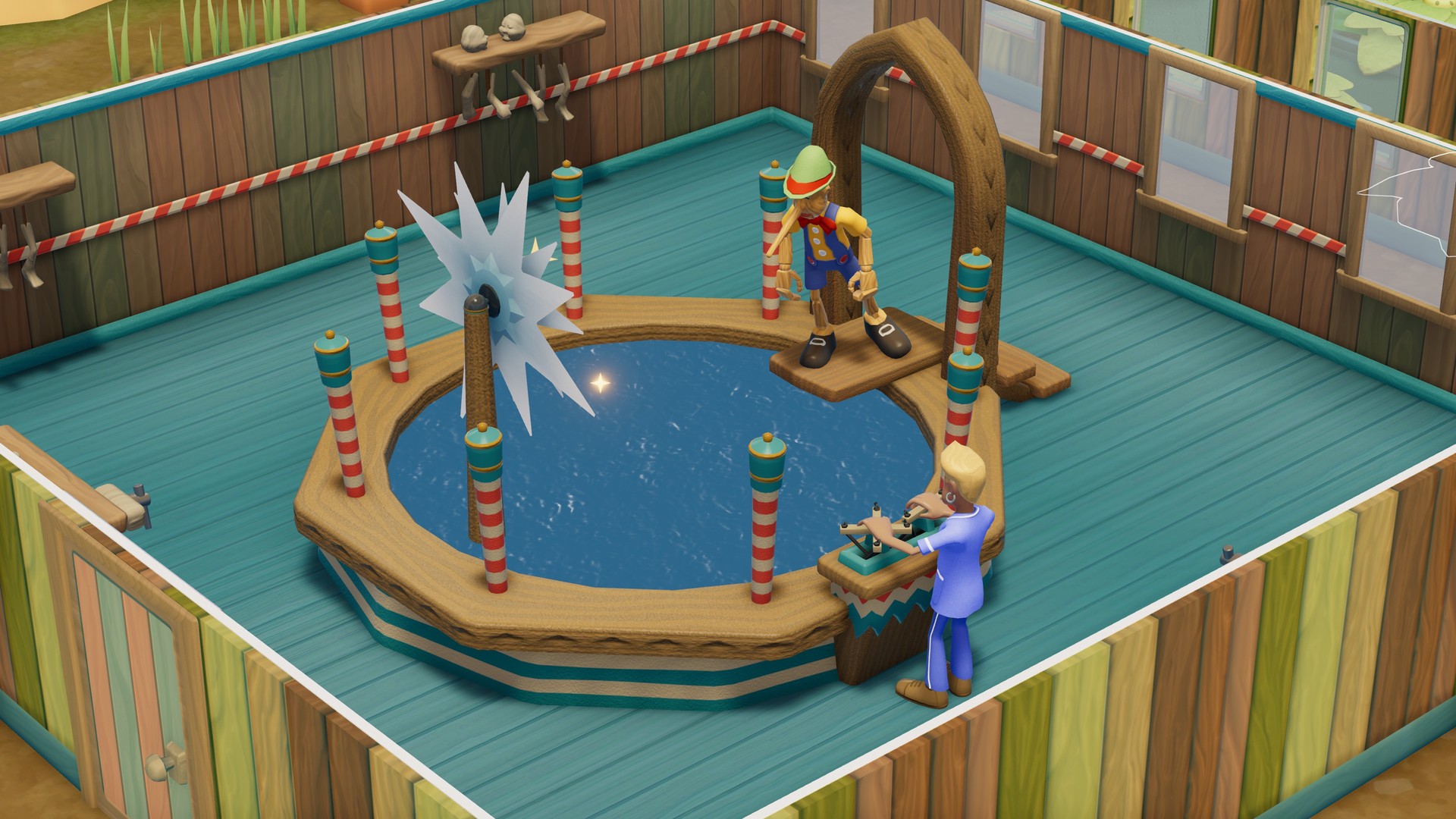 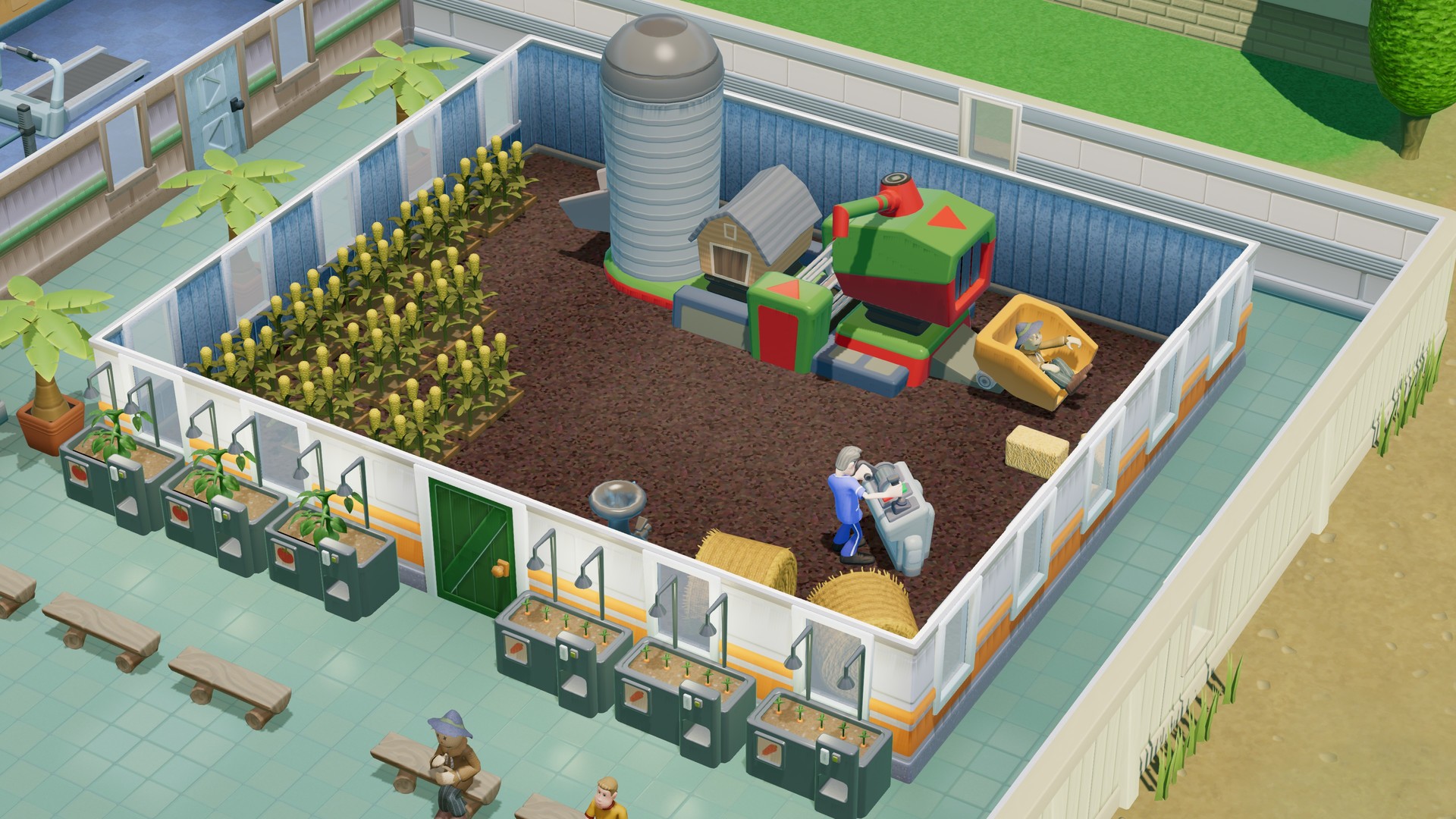