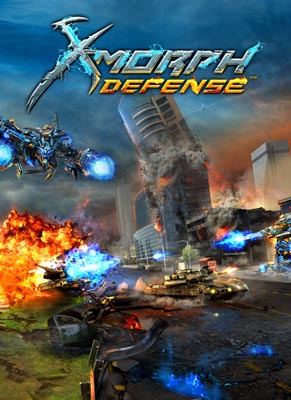 Unique fusion of a top down shooter and tower defense strategy. You are the X-Morph – an alien species that invades Earth to harvest its resources and terraform the surface. Strategize in the build mode by carefully selecting various types of alien towers or throw yourself right into heat of the battle. Build mazes for incoming enemies in an environment that provides exceptional planning freedom. Tear down buildings and collapse bridges to support your defense or to simply indulge in a spectacle of unprecedented destruction. Possess a range of unique alien weapons and use defense strategies like you’ve never seen before in this genre.

Your goal is to defend the X-Morph harvesters from waves of incoming human forces. Each enemy wave is preceded by a setup phase in which the player can check what types of enemies are going to be attacking him and to observe their paths. There is no time limit for this phase, so the player can carefully plan his defenses or choose to start fighting immediately and place towers when needed during the battle. One of the game’s key features is the ability to build towers virtually anywhere on the map and to shape enemy paths by connecting towers with laser fences. The player can choose between building long mazes out of basic towers or placing more advanced towers which are more effective at different types of incoming enemies. Advanced tower types specialize in dealing with specific enemy types e.g. flame towers are great for destroying fast moving ground units, artillery towers are best at countering large groups of slow enemies, anti air laser is ideal for shooting down heavy bombers.

As the X-Morph fighter you can engage enemy units directly with a diverse arsenal of weapons. You can morph into four distinct forms which specialize in dealing with different kinds of threats. Each form has a basic attack and a special charged attack mode. The Plasma Fighter is the most universal form – good at destroying both air and ground units. The Dark Matter Bomber is great at decimating groups of ground units. It can also slow down time and release a dark matter bomb that can cut down buildings. The Shredder fighter is perfect for annihilating large numbers of human air units and clearing the sky. Finally the Laser Destroyer is best for smelting large single units. It can also charge up a gravitational anomaly that sucks in smaller enemy units. A large variety of weapons and enemies along with a dynamic, fully destructible environment provides a rich arcade shooter experience.

The game’s environments are constructed with a lot of attention to detail and they are almost completely destructible. From small picket fences to huge skyscrapers. Any bridge or building in the game can be collapsed and it’s destruction is dynamically simulated using realistic physics. The destruction is not only a visual effect as it can significantly influence the layout of the battlefield. The combination of dynamic environments, laser fences and real time calculated enemy paths creates unique gameplay scenarios.

Humans are desperate to defend their home world. They have created huge, building size, mechanical war machines to fight against each other, but now they will use them to destroy the X-Morph. Each boss fight is unique and heavily influences the gameplay environment. Entire cities will be destroyed.

X-Morph: Defence includes a split screen co-op mode. All missions have different gameplay scenarios designed specifically for co-op play. Enemies attack in larger numbers and from new directions making good cooperation essential to winning. In this mode the game can be played in many different ways, one player can focus on optimizing tower placement while the other shoots at enemies or they can both focus their firepower on the strongest attackers.

“X-Morph Defense is a fantastic meeting of 2 popular genres, and Exor Studios have made it work, and it works well”
9/10 – Adult Gaming Underground

“X-Morph: Defense is a marvel of physics, visuals, and that incredibly fulfilling arcade feeling.”
8.5/10 – TechRaptor 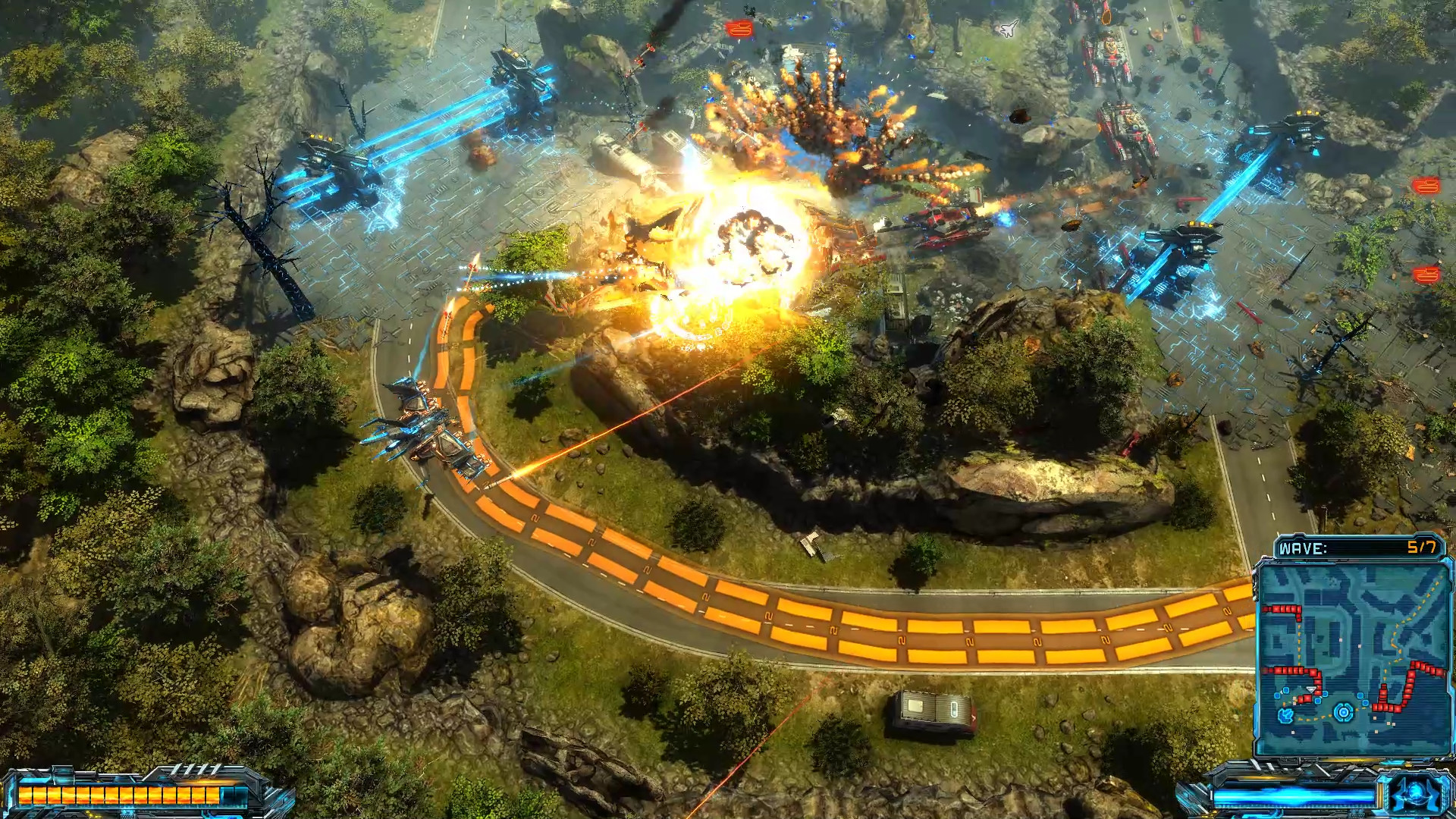 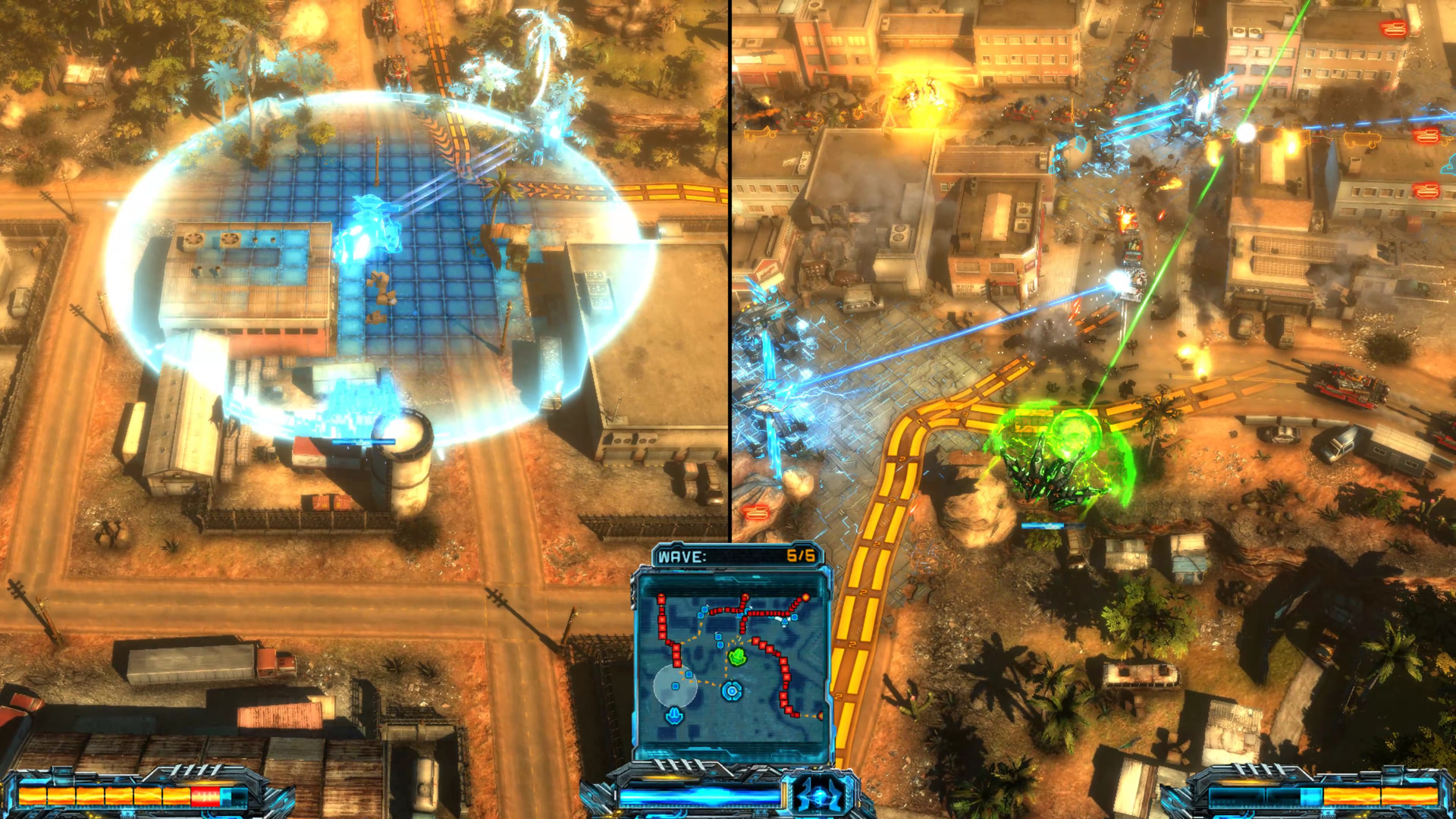 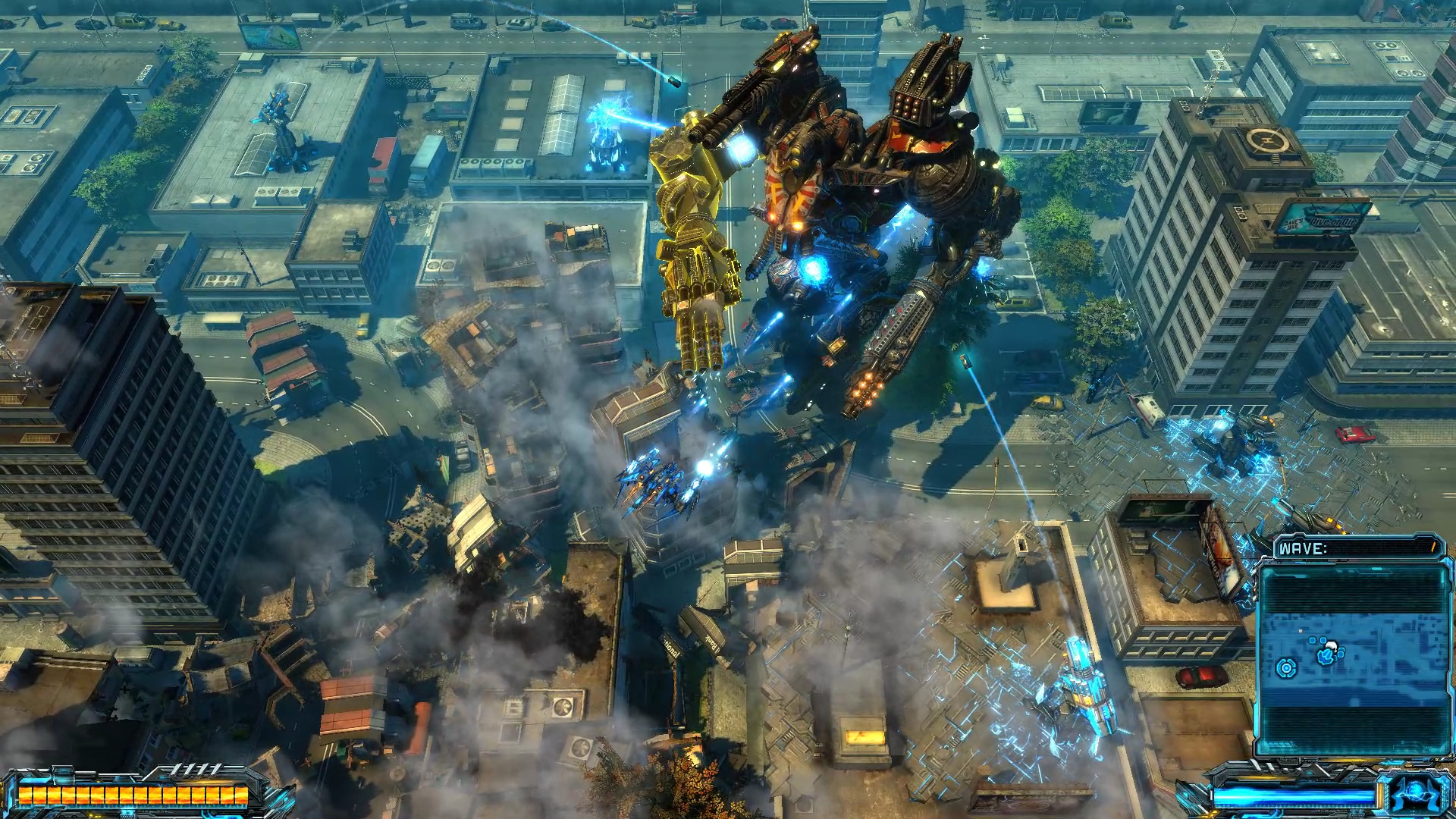